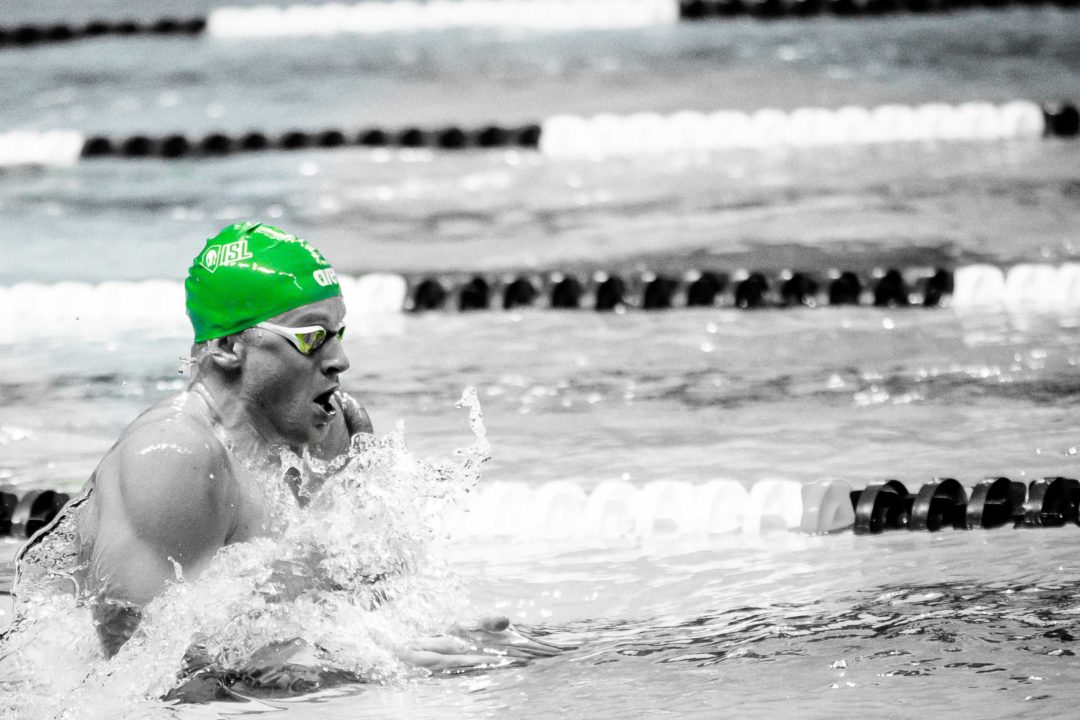 Scoring, skins, jackpot margins, cutoff times - we've broken down the ISL system as much as we can for fans following this weekend's season openers live. Archive photo via Jack Spitser/Spitser Photography

The 2020 International Swimming League season begins tomorrow. The second season adds several more scoring wrinkles to an already-complex system. We’ve broken down the system as much as we can below for fans following this weekend’s season openers live.

Teams can lose points outright for failing to finish (DNF), taking a disqualification (DQ), or leaving a lane empty (did-not-start, or DNS).

The Skin race point system has changed from last year. Instead of triple-points determined by overall finish order, the new format scores each of the three rounds individually. Only the top four make it to round 2, and the top two from the second round move on to the final round.

The big change is that now, cruising to 4th in the opening round and 2nd in the second round would actually yield less points than winning all three rounds. In addition, the penalties for a DQ increase as rounds go on.

The biggest new wrinkle this year is jackpot times, which allows a swimmer who wins by a wide margin to steal points from the bottom-end finishers in the event.

If a swimmer beats any other swimmers by the jackpot time margins below, the winning swimmer steals the finish points of the other athlete.

Teams also steal jackpot points if another team takes a DQ, a DNS, or a DNF in a race.

In addition, the league will continue to use cut-off times, meaning athletes will lose points if they swim slower than a set time.

A swimmer failing to meet these times will have a one-point penalty, while a relay will have a two-point penalty. These penalties are assessed after finish points are determined – so a swimmer taking 8th but missing the cutoff time will earn one point for the 8th-place finish, then take the one-point penalty for a total of zero points.

At the end of the meet, each team earns season points for their finish:

The Jackpot system will ruin ISL.

The Jackpot system really confused me while watching yesterday. Had no idea what was going on there at first. But, since at least one coach said that the importance of those Jackpots took him by surprise and he’d have to reconsider his line ups as a result, I guess I wasn’t the only one trying to figure out what was going on.

Jackpot, Cutoff – getting a bit too complex for scoring and fans to follow

I imagine when you don’t have to include the possibility of Katie ledecky sandbagging the 400 (not that she ever would anyway) the cutoff time goes down quite a bit? Unsure though.

Should we expect world records or am I getting ahead of myself?

It’s 2020. So, I assume that all World Records will be broken or none.

Yea dawg I think I’m not gonna care about points or teams and just watch the swimmers do their thing and hope for some great times.