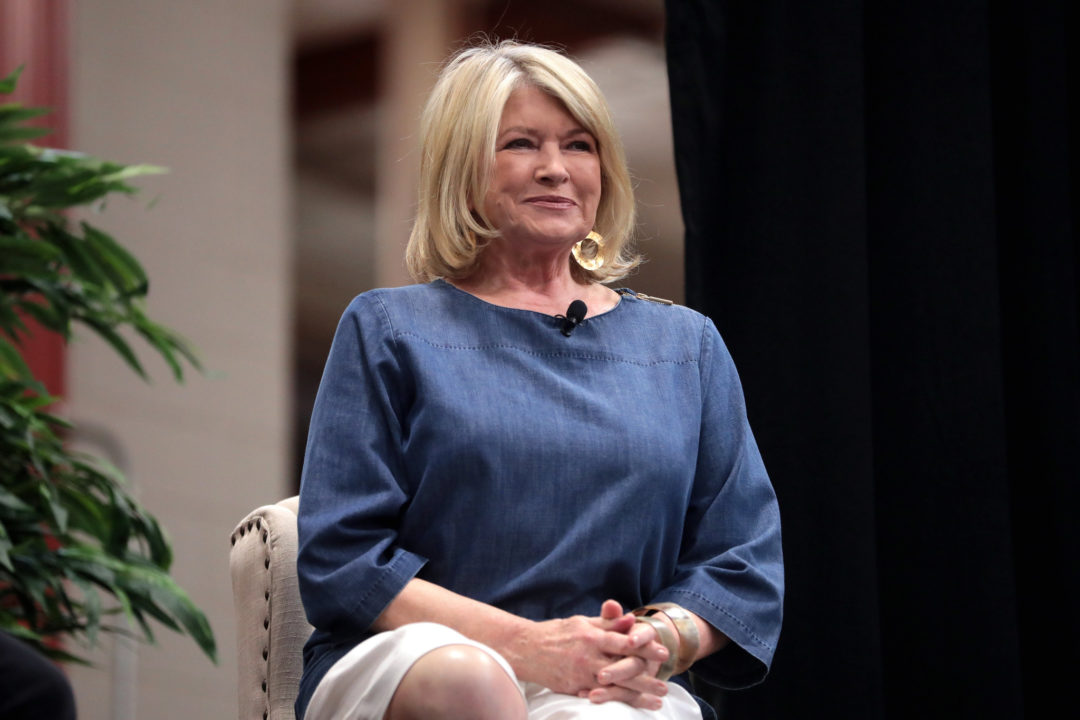 The Michigan women’s swim team got a pep talk from television personality Martha Stewart before the fourth night of racing at the 2021 Women’s Big Ten Women’s Championships.

Martha Stewart is known for her work in the entertainment industry as an author writing about cooking, baking and decorating. Stewart has also had a number of television shows throughout her career including The Martha Stewart Show, Martha Bakes, and Martha Knows Best.

The pep talk came about as a result of freshman Noelle Kaufmann‘s connection to Stewart. Kaufmann’s father works as a massage therapist in New York, where Stewart is one of his clients.

After mentioning that she was family friends with Stewart, some of her teammates didn’t believe the claim to be true so Kaufmann decided to prove it to them by getting her on the phone. Stewart chatted with the team via facetime before they left for the evening finals session. Stewart also wished Maggie MacNeil a happy birthday as she was celebrating her 21st.

In the clip that MacNeil posted on her Instagram story, you can hear associate head coach Rick Bishop chatting with Stewart about his own baking endeavors. Bishop likes to bake cookies and is a self-proclaimed fan of Stewart and her work. S

tewart’s well wishes for the team paid off as the Michigan women went on to have a successful night of racing, winding up in second place behind Ohio State with one more night of racing to go.

Kaufmann has so far raced the 100 butterfly and 100 backstroke at her first-ever Big Ten Champs, finishing in 11th and 13th place, respectively. She will race in the 200 backstroke prelim tonight. MacNeil on the other hand has picked up two victories so far at the meet, winning the 50 freestyle and 100 butterfly. She will look to defend her 100 freestyle title tonight in the 100 freestyle but will need to defeat teammate Daria Pyshnenko. Pyshnenko was a 47.92 this morning for top seed while MacNeil was a 47.95 for second.

Anybody with thoughts on what has happened with Rutgers swimming?

Not sure the relevance, but they had only a few swimmers on campus this season and redshirted most of the team. Didn’t even swim all 5 relays at Big Tens. So, COVID happened.

Discussed in the beneath article and podcast:

Cannot see how this sends a good message.

She got caught cheating. Anyone who’s been around stocks understands the rules. Massive hubris.

*Maybe* coming back from a setback would be motivational ?

She did her time in prison for her mistake. She hasn’t dwelled on that episode and went back to her work. She’s kind of haughty but she accomplished a lot through her own ambition and intelligence.

Her violation of the rules wasn’t a “mistake” made by a mature adult. She used her elite status to make $ oltge public weren’t privy to.

Yes, she served her time for a white collar non-violent crime, so I’m not saying she should be cast out if society. I’ve got nothing against her.

I *am* saying that I disagree w the call by the coaches to put her in front of the athletes. I see her presence as at-best distracting.

I understand what you’re saying and I might have felt the same way back when these events transpired. Today I believe she was singled out for prosecution as a high profile target. She put her trust in someone she shouldn’t have but she certainly did her time. Yes everyone who engages in insider trading should get the same penalties that she did — but they don’t.

So they got a pep talk from a convictwd felon…why is this celebrated?

All I could think of was Martha getting them all together and telling them, find the meanest bit** on the other team and shank her first, nobody will bother you after that”

Certainly not something we were expecting, but this is awesome!!