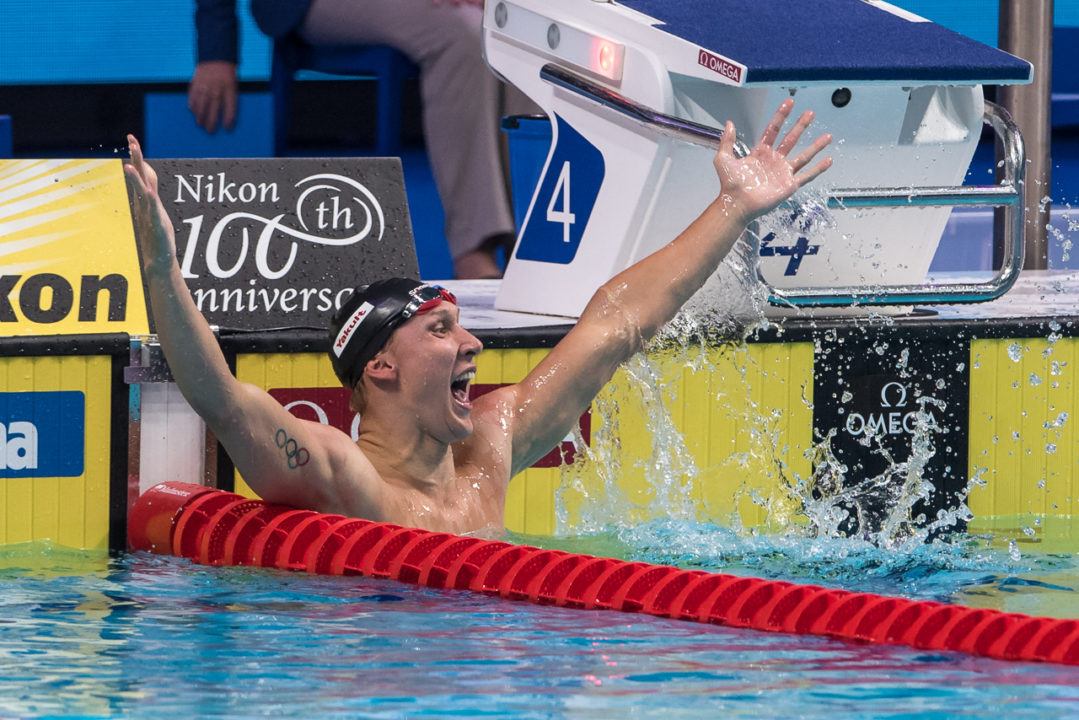 Three Georgia Bulldogs won gold medals on day 5 of the 2017 World Championships, pushing UGA into a tie for 2nd among all schools in our NCAA medal table. Current photo via Peter Sukenik/www.petersukenik.com

Three Georgia Bulldogs won gold medals on day 5 of the 2017 World Championships, pushing UGA into a tie for 2nd among all schools in our NCAA medal table.

Chase Kalisz got one individually with a win in the 200 IM, and Melanie Margalis and Hali Flickinger both earned golds with the U.S. women’s 4×200 free relay. Georgia has now won 6 total medals, but 5 of those have come in relay events. Kalisz was the first individual medalist for Georgia this year.

Louisville keeps pace in second place, as Mallory Comerford was also on that 4×200 free relay. Stanford still leads with 8, behind another relay gold from Katie Ledecky.

We’ve also added open water swimmers into our medal table. The list now includes 18 total schools that have racked up 54 medals thus far, with three days of competition to go.