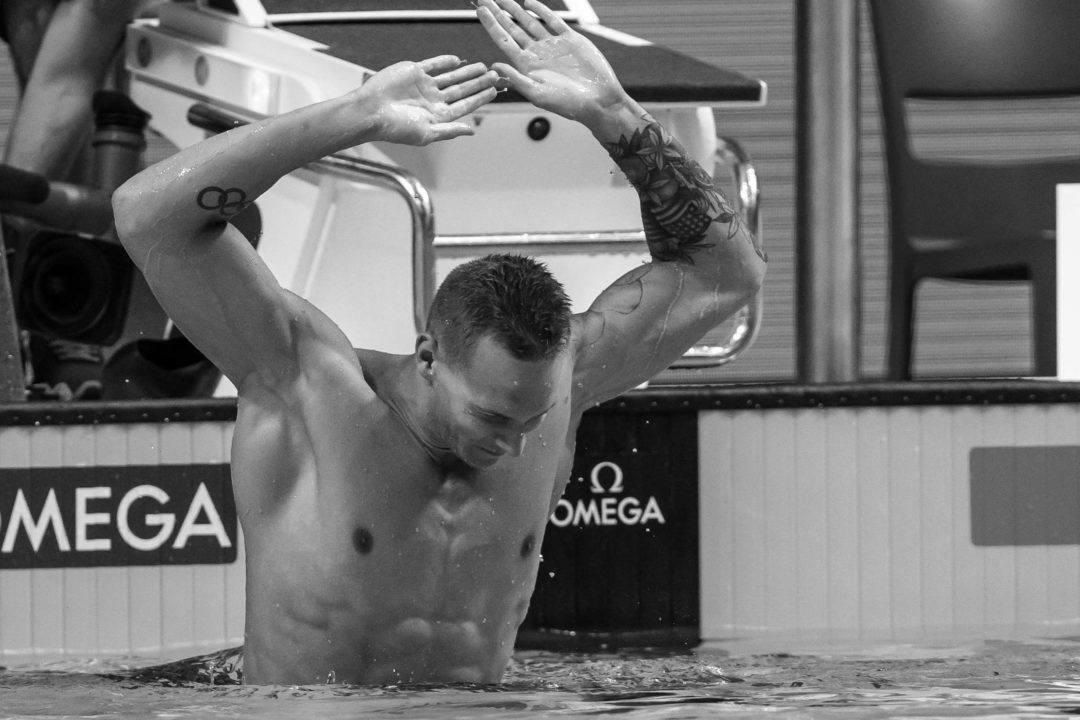 Florida won three medals - all from Caeleb Dressel - and California matched them to lead all NCAA programs on day 7 of the 2017 World Championships. Current photo via Mike Lewis/Ola Vista Photography

Florida won three medals – all from Caeleb Dressel – and California and Stanford matched them to lead all NCAA programs on day 7 of the 2017 World Championships. Dressel won the 50 free and 100 fly, plus led off the mixed free relay for three medals all his own.

Two of Cal’s medals came on the women’s side, with Kathleen Baker earning bronze in the 200 back and Farida Osman winning Egypt’s first-ever medal with bronze in the 50 fly. Nathan Adrian chipped in a gold as part of the mixed free relay.

Stanford’s women won three medals as well. Two were from the mixed free relay (where Lia Neal swam prelims and Simone Manuel finals) and one from the 800, where Katie Ledecky won her 14th career gold medal.

With Egypt and Singapore both now on the board, 6 different countries have now won medals using NCAA swimmers. 19 schools are represented on the medal table and 43 different swimmers have combined for 83 total medals.