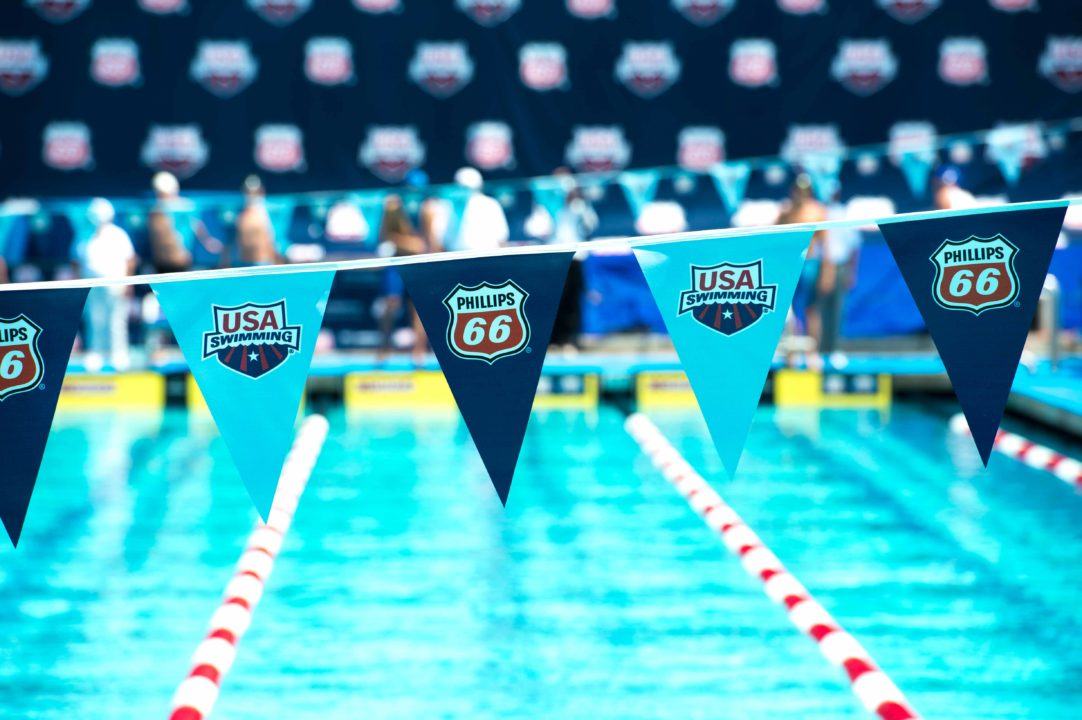 Rooney was the 15th seed there, but will instead focus only on the 100 free tomorrow, where he's seeded 10th. Stock photo via Mike Lewis/Ola Vista Photography

We have one scratch out of the top 8 for day 1, with junior star Michael Brinegar opting out of the 1500 free. Brinegar made headlines this season when he won Winter Juniors in a blistering 14:37 mile, then later in the spring popped a 14:35 to become the 3rd fastest 17-18 American ever. He was just a second off PJ Ransford’s NAG Record and dropped nearly 20 seconds from his time throughout the season. The women’s distance race got a scratch as well as 14-seed Leah Stevens of Stanford has opted out of the 800 free.

The only other major scratch for day 1 came from Florida’s Maxime Rooney in the 200 fly. Rooney was the 15th seed there, but will instead focus only on the 100 free tomorrow, where he’s seeded 10th. Scratching out of the 100 free, on the other hand, was Olympic backstroker Jacob Pebley, the 18th seed.

Rooney is definitely more well known for his freestyle races, but he did show some potential in the 200 fly after putting up a lifetime best 1:58.57 at the 2017 U.S. Open. He’s been as fast as 48.87 in the 100 free before, making him a definite contender for a finals spot. The 200 fly will come before the 100 free in tomorrow’s session, so this move gives him a better shot at a final in that race.

Stanford’s Ella Eastin is still entered for the 200 fly tomorrow. Eastin, who has been sick with mononucleosis, could have potentially missed the meet altogether, but it looks like she may be going for it despite her illness.

Jacob Pebley scratched the 100 free. Brinegar’s out of the 1500 fastest heat

Me, too. Even with mono, the resultant prolonged taper after her brutal training for the 400 IM might give her just enough to still have a good 200 fly to make the team. She’s tough as nails, so I still expect her to do well. Go Ella!

And I need her for my picks!😀

We’re talking about a real person, remember that….

Brinegar is already on the Pan Pac team for open water. Does that mean he can swim pool events there.

Not certain but I saw a comment yesterday saying that open water swimmers can swim pool events.

Yes, The Pan Pac OW Swimmers can swim pool events at Pan Pacs. The two male Tennessee Pan Pac OW swimmers are not tapering for their National swims and just training thru I believe.