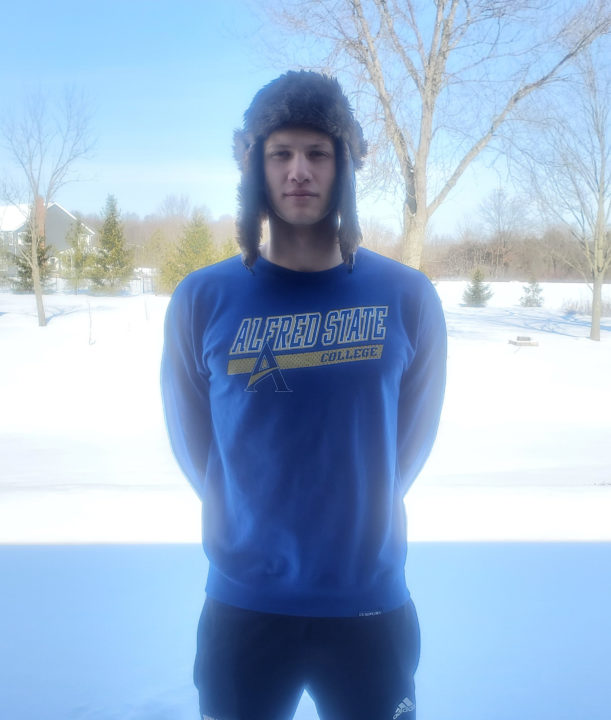 Luca Aldewereld of North Royalton, OH has verbally committed to swim for Alfred State College beginning in the 2021-2022 season. He is a senior at North Royalton High School and is their swim team captain this season. He swims year-round for the Ridgewood YMCA Dolphins, one of Northeast Ohio’s oldest teams.

I chose Alfred State University because of the award winning, vocational training program and the friendly team environment. Being part of an up and coming D3 swim team was very attractive to me and I can’t wait to prove myself as a valuable teammate. GO PIONEERS!!!

Aldewereld qualified for the Ohio HS State Championships both years. Junior year he swam the 50 free, touching 19th, and senior year he touched 12th in the 50 free and 17th in the 100 free.

He will be joining free and fly specialist Jazz Widney as a member of the Pioneers’ class of 2025.

Can’t wait to watch my team rise to the top out of nowhere, LETS GO ALFRED