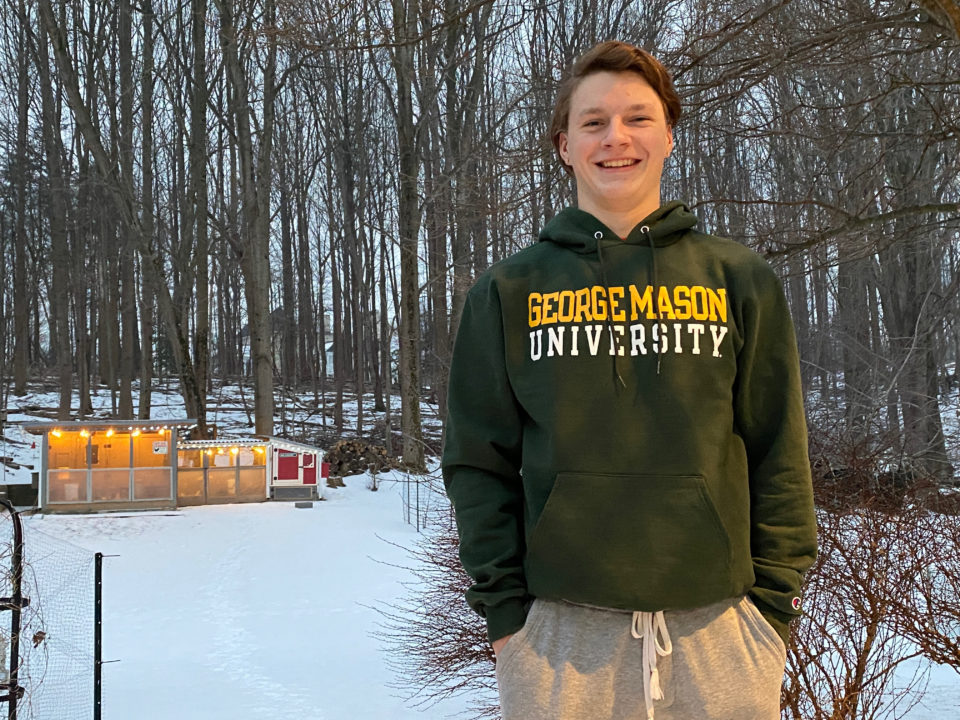 George Mason University has added breaststroker Gabriel Fouts to its roster for the 2021-2022 season. He will be a member of the class of 2025. Current photo via Gabriel Fouts

Gabriel Fouts of Gaithersburg, MD has announced his decision to swim for George Mason University beginning in the fall of 2021. Fouts swims club at the Rockville-Montgomery Swim Club and he is in his final season at Quince Orchard High School.

I am so excited to announce my verbal commitment to swim and continue my education at George Mason University. I couldn’t thank my family, friends, coaches and teammates enough for supporting me every step of the way. Go Patriots!!!

A week later, Fouts competed at the 4A3A State Championships in the 50 free and 100 breast. He was state runner-up in the 100 breast, touching 0.13 seconds behind Ben Long Zuo of Winston Churchill High School. Fouts went 1.65 seconds faster than he had the previous week, and his new personal best time was a 2020 Futures qualifying time.

Last March, Fouts was the Potomac Valley Junior Championship runner-up in the 200 IM. He was seeded 6th after his prelims swim, and jumped up to second after dropping 0.47 seconds. The Rockville-Montgomery swimmer also finished 13th in the 100 fly, recording a personal best time of 54.80.

George Mason University won the 2020 Atlantic 10 Conference Championships. Luke DeVore was the team’s top scorer, winning gold medals in the 100 and 200 fly and earning bronze in the 200 IM. Fouts will be a top breaststroke for the Patriots when he arrives on campus in the fall of 2021. His 100 breast time would have been the team’s fourth-fastest during the 2019-2020 season. Jake Ball, Christopher Stankiewicz, and Wallace Watkins – the top three in the event – will have graduated before Fouts joins the team.

Troy Durocher and Alexander Franklin have already announced their intention to swim for George Mason’s class of 2025.

It seems as though there will be no high school swim and dive season this year.