Who Will Be Team USA’s Assistant Swimming Coaches In Tokyo? 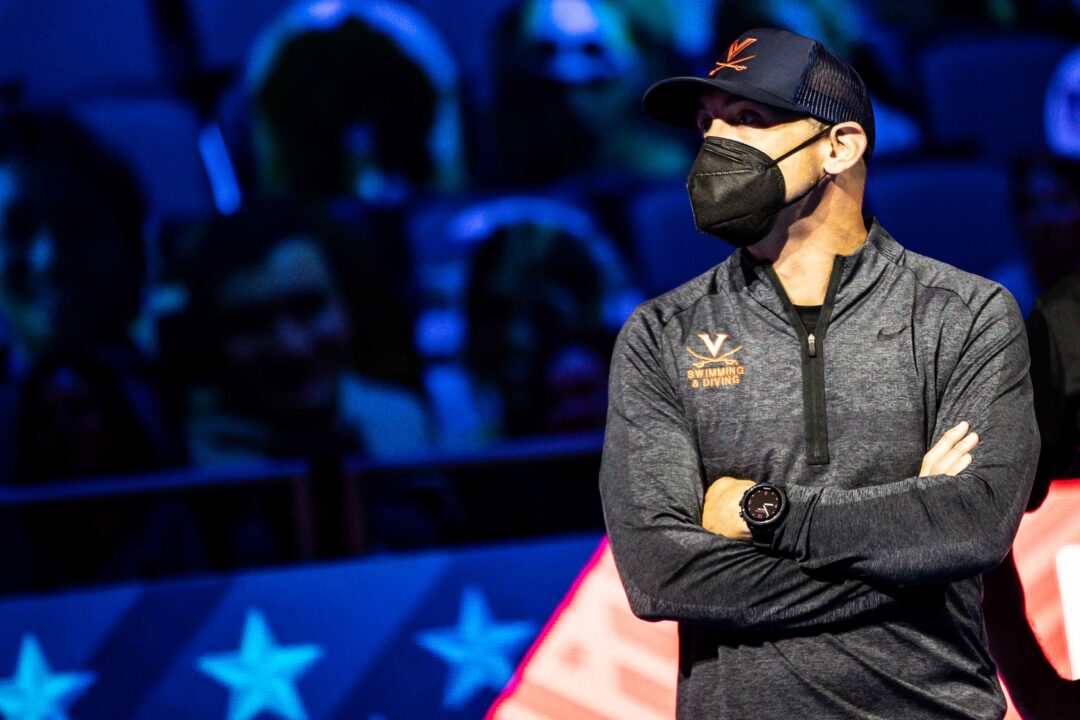 With three of his swimmers already on the Olympic team, Todd DeSorbo has all but locked up a spot as a women's team assistant in Tokyo. Current photo via Jack Spitser/Spitser Photography

Now that we’ve passed the halfway mark of the 2021 U.S. Olympic Trials, it’s time to play the speculation game: which coaches could be added to the American Olympic staff in Tokyo?

We’ve known who the head coaches will be for the last two and a half years—Dave Durden will be at the helm of the men’s team, and Greg Meehan leads the women. Both men were assistants of those respective teams at the 2016 Games in Rio, and have already slotted multiple swimmers onto their respective rosters.

Durden, who’s the head men’s coach at Cal, has put Ryan Murphy (100 back) and Andrew Seliskar (800 free relay) on the men’s roster, and Meehan, the Stanford women’s head coach, already has Katie Ledecky (200/400/1500 free) and Brooke Forde (800 free relay) on the (unofficial) roster. Another one of Meehan’s athletes, Simone Manuel, is expected to qualify in the coming days.

So beyond them, which coaches are in position to be named assistants? Three assistant coaches will be named to both the men’s and women’s teams. Let’s take a look at some of the candidates below.

One coach who is essentially a shoo-in to be named to the roster is University of Virginia head coach Todd DeSorbo, who has qualified Paige Madden (400 free, 800 free relay), Alex Walsh (200 IM) and Kate Douglass (200 IM) on the women’s side.

DeSorbo has found immense success coaching the Cavaliers in the NCAA, including leading the team to the women’s national title this past March (with all three of the aforementioned swimmers winning individual titles), and he also led Ryan Held (USA), Soeren Dahl (Denmark) and Simonas Bilis (Lithuania) to Olympic berths in 2016.

Bowman, the head men’s Olympic coach in 2016 largely due to the presence of the GOAT, Michael Phelps, has two swimmers expected to be named in individual events on the women’s side in Hali Flickinger and Allison Schmitt. Flickinger was second in the 400 IM, and is the favorite in tonight’s 200 fly final, while Schmitt qualified for her fourth Olympic team on Wednesday by placing second to Ledecky in the 200 free.

It’s unclear whether or not Bowman would accept this position, having intimidated in the past that it was time for the next wave of coaches to take over. Bowman was also involved in a bit of controversy in 2018, which may or may not impact USA Swimming’s decision on whether or not to join the staff.

Looze was an Olympic assistant in 2016 for the women’s team, and was also the head men’s coach at the 2018 Pan Pacs.

We’ve frequently seen the coaches of some of the team’s biggest stars named to the staff, and Looze has that on the women’s side in Lilly King. He’s also got Annie Lazor, who has a great chance to qualify on Friday night in the women’s 200 breast.

Looze also has Zach Apple qualified on the men’s team, with Blake Pieroni in line to join him in tonight’s 100 free.

Parratto has undoubtedly one of the biggest rising stars in the country, Regan Smith, who is an Olympic gold medal favorite in the women’s 100 and 200 back, and could also qualify for the 200 fly on Thursday night.

Aitken has put 20-year-old Erica Sullivan and 16-year-old Bella Sims on the team, both having a standout meet in Omaha.

Bauerle is a veteran coach, including serving as a men’s assistant in 2016, and looks like he’s in line to do so again with Chase Kalisz, Jay Litherland, and Andrew Wilson all qualifying for the team. Nic Fink has a chance to join them tonight.

Michael Andrew has already qualified in one event, and has a chance to add up to three more. That would put his father and head coach, Peter, in line to potentially be an assistant.

Caeleb Dressel has yet to officially make the team, but that should be taken care of tonight. If selected and accepted, Troy would bring a wealth of experience to the coaching staff, and he’s also got another swimmer, Ryan Lochte, looking to make a run and qualify in the 200 IM.

Nesty’s pupil in Gainesville, Kieran Smith, has emerged as one of the biggest stars through the first four days of competition, winning both the men’s 200 and 400 freestyle.

Had Hook pulled it off, you would have to mention Bruce Marchionda. That would have been two athletes for him.

“having intimidated in the past”

perhaps, “having intimated in the past”

Why not Chris Plumb from Carmel Swim Club?

If Ron Aitken isn’t on this staff, it will be a criminal act. 2x men, 2x women.

Hardly can count those two men…representing SAND in cap only. Girls representation absolutely. Although not sure this is necessarily more than others on this list…and those two men actually add to Looze’s list…

I feel like Looze and Bauerel are the safest bets, no?

Can we get a double event qualifier update?