Tokyo 2020 Olympic Swimming Previews: Rylov Puts US Streak At Risk In 200 Back 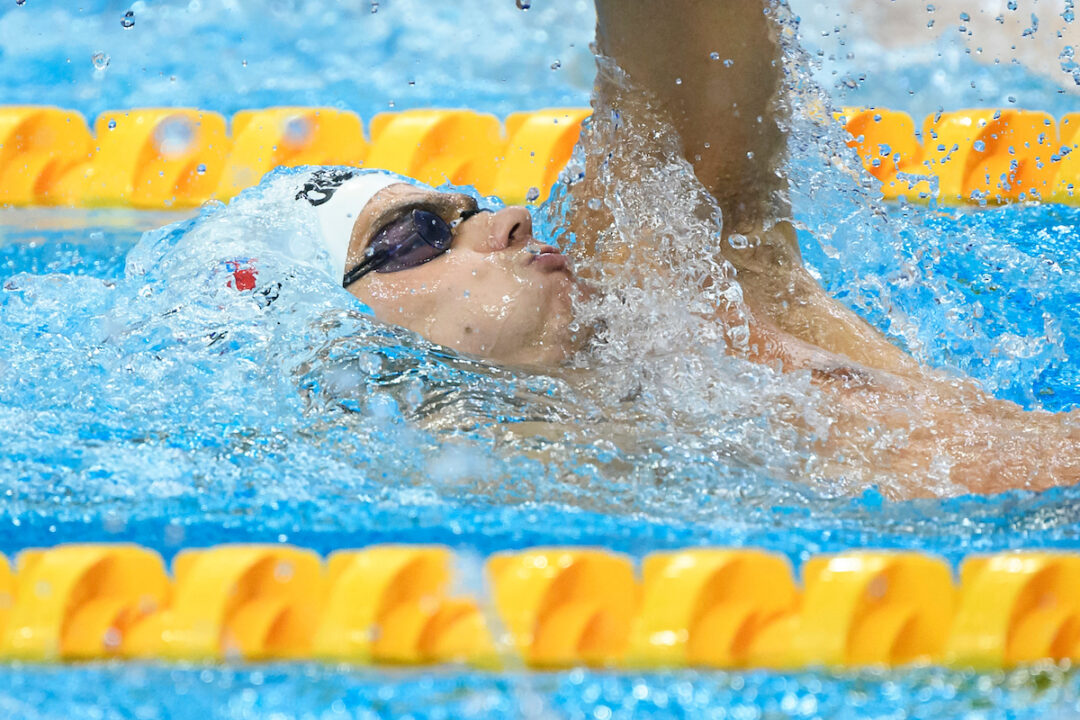 The Americans have won sixth consecutive Olympic gold medals in the men's 200 backstroke, but Evgeny Rylov is poised to put an end to that run. Archive photo via Andrea Staccioli / Deepbluemedia / Insidefoto

The men’s 200 backstroke has been dominated by the United States over the course of Olympic history, winning nine gold medals over 14 Games (excluding 1980), including topping the podium six consecutive times coming into 2021.

Ryan Murphy carried on the great American backstroking tradition in 2016, sweeping both the men’s 100 and 200-meter events (the U.S. men have also has also won six straight gold medals in the 100 back).

If Murphy were to repeat in the 200, he would actually become the first American to win two titles in the event, and just the second man ever after East German Roland Matthes won consecutive crowns in 1968 and 1972.

However, Murphy’s chances of going back-to-back and keeping the American run alive are in serious jeopardy.

Since winning Olympic gold in 1:53.62, Murphy has only dipped under 1:54 once, 2018, when he set his best time of 1:53.57. He’s been beaten handily by Russia’s Evgeny Rylov in each of the last two World Championships, and Rylov has undoubtedly asserted himself as the favorite.

After claiming bronze in Rio, Rylov has been on an absolute tear.

Rylov occupies five of the 17-fastest swims in the event’s history—more than any other swimmer—and has been 1:53 at least once in five of the last six years, only failing to break 1:54 in the competition-scare 2020.

The Novotroitsk native swam his fastest-ever time, 1:53.23, at the Russian Olympic Trials in April, making him almost a full second faster than Murphy, who ranks second in the world this year at 1:54.20.

It’s Rylov’s race to lose, and Murphy will need a special performance to make it close.

For Murphy, he was at his best in 2016 and 2018, and just a bit off in 2017 and 2019. Now he’s had two years to really dial things back in in preparation for a second Olympic bid, and his Trials times indicate he’ll have another ‘on’ performance in Tokyo.

Murphy had dropped three tenths from Trials to the Games in 2016, and if he follows a similar trajectory this year, he’ll be right around 1:53.9. That’s a safe bet for silver, but he’ll probably need a PB to challenge Rylov and keep the American streak intact.

Luke Greenbank has really come into his own of late, following up a surprise bronze medal at the 2019 World Championships with a massive best of 1:54.43 earlier this year, making him the fourth-fastest man in the world and the third-fastest who will race the event at the Games.

That leads us to the event’s most notable absence, Australian Mitch Larkin, who has opted to focus on the 200 IM instead. Larkin owns four of the top-20 swims of all-time, all from 2015, and took silver behind Murphy in Rio. He has been 1:54.38 this year, which would’ve made him a medal contender if the 200 IM didn’t conflict on the schedule.

The other sub-1:55er in 2021 is American Bryce Mefford, who upset names such as Austin Katz and Shaine Casas to place second to Murphy at U.S. Trials.

Mefford’s 1:54.79 in Omaha was a huge time drop, so predicting him to go any faster wouldn’t be prudent. But if he’s in range of that, he’s in the top-five and potentially close to the bronze.

Xu has been 1:55.26 this season (late 2020), and he’s certainly talented enough to get on the medal stand. It’s worth noting that he pulled out of the event’s semi-finals at the 2019 World Championships to focus on the 800 free relay, so his commitment to the event could be a question mark.

Japan’s Ryosuke Irie has been among the best in the world in this event for more than a decade, and while he may not be going 1:53s anymore, he’s still able to crank out 1:55s seemingly at will despite being 31.

Irie’s teammate Keita Sunama, France’s Yohann Ndoye Brouard and Hungary’s Adam Telegdy have all been 1:56-low recently, which should put them right on the edge of qualifying for the final.

There’s a sea of swimmers entered in the 1:56s (13), so expect it to be extremely close in the fight to advance out of the prelims and to get that last spot or two in the final.

A few youngsters worth keeping an eye on include Switzerland’s Roman Mityukov, who will turn 21 during the Games, 19-year-old Frenchman Mewen Tomac, and 20-year-old Czech Jan Cejka.

Mityukov has been 1:56.4 or better in each of the last three years, and is coming off a bronze medal victory at the European Championships. Tomac dropped a second from his best time to qualify for the Games at the French Elite Championships in June (1:56.82), and Cejka, the 2019 European Junior champion, went sub-1:57 for the first time in the 2021 Euro prelims (1:56.66). He ended up finishing ninth in the semis, which should serve as a good motivator for the second round at the Games.

Dark Horse: Kaloyan Levterov, Bulgaria – The 18-year-old Levterov dropped a huge best time by almost three seconds in November, clocking 1:56.57 for a new Bulgarian Record. Levterov’s splits in that swim were pretty interesting: 28.7/28.8/29.6/29.3. With that kind of back-end speed, he’s got a lot of potential. He’s a dark horse, however, because that is still his only swim sub-1:59.

Would absolutely love to see Irie sneak in for bronze

On Olympic Channel today there were glimpses of the pool and diving venue. I think the backstrokers are going to like it. The lane lines on the roof were very distinct.

For me watching his 200back against Luke Greenbank was ominous. He was 53.5 in the 100back just a few days later and was still able to go 1:54.4. If he was able to do without presumably very little rest, it’ll be hard to see anyone get past him in Tokyo

Hard to go past Rylov although Murphy cannot be counted out.

I have felt that Larkin made a significant mistake chasing a mirage in the 200IM rather than this one but he made the call …. and will bear the consequences be they positive or otherwise.

In his absence, Greenbank has to be favoured for bronze.

It looks like all US streaks will be over. The US will be lucky to get 6 golds this year.

Saving this for when you are exactly wrong!

I didn’t know they had swum any races yet.

They have the number 1 seed in 7 individual events

The US will almost certainly not get anywhere near the 16 golds they got in Rio. However, I would be pretty shocked if they got less than 10. They’re basically guaranteed 2/7 relays plus Ledecky’s 1500 and Dressel’s 100 Fly. For them to only get 6 they could only win 2 extras out of about 10 other gold chances.

Rylov stands no chance against Ryan Murphy. With Coach Looze’s expertice, Rylov should be shaking in his boots!!