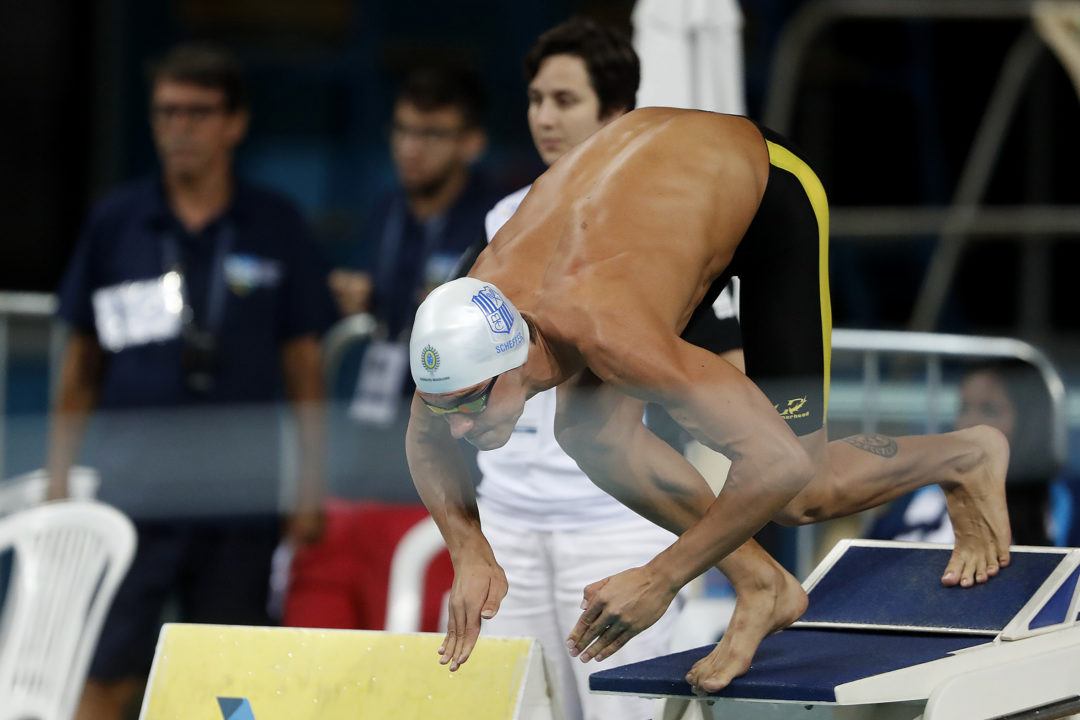 Breno Correia has dropped the men's 200 freestyle at the last minute, likely to stay focussed on the men's 4x100 freestyle relay. Archive photo via Satiro Sodré/SSPress/CBDA

With only days to go until the swimming portion begins at the Tokyo 2020 Olympic Games, we now have access to the official entry lists and heat sheets. The start lists look fairly similar to the presumptive men’s and women’s psych sheets that we formulated based on the original entry lists that were released earlier this month.

There are a few notable differences, however, that would have likely been made at the technical meeting that occurred in Tokyo on Thursday, July 22.

One notable change from the original entries is that Brazil has made a change to their lineup for the men’s 200 freestyle by subbing in Murilo Sartori for Breno Correia who was slated to race the event. Sartori was originally on the roster solely to race the men’s 4×200 freestyle relay for Brazil but will now have a shot at an individual event. Correia was entered in the event as 18th seed overall with a 1:46.65 and Sartori will go in with a 1:46.81 which is good enough for 19th. Sartori will be joining Fernando Scheffer in the men’s 200 freestyle who is entered in 14th place with a 1:45.82, just slower than his 1:45.51 Brazilian record from 2018.

Another difference that we’ve picked up is that Italy’s Alessandro Miressi has decided to withdraw from the men’s 50 freestyle in which he was seeded 16th overall with a 21.86. While he has decided to drop the 50 free from his lineup, Miressi is still scheduled to race the 100 freestyle at the Games in which he is officially the 4th seed overall with a 47.45. While he still appears as the 4th seed of the psych sheets, ahead of David Popovici‘s 10th place entry, Popovici swam a 47.30 after the entry deadline which is quicker than Kliment Kolesnikov‘s #1 seed.

One more note, which isn’t a change from the original entry lists, is that Katinka Hosszu has not scratched out of the 200 butterfly. While Hosszu is an accomplished 200 butterflier, there was some speculation that she would not end up swimming the event so as to focus fully on the 200 and 400 IM in which she is the world record holder, defending Olympic Champion, and top seed.

The Olympic schedule does, however, cater to a full 400 IM focus for Hosszu as that race will conclude before any others begin. The dangerous overlap that Hosszu will encounter is during finals on Tuesday, July 27 when she will likely race the 200 butterfly semi-final and then the 200 IM final less than 45 minutes later.

the 200fly prelim might not be a real challenge 😁

Without Katinka scratching, they don’t have a choice. There are 17 competitors.

They could do 1 semi with 9 swimmers couldn’t they, we’ve seen that before