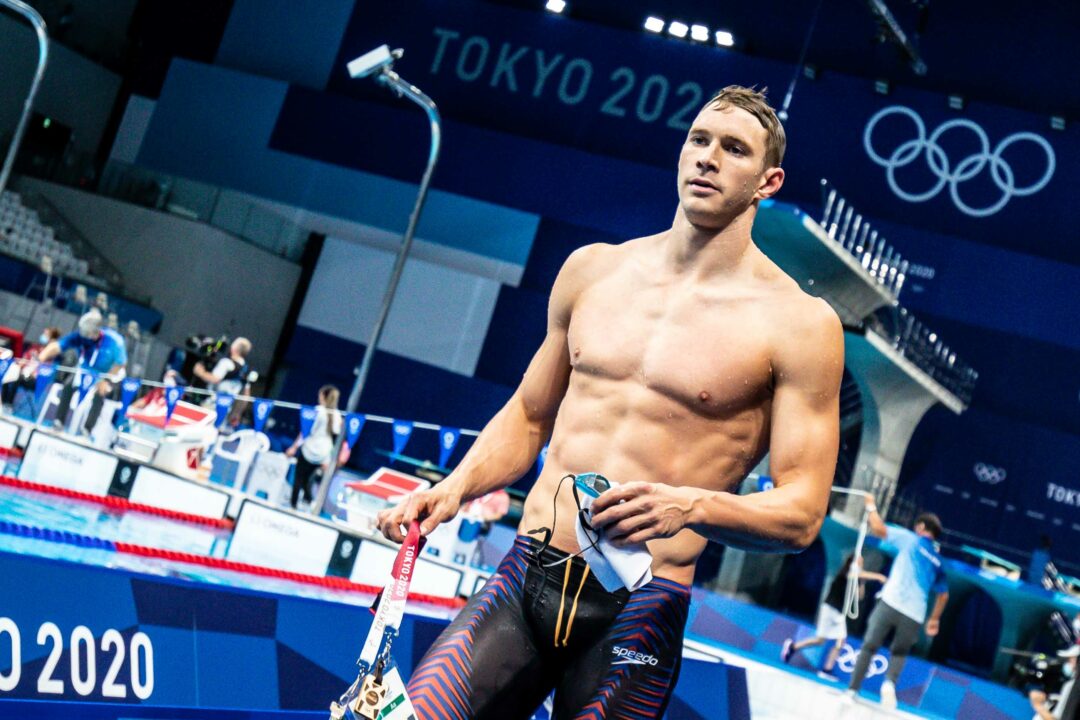 American backstroker Ryan Murphy expressed his concerns about doping on Friday, during the press conference following his 200 back final. Current photo via Jack Spitser/Spitser Photography

Ryan Murphy, one of the captains of the United States swimming team in Tokyo, called into question the antidoping measures of the 2020 Summer Olympic Games in a press conference after the men’s 200 backstroke final. Murphy, the 2016 Olympic champion in the 100 back and 200 back, was beaten in the 200 back by Evgeny Rylov and in the 100 back by Rylov and Kliment Kolesnikov, both of whom represent the Russian Olympic Committee.

Laine Higgins, a sports reporter with the Wall Street Journal, wrote that she asked Murphy if he had any doping concerns. Murphy’s response was explosive.

“I’ve got about 15 thoughts. Thirteen of them would get me into a lot of trouble. It is what it is. I try not to get caught up in that. It is a huge mental drain on me to go throughout the year that I’m swimming in a race that’s probably not clean, and that is what it is. The people that know a lot more about the situation made the decision they did. It frustrates me but I have to swim the field that’s next to me. I don’t have the bandwidth to train for the Olympics at a very high level and try to lobby the people who are making the decisions that they’re making the wrong decisions.”

Editor’s note: Murphy’s comments were in response to doping in Olympic swimming in general. He was not asked about Rylov or the ROC specific, as SwimSwam originally reported, and he did not mention them in his response.

Murphy was not alone in his implicit criticism. Ian Herbert, a sportswriter at Britain’s Daily Mail and Mail on Sunday, asked Luke Greenbank, who finished with a bronze medal in the 200 back behind Rylov and Murphy, what he thought about Murphy’s comments. Greenbank answered, “It’s frustrating knowing there’s a state-sponsored doping programme going on and not more being done to tackle that.”

Update: Rylov elaborated on his response later in the day, saying that he and Murphy had spoken and cleared the air:

“We have exchanged messages along our Instagram accounts, clarifying everything personally to each other and agreed that it was a misunderstanding and that his words were misinterpreted.

“He was asked what he thought in general about possible doping abuse in the sport of swimming. He replied that in his opinion not all athletes in this sport are clean. He has the right to express his personal opinion and most likely it is a problem somewhere.

“However, he was misinterpreted and his words were used in regards to our swim race, which was the final of the 200-meter backstroke event. He wrote me a personal message and apologized for this misunderstanding at the news conference.

“I have already posted my personal opinion about this incident. Everything is all right now and there are no problems at all.”

Murphy, without getting into specifics, was referencing the decision by CAS (the Court of Arbitration for Sport) in December 2020 that reduced to two years a four-year ban that the World Anti-Doping Agency (WADA) had imposed on Russia in 2019 following the revelation that the country had been running a state-sponsored doping program to help shield Russian athletes from doping bans. Russian athletes would be allowed to compete at 2020 Tokyo Summer Olympics and 2022 Beijing Winter Olympics, although the Russian team name and national anthem would be banned.

This was not Murphy’s first public comment leveled at WADA. In July 2019, during the FINA World Championships in Gwangju, South Korea, Murphy waded into the Mack Horton-Sun Yang controversy. After Horton refused to share the podium with Sun, who was in the middle of a doping investigation, The Korea Herald quoted Murphy as saying, “Good for Mack. He’s got strong beliefs and it’s good he feels comfortable to stand up for those in this case – not necessarily standing against Sun, but more against FINA and WADA (and) their responsibilities.”

Murphy’s comments in Tokyo were reminiscent of Lilly King’s finger-wagging incident at the 2016 Rio Olympics, when the American implied that Russian breaststroker Yuliya Efimova was a doping cheat.

#TeamGB's Luke Greenbank, who took bronze in the 200 back, on Ryan Murphy's claim that the final won by Russia's Evgeny Rylov was not clean. Greenbank: 'It’s frustrating knowing there's a state-sponsored doping programme going on and not more being done to tackle that.'

Luke Greenbank: 'It's obviously a very difficult situation not knowing whether who you are racing against is clean. It is something that is part of sports and to be the board needs to tackle that.' #TeamGB #Olympics

Caaleb DRESSEL seems a bodybuilder when he was one of the lankiest guys at highschool
Its dropping world records
Crys like a baby, showing a loooot of uncontralable emotions /hormones
HAs some post race interviews where he seems out of Earth, on effects as high as the strongest ecstasy on the market…

But no ones say the slighest thing cause he s MURICAN!

Both Murphy and king are sore losers. Reaching for something to explain their losses. Pathetic. It couldn’t possibly be that the other swimmers were better on that day. How bout some sportsmanship. Everyome has excuses and they all stink

Sore looser!!!! THe True colors of a man came when he looses and not when he wins…. And Ryan is just showing what he really is in the end

Arrogance on par With the other Ryan or Connor Dwyer. Will he also get caught injecting steroids on legs or IV after making public statement concerns about dope free sports?

We already know the “morals” of these Americans….. The Murica morals

True sportmanship of Rylov part I wouldn take that easily

Just shows how he has a clear conscious while the other needs to justify his failure Ryan Lochte Rio style…. Or making news (as he loves attention) now that he is irrelevant

““All public displays of the organization’s participant name should use the acronym ‘ROC,’ not the full name ‘Russian Olympic Committee,’” the IOC rules state.”

If you are watching footage from NBC, you may not even be aware that there is such a ban unless you are looking at the flags. Because most commentary call out the full name as “Russian Olympic Committee”. I am not sure the ban really result in anything for viewers… maybe if you know the Russian anthem but hear Tchaikovsky’s Piano Concerto No. 1? Well, that only happen if an ROC athlete won gold and NBC (in US) decided to show the medal ceremony.

I wonder if Murphy has been talking to Trump.