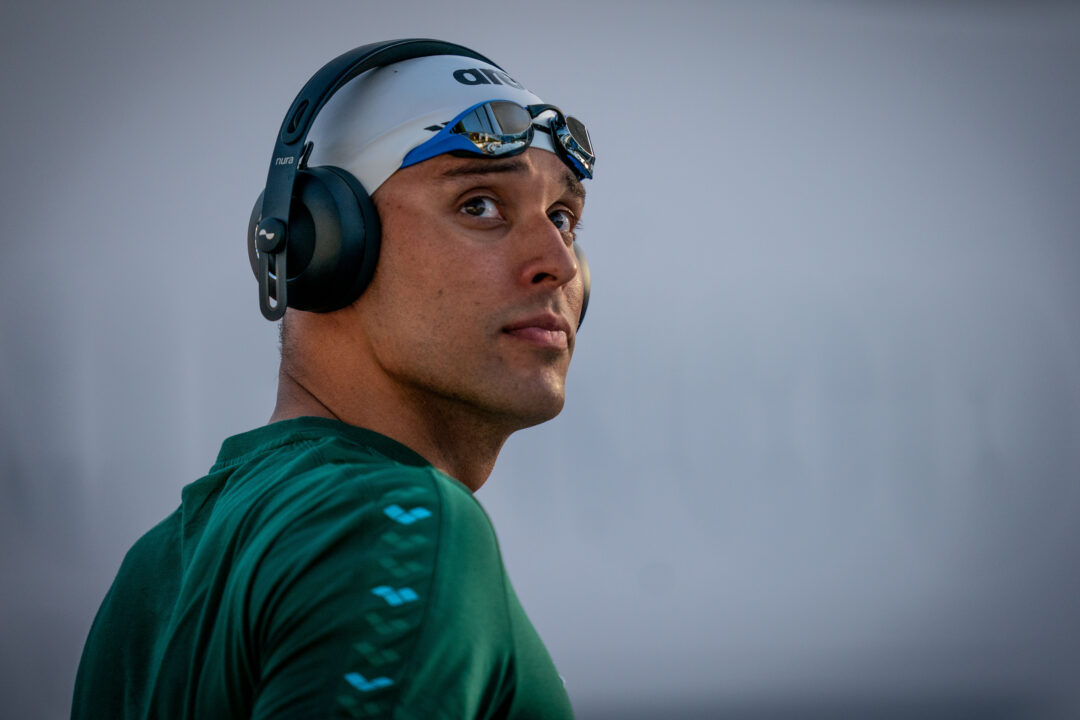 Chad Le Clos of South Africa will be carrying his nation's flag in the opening ceremonies of the postponed 2020 Olympic Games kicking off shortly in Tokyo. Archive photo via Mine Kasapoglu

The flag bearer announcements for the 2020 Tokyo Summer Olympic Games continue this time with another swimmer ready to wave a nation’s colors at the opening ceremony.

Olympic champion Chad Le Clos has been selected as the male flag bearer for his nation of South Africa.

Le Clos enters Tokyo as his country’s most decorated Olympian, having won 4 medals, including one gold, over the 2012 Games and 2016 Games in London and Rio, respectively.

On this flag bearing honor, 29-year-old Le Clos told Tokyo 2020, “It is a huge thing, this is special for me, and it means a lot to my family and me. Just being here [at the Olympic Games] is a huge honour after everything that has happened.

“This feels like a gold medal for me, to represent my country at that stage, I feel a bit like Siya Kolisi (South African Rugby World Cup-winning captain).

“My dad burst into tears when I told him. It is a huge thing, and I am very proud to not only represent swimming but the whole country at this year’s Olympics,” he added. “I hope South Africans can see the pride in all of us and take inspiration.”

Le Clos is set to contest the 100m and 200m butterfly individual events.

Well, actually, no, Bert didn’t say that. He burst into tears when he learned his son would be the RSA flagbearer.

This is great. I love it when the instantly recognizable athletes from prior Olympiads are carrying the flag. LeClos will be at the far outside

He’ll probably take the flag out in about 30 seconds, but his back half around the track will take something like 4:30.

pacer for the opening ceremony

Happy for him! I still consider him a 200 freestyle Olympic gold medalist!

Sun yang is the best