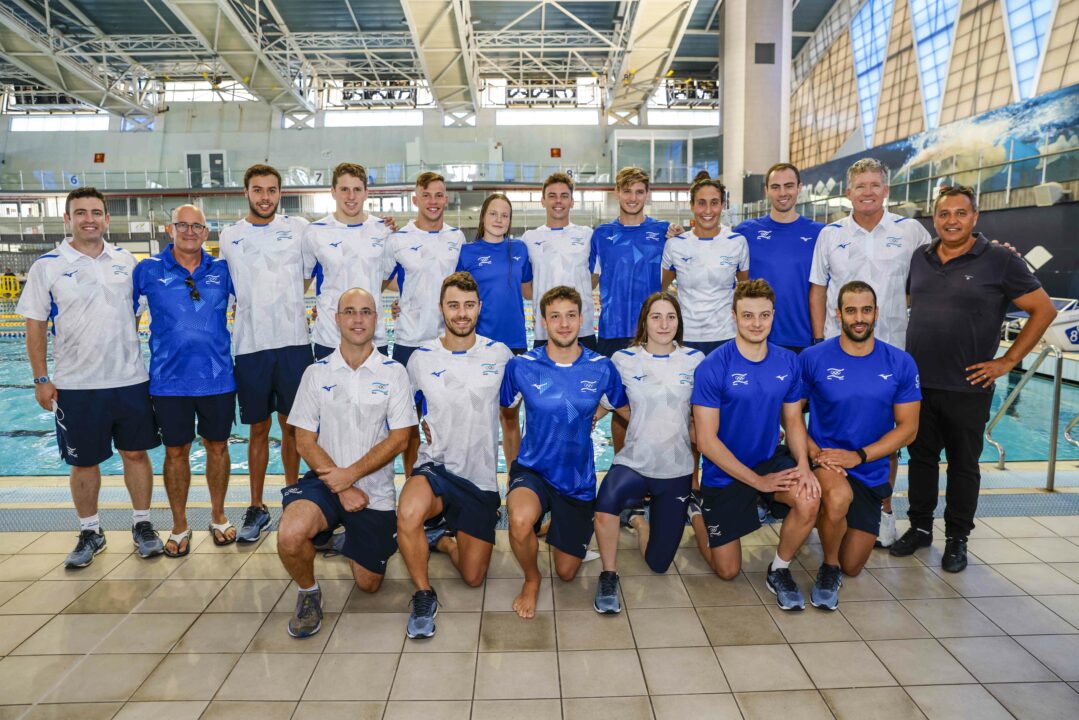 For Rio 2016, Israel brought seven pool swimmers, and at the previous Games in London, it brought four.

Headlining the pool swimming roster is 17-year-old rising star Anastasia Gorbenko, who will make her Olympic debut, and 29-year-old veteran Yakov Toumarkin, who will attend his third straight Games.

Gorbenko has been on a tear over the last few years, and is riding high after winning gold in the women’s 200 individual medley at the European Championships in May.

Toumarkin, who has three individual LC European Championship medals to his name and was an Olympic finalist in the 200 backstroke in London, will also be one of Israel’s two flag bearers at the Opening Ceremonies.

Joining Toumarkin in Tokyo from the 2016 Olympic team will be Andi Murez, a Stanford alumna who specializes in the women’s sprint freestyle events. Aviv Barzelay, a Texas A&M commit, will be the third female on the team, having been added after achieving the FINA ‘B’ cut in the 200 backstroke.

The team will be led by head coach Luka Gabrilo, who will switch gears and take over as the head coach of Team Iron in the International Swimming League (ISL) following the Games.

Notably joining the team’s coaching staff is David Marsh, who served as the Head Women’s Coach for the United States at the 2016 Olympic Games and was also a U.S. assistant on the men’s side in both 2000 and 2012.

In December 2016, Marsh took on a professional advisory role with the Israeli Swimming Federation, with the goal of preparing athletes for the 2020 Olympic Games.

Marsh is currently the head coach of Team Elite in San Diego, where he’s been working with the likes of Gorbenko and Murez. The eight-time NCAA Coach of the Year notably did not put any swimmers on the U.S. Olympic team this year.

Rounding out the coaching staff alongside Gabrilo and Marsh will be Ehud Segal and Chanan Sterling.

Matan Roditi will be Israel’s first-ever competitor in the Open Water 10k event for the men, while the Artistic Swimming duo of Eden Bleacher and Shelly Bobritsky round out the squad.

Best of luck to this team!! Lots of strong swimmers there!

My question now is will Kathleen Baker leave San Diego to train with Marsh in Israel?

Hard to tell by this release, but my guess is a lot of these swimmers were probably already training with Marsh in San Diego.

He is in an advisory roll. I dont think he trains anyone, probabaly gives coaches a basis for training programs, nutrition. Maybe planning out training cycles – adjusting them for athletes.

But he’s not on deck training Israeli athletes in Israel.

Israel and Team Elite were having joint training sessions in San Diego, but also in Israel. Normally they would do training camps together, too (not sure right now though, due to Covid).

what i seen in soc.med. that seems to be the case.

Have not read all the relay write ups, how many countries/relays have been scratched?