Swimmers Belmonte, Torres to Serve as Flagbearers for Their Countries in Tokyo 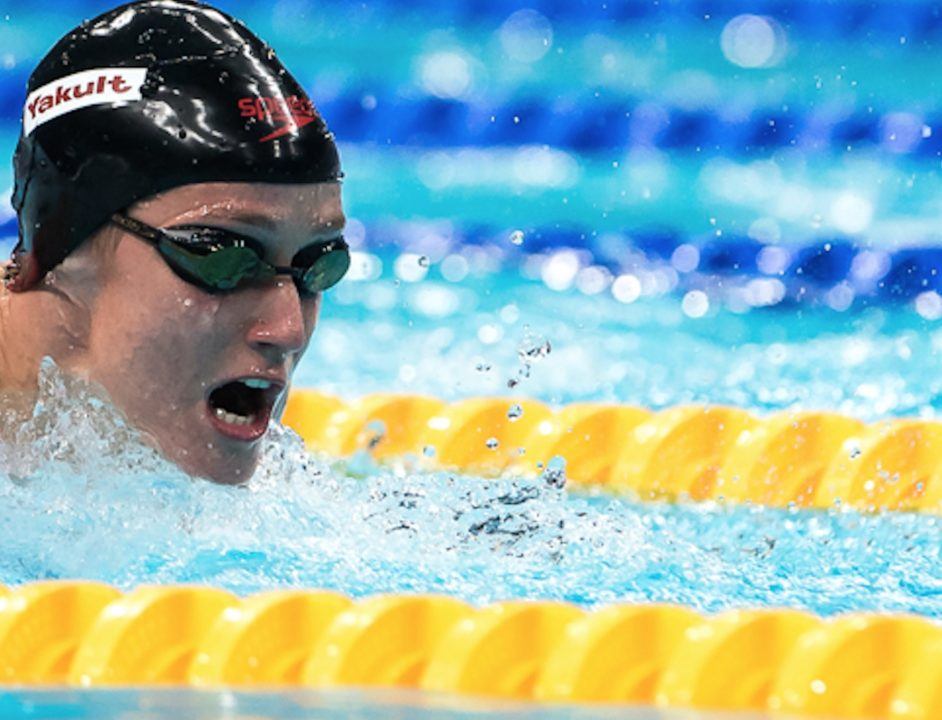 Both Mireia Belmonte and Karren Torrez will carry their country's flags during the Opening Ceremony of the 2020 Tokyo Olympic Games. Current photo via Peter Sukenik/www.petersukenik.com

As countries begin to prepare for the Olympics this summer, both Spain and Bolivia, among others, have announced who will be serving as their flag bearers during the Games Opening Ceremony. For Spain, Mireia Belmonte will be carrying her countries flag into the Olympic Stadium, while Karen Torrez will carry Bolivia’s.

Belmonte, who is one of Spain’s most accomplished Olympians both in and out of the pool, is no stranger to serving as the nation’s flag bearer at major international competitions. In 2018, she was selected to carry the nation’s flag at the 2018 Mediterranean Games that were held in Tarragona, Spain. The 2020 Tokyo Olympics will also be the first time in which the Spanish flag has been carried by two athletes, as Belmonte will be sharing the role with Saul Craviotto, who competes in canoe events.

In 2012, the soon-to-be four-time Olympian became the first Spanish swimmer to ever medal at the Olympic Games, taking silver in both the 200 fly and 800 free. Four years later, in Rio, she took gold in the 200 fly while also adding a bronze in the 400 IM.

“It would be a great honor to carry the flag of my country. It is the highest honor that an Olympic athlete can achieve, and I have not been able to attend any Opening Ceremony in my past three Olympic Games.”

Like, Belmonte, Torrez is also no stranger to carrying her country’s flag at international sporting events. Torrez served as the Bolivian flagbearer at the 2012 Olympic Games. In the pool, she has represented her country at events such as the 2019 Pan American Games and World Aquatics Championships. At the World Championships, her best finish came in the 50 free, where she took 36th.

Historically, swimming has been well represented during the Opening Ceremony at the Olympic Games. In 2016, a total of 23 swimmers were selected as their nation’s flagbearers, headlined by Michael Phelps who carried the United State’s flag. That number was an increase from the 18 that served in that role during the 2012 Games.