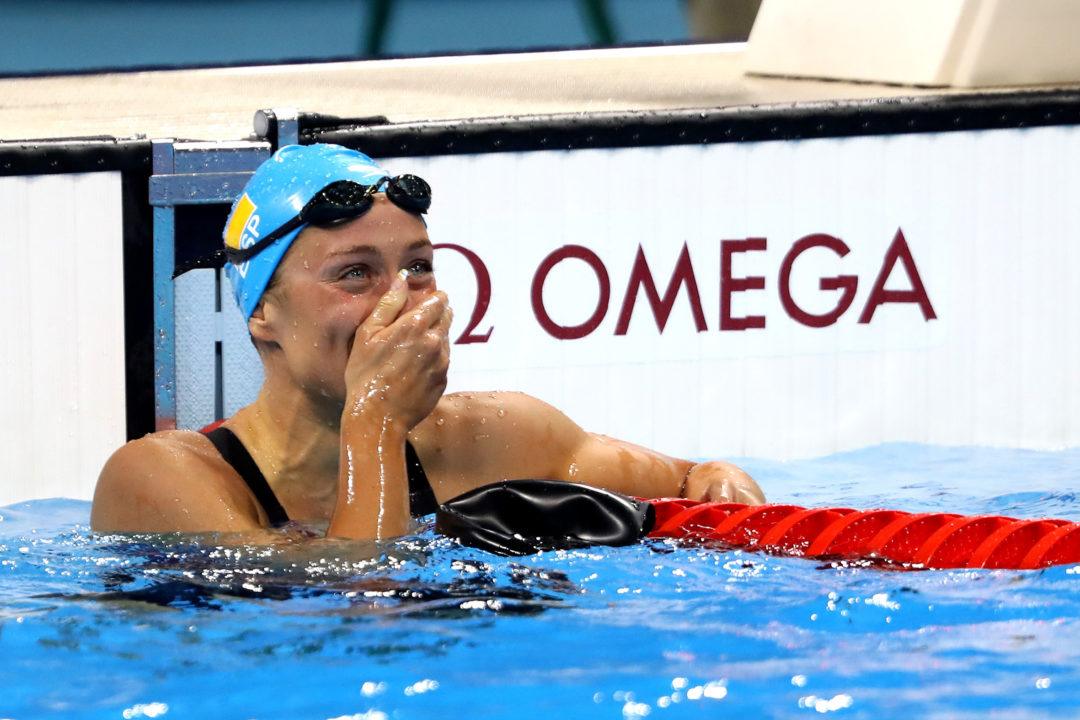 Olympic champion Mireia Belmonte has been selected as Spain's flag bearer for the 2018 Mediterranean Games, which kick-off this week. Archive photo via Simone Castrovillari

The 2018 Mediterranean Games kick-off on Friday, June 22nd in Tarragona, Spain with a familiar face leading the Spanish contingency. Selected by the Spanish Olympic Committee as flag bearer, Olympic gold medalist Mireia Belmonte will lead her nation’s walk during the Opening Ceremonies of the multi-national event held every 4 years.

“Mireia represents the spirit that Spain will bring to these Mediterranean Games: work, union, passion, commitment, sacrifice and sportsmanship, it is the best possible standard bearer for the inauguration of Tarragona”, said the president of the COE, Alejandro Blanco of the swimmer’s selection. (RFEN)

The 2018 edition of the Games will run through July 1st across 16 municipalities of Tarragona. Approximately 4,000 athletes from 26 different nations will compete across 33 sports throughout the competition. Belmonte raced her way to 2 silver medals at the 2009 edition, earning runner-up status in the 200m fly and the 200m IM. She did not compete at the 2013 version of the Games.

This year’s Mediterranean Games were originally set to be held in 2017, however, the International Committee of the competition announced postponement due to funding problems amidst Spanish political and economic instability.