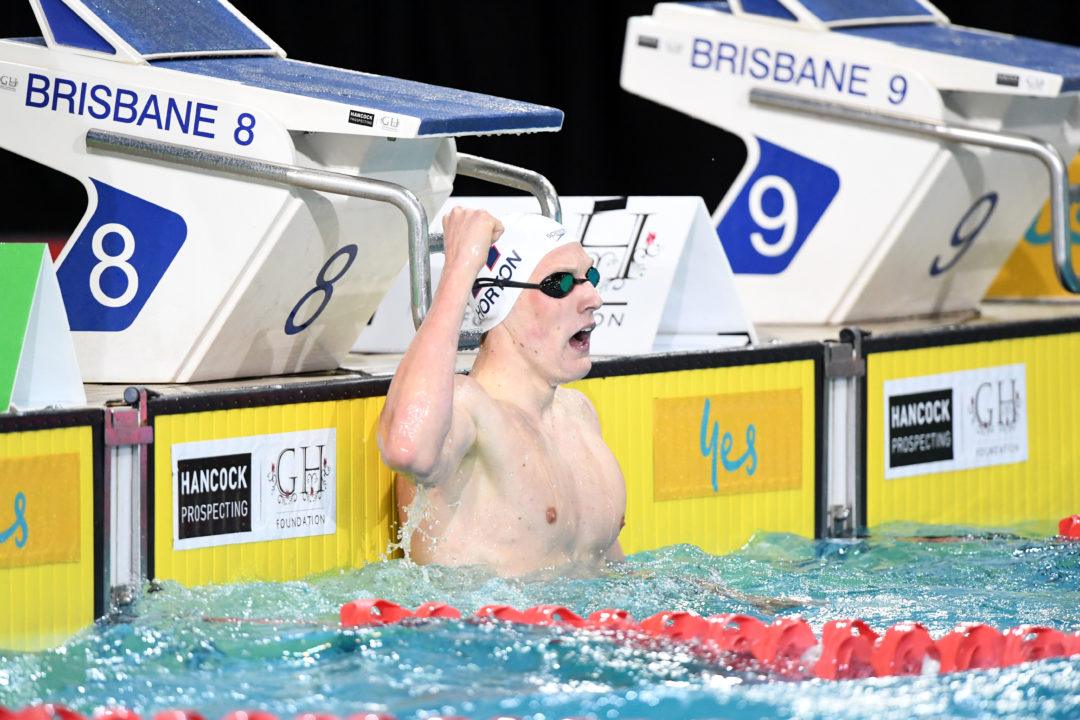 Swimming Victoria honored its coaches, athletes, officials and volunteers for their contributions of the 2017-18 season. Mack Horton was among those recognized for his feats at the 2017 World Championships and 2018 Commonwealth Games. Archive photo via Delly Carr / Swimming Australia Ltd

The 2018 Swimming Victoria and asctaVIC Awards took place on June 3rd where the Australian state’s swimmers, coaches, technical officials and volunteers were recognized for outstanding contributions to the sport in the 2017-18 season. Hosted by Olympian and SV Life member Matt Welsh, OAM, several notable swimmers came away with honors, including Olympic champion Mack Horton and Paralympic champion Tim Disken.

For Horton’s part, the Melbourne Vicentre athlete earned the Nicole Livingstone Trophy as the Victorian Swimmer of the Year. Having earned 400m freestyle silver and 1500m bronze in Budapest at the 2017 World Championships, followed by 4 medals at this year’s Commonwealth Games, Horton also earned his 6th consecutive John Marshall Trophy for Freestyle. On the Gold Coast, Horton took gold in the 400m freestyle, silver in the 200m freestyle, bronze in the 1500m, and gold as a member of Australia’s 4x200m freestyle relay.

Disken was honored with the Ellie Cole Trophy for Victorian Multi-Class Swimmer of the Year after winning gold in the S9 100m free and SB7 100m breast events at the Commonwealth Games.

Kotuku Ngawati was this year’s President Trophy award winner for the most outstanding individual for the season, as the MVC athlete collected bronze as a member of the 4x200m freestyle relay in Budapest. Even though she was sidelined for the remainder of the season with health issues, Ngawati continued to make appearances, participate in medal presentations and continue to inspire young swimmers across Victoria throughout the season.

A complete list of Swimming Victoria award winners can be read here.