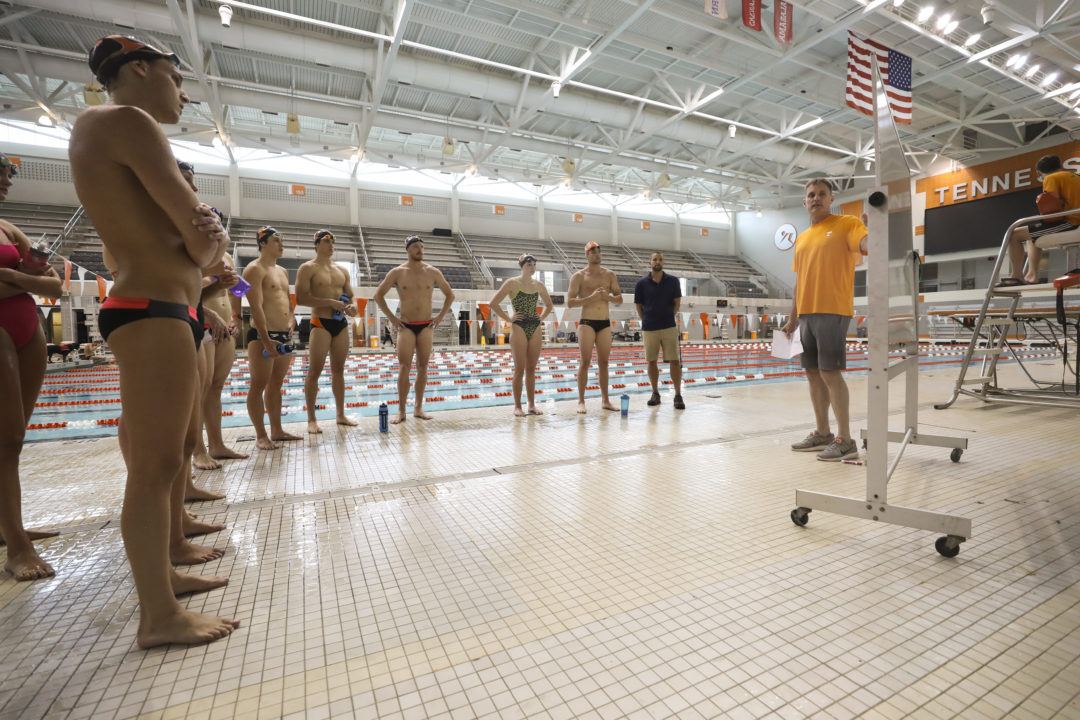 Michael Wright, a former University of Tennessee diver who became the one-meter springboard SEC champion in 2011, is now making a name for himself on the TV show, 'America Ninja Warrior.' Archive photo via John Golliher/Tennessee Athletics

Michael Wright, a former University of Tennessee diver who became the one-meter springboard SEC champion in 2011, is now making a name for himself on the TV show, ‘America Ninja Warrior.’ Taking part in the popular, physically demanding obstacle course-based show’s qualifying round in Indianapolis this week, Wright successfully conquered 4 elements before falling on the ‘spin hopper’. His performance was enough to advance the former diver to the show’s Indy finals.

True to his aquatic roots, Wright, who dove for Tennessee from 2008 to 2011, reportedly entered the arena in orange and white striped pants only to rip them off to reveal checkerboard briefs and orange tennis shoes (pick in ‘GoVolsXtra’ tweet below).

Per Knox News, Wright credits his former University for his ability to try out for America Ninja Warrior, saying, “Tennessee is kind of the place that set me up to be able to run on the show, and Tennessee helped me to reach a lot of my dreams and goals in my diving career, so it was kind of like a way for me to represent Tennessee and the swimming and diving team and tell kids to go do what you want to do and enjoy life regardless of if you’re wearing a Speedo on national TV.”

This isn’t the first time a member of the swimming and diving community has made a run at the show. Back in 2015 BJ Reynoso, a club swimming coach with the Manhattan Makos in New York,  attempted to get through the Pittsburgh regional course and qualify for finals.

Ayyyyy with the mention!!!! Thanks Guys!!