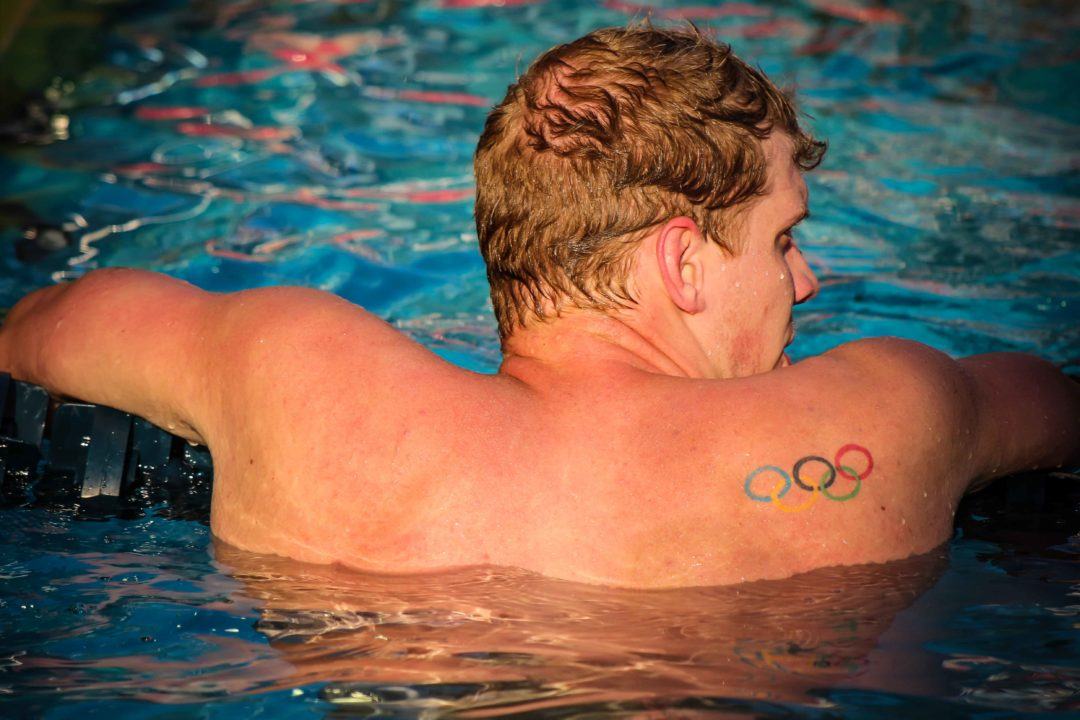 The annual Texas Hall of Fame Invite gets underway tonight in Austin, Texas with the 800 free relays. Current photo via Jack Spitser

The annual Texas Hall of Fame Invite gets underway tonight in Austin, Texas. This is traditionally one of the faster of the Fall invite meets, and will feature a number of teams ranked in the latest round of our power rankings.

The action starts tonight with the 800 free relays at 6pm CST.  Wednesday night’s session will kick off at 6 pm, with only the 800 free relays to be contested that evening. Prelims Thursday-Friday will start at 10am CST, with finals taking place at 6pm CST. Here’s just a few of the key storylines we’ll be keeping an eye on this week.

Both the USC Trojans and the Texas women have been putting up some great times early in the season. The USC women have already suited up at two or three meets, and  swimmers like Louise Hansson, Caitlin Tycz, and Riley Scott already rank among the early-season leaders. Some of the Trojan men have similarly already been sizzling in the SoCal sun. Carsten Vissering popped a 51.82 in the 100 breast back at the Trojan Invite back in early October, and it won’t take much more speed to take down U.S. Open Record-holder Ian Finnerty for the fastest time this season (51.54).

The Longhorn women also threw down some  nation-leading times early on the season, including a 3:17.41 400 free relay at the Texas v. Texas A&M dual meet that topped the rankings prior to the first round of invites. This will be the first big invite for a pair of Longhorn freshman sprinters, Grace Ariola and Julia Cook. Those two are among the 11 Texas women who sit #3-13 on the 50 free psych sheet.

Clash of the Titans (and Prodigies) in the 200 Free

Townley Haas rarely swims fast in the fall. Okay, that’s a bit of an understatement, as last year he was routinely swimming 200 freestyles in the 1:38 range at dual meets, and dipped down to “only” a 1:32 at this meet before ultimately ripping  the 2nd-ever 1:29 at NCAAs. But assuming he’s still about as rested this year as he was last year, he should be in for a fun battle once again with our readers’ favorite swimmer, Dean Farris. Last year, Haas got the win, while Farris finished 2nd in 1:33.

But wait, there’s more. The class of 2018 might have been the best high school class of 200 freestylers ever, and we’ll get to see three of them go head-to-head as college freshmen this week. Texas’s Drew Kibler and USC’s Alexei Sancov were both sub-1:33 while still in high school. Jack LeVant, now swimming for Stanford, had the 5th-fastest time in the class with a 1:33.57. Yes, folks, we are living in a world in which five high school seniors had 200 free times of 1:33-mid or better, all of which would’ve scored as last year’s NCAA championships.

When healthy, the Cardinal men may have the best distance group in the country, and they should dominate the 1650 and vie with the Texas men in the 200 and 500 freestyles. Some of that will depend on the health of Grant Shoults, who has yet to compete this season, but it entered on the psych sheets. Even without Shoults, True Sweetser, Johannes Calloni, James Murphy, and Matthew Hirshberger have the potential to rack up some big swims for Stanford.

Stanford senior Abrahm DeVine holds the top seed in both IM events. Like the rest of the team, he’s been fairly quiet so far this season, but he won the 200 IM here last year, and is the reigning NCAA champion in the 400 IM.

This will be Wisconsin’s first team-wide invite meet under first-year head coach Yuri Suguiyama. A few swimmers competed at the B1G-ACC Challenge a few weeks ago, and there Beata Nelson put up some very solid early-season times; she’s currently ranked 1st in the country in both backstroke events, at 50.86 and 1:51.85. In years past, neither Wisconsin nor Cal, where Suguiyama was the assistant for years, typically appeared to rest a ton for fall invites, but it will be interesting to see if the Badgers keep the same approach under the regime, or if they looking to be going hard after NCAA cuts.

Other Notes and Observations

My favorite (relaxing) meet. I enjoy team cheering around pool, I enjoy watching Eddie coaching, schmoozing parents, and enjoy fast swimming as most teams try to make cuts in this tapered meet. Almost never miss this meet, but I am now 5000 miles away, so will follow on Twitter. Hook’em!

Would it be wrong to say that Arizona has been unnecessarily overlooked by the experts both here and in the rankings? Two thirds in the relays aint that bad!

I’m not sure what you mean by ‘unnecessarily,’ but neither of those times would have scored at NCAAs last year, so neither would appreciably impact our power rankings – which are largely focused on NCAA scoring potential.

Lots of swimming left this weekend, and this season! Let’s see what happens.

I notice that Stanford’s Alberto Mestre is not on the psych sheet. He hasn’t swum in previous meets this fall. Anyone with any knowledge of his condition?