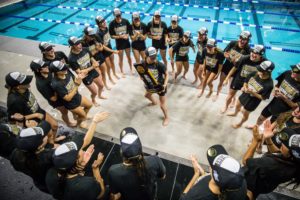 Crisera Puts Up Backstroke Sweep in Stanford Win Over USC

The reigning NCAA Champions of Stanford had multiple women pull off a winning double as they beat Pac-12 rival USC on Saturday. 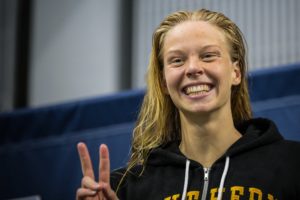 Hansson competed at the 2016 Olympic Games in Rio De Janeiro and helped team Sweden finish 5th in both the 4×100 and 4×200 freestyle relays. Her best individual finish came in the 200 IM where she finished 29th with a time of 2:15.66.  She has been a part of silver-medal winning 800 freestyle relay at the 2014 FINA Championships. That relay also broke the European Record. At the 2014 European Championships, Hansson swam in the 4×100 freestyle relay that ended up taking the gold. She is also a two-time junior European Champion in the 50 butterfly.

To finish off a successful freshman season, Hansson helped Southern Cal finish ninth at the 2017 NCAA Championships. She got third in the 100 butterfly with a time of 50.45. She also competed in the 200 IM where she finished seventh and 100 freestyle where she won the B-final in a 47.30. On the last day, she lead off the Trojans’ 400 freestyle relay with a time of 47.07 and they got in fourth place.