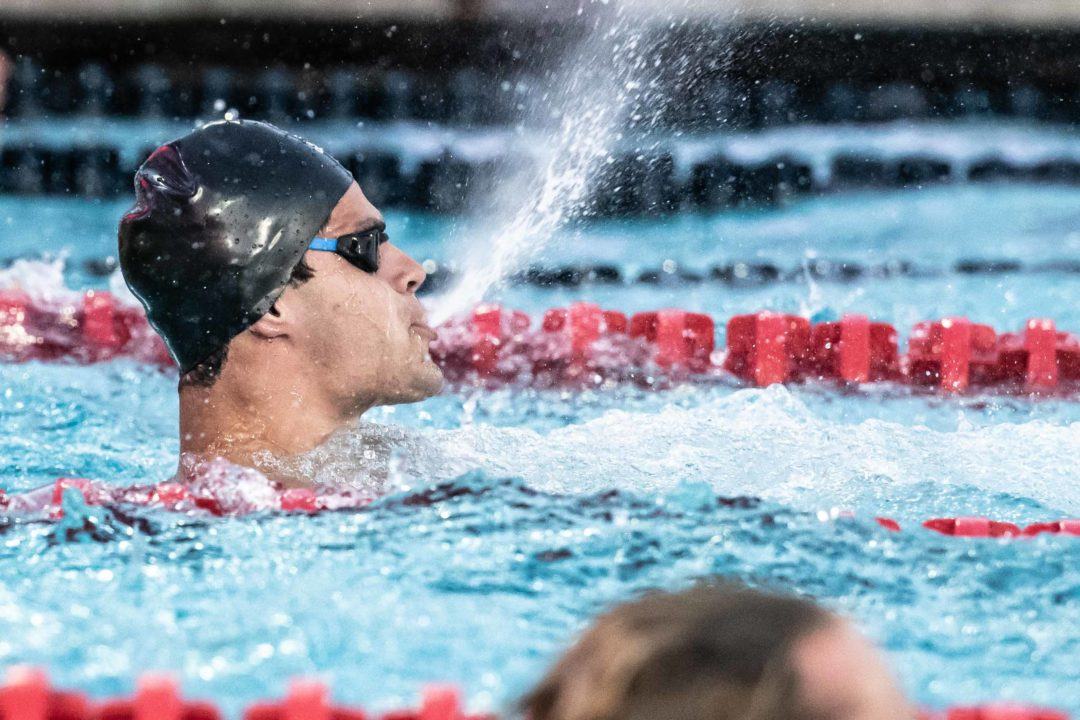 The ultra-consistent Michael Andrew of the Race Pace Club broke his own Pro Swim Series record this morning in prelims of the 50 backstroke with a 24.66. He set the previous standard back in January at the TYR Pro Swim Series in Knoxville with a 24.68. Notably, Andrew also won this event at the Des Moines stop last month with a 24.94.

Prior to Andrew breaking the record in January, Japanese swimmer and World Champion Junya Koga, who is currently serving a 4-year ban for a positive doping test, held the mark with a 24.74 set back in May of 2015 at the Charlotte stop of the Pro Swim Series.

As of Thursday morning, Andrew has dipped below the 25-second barrier in the 50 back an astounding 17 times. His lifetime best of 24.49, which he has done twice, was set back in September of 2018 at consecutive FINA World Cup stops in Kazan and Doha. respectively.

Interesting that both Held and Ress have been so good in this event the past couple of years despite barely swimming back in the NCAA (outside of Ress this NCs). Andrew looked great this morning, maybe a PB tonight?

This man cannot be stopped

Grevers, Pebley, and Murphy qualified 3rd, 4th, and 5th? The top two qualifiers are both not primarily backstrokers. The finals will be fun to watch.