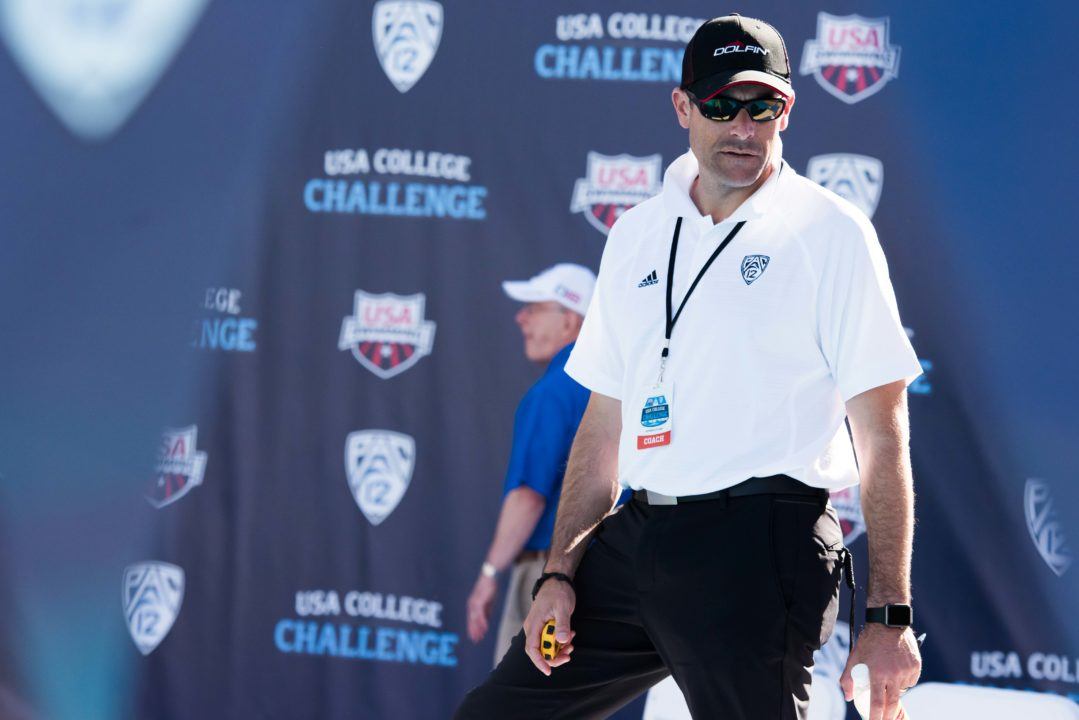 Greg Meehan and Dave Durden have been tabbed as the head's women's and men's coaches for the 2019 USA World Championships team. Archive photo via Mike Lewis/Ola Vista Photography

The complete coaching staff for the 18th FINA World Championship in Gwangju, South Korea has been announced by USA Swimming per their website. In total, Eight coaches have been tabbed to travel the US World Championship Roster to the meet, and all eight coach swimmers that will be competing.

The full list of coaches, as well as their affiliation with athletes on the Worlds roster, is as follows:

Greg Meehan of Stanford will be the head women’s coach for the meet, while Cal’s Dave Durden will take charge of the men’s team. The two veteran coaches occupied those same positions at the 2017 FINA World Championships in Budapest, Hungary. At that meet, the American squad won an all-time high of 38 medals in total.

That number is a bit skewed, however, given the very recent addition of the mixed relays, as well as the less recent inclusion of the 50’s of strokes. The 1978 American World Championship team racked up a total of 36 medals prior to either of those modern implementations.

Of note, both Meehan and Durden have also been selected as the head coaches for the 2020 Tokyo Olympic women’s and men’s teams, respectively. The two have continually been a contributing factor to the United States’s success at the international level, as they also staffed the 2016 men’s and women’s Rio Olympic teams.

In addition to the announcement of the World Championship coaching lineup, the coaches for the World University Games and the Pan American Games have also been announced by USA Swimming – tallying 22 coaches in total.

Out of the 22 coaches selected, four of those coaches are female. For the 2017 World Championships, USA Swimming picked an all-male coaching staff to lead the American team. There has remained continuity in that trend across both the Worlds teams and the Olympic teams – the last women to be selected as a head coach for either meet was Teri McKeever, who was the head coach for the 2012 London Olympics women’s team.

This reminded me about a conversation I had with Greg about how he’s able to balance all these coaching positions, winning national titles and coaching some of the best swimmers in the world BUT he still finds a work/life balance – https://www.linkedin.com/feed/update/urn:li:activity:6515287083878268928/

Same exceptional Team of Coaches as the 2017 Worlds i think ….