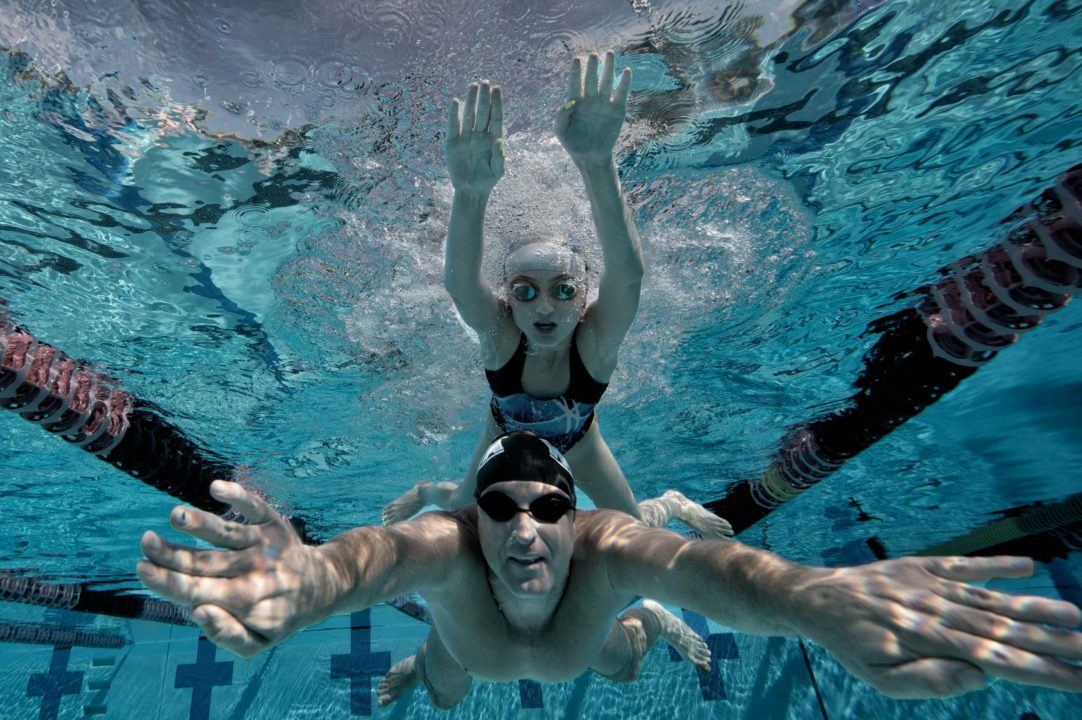 The 47-year-old has done it again, recording a new PB of 1:04.77 in the event to re-break his own master's world record. Archive photo via Mike Lewis/Ola Vista Photography

Former U.S. National Teamer Kendyl Stewart won the first event of the night, the 100 fly, over Canadian National Teamer Danielle Hanus, 59.26 to 59.33. Stewart’s final time was slightly off her preliminary time of 58.81.

West Coast’s butterfly king Tom Shields dropped a 52.26 to take down Nikola Miljenic in the finals of the 100 fly. Miljenic, a Croatian-native heading into his third year at USC, stopped the clock at 53.55 for second, while Peak Swimming’s Ethan Hu posted a 53.70 for the bronze.

Stanford junior Hank Poppe reigned supreme in the men’s 100 breast, clocking a 1:03.01 over 16-year-old Jassen Yep‘s 1:03.87. Also swimming in this final was 47-year-old Steve West from NOVA, who in June lowered his own masters world record in this event to a 1:04.84. Tonight, West hit the pad at 1:04.77 to lower his world record and take sixth in the championship heat.

After blasting a 2:10 to win the 200 fly, 15-year-old Justina Kozan touched the wall in a time of 1:59.21 in the 200 free to win her second individual title of the meet. Earning the runner-up spot was soon-to-be Stanford junior Lauren Pitzer with a 1:59.68. Those two swimmers were the only ones to dip below 2:00 in the field.

Can masters records be set in open competitions? Not for Irish and GB records, maybe different for FINA…

Yes, if the meet organizers apply for a dual sanction. Several Grand Prix and Sectional meets have had dual sanctions. (USA and Masters)

process for dual sanctions for a USA meet