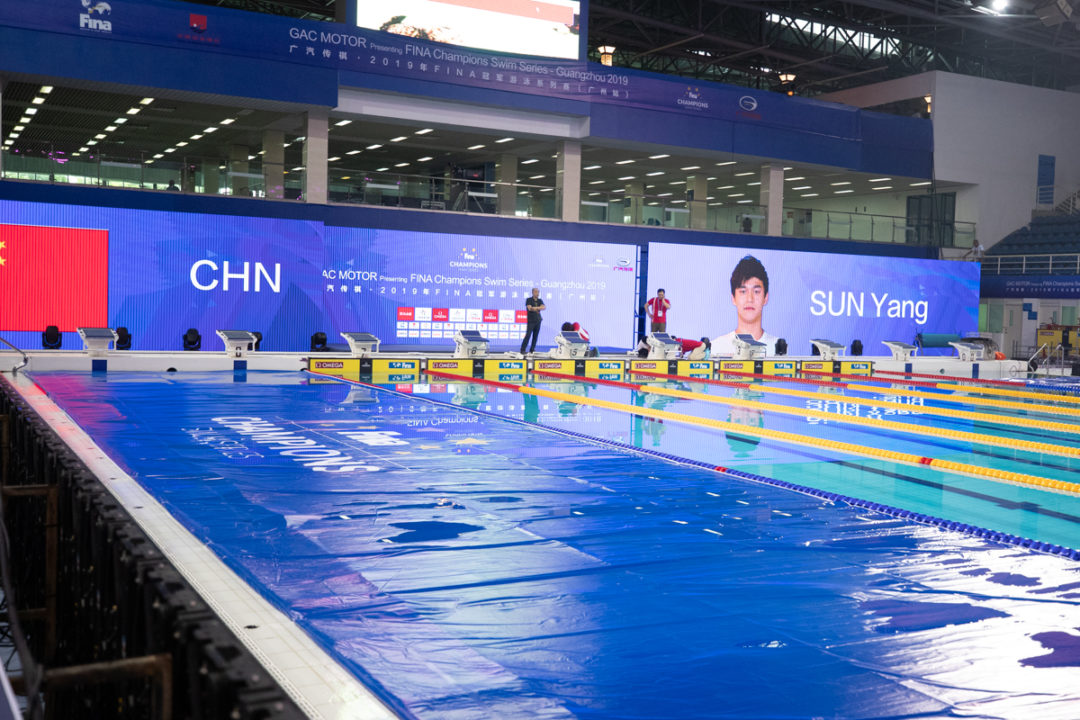 Junya Koga has said he is facing the challenge head-on, capitalizing on the extra time he, and other athletes in his scenario, have been gifted.

Columnist and FINA legal committee chair Darren Kane lays out the statistical history and framework for appeals like that of Chinese swimmer Sun Yang.

In the ever-intensifying arms race between FINA and the upstart International Swimming League, this is a key difference between the two. While FINA is allowing athletes in its Champions Series that have tested positive in the past, so long as their suspensions are over, they are also conduct their own testing program. The ISL is taking a more hardline tact, outlawing anybody with a doping history (even if ruled unintentional by the traditional authorities), but instead will rely on other organizations’ anti-doping infrastructure to test its athletes.

Specifically, FINA says that it conducted 6 test for “Erythropoiesis-stimulating agents (EPO etc.),” and 6 tests for “Human Growth Hormone Releasing Factors (HGH, etc).” FINA did not specify what the other tests were for.

FINA also said that they do not disclose how they target athletes for testing, because they believe that this “maintains a maximum deterrent effect.”  They did specify that “a number of race winners and athletes from a variety of nations” were among those tested. The host nation, China, has had a number of high-profile doping cases, including Sun Yang, who won the 200 and 400 free at last weekend’s meet. After his latest conflict with testers, which included the smashing of a vile of his blood taken for testing, FINA said that they wouldn’t “consider further speculation and hearsay” about the case.

59 total athletes competed in Gwangju, making for about a one-third testing rate.

Why don’t they just test everyone at the meet?

I don’t mind the idea of keeping it as a random selection of testing, keeps athletes on their toes