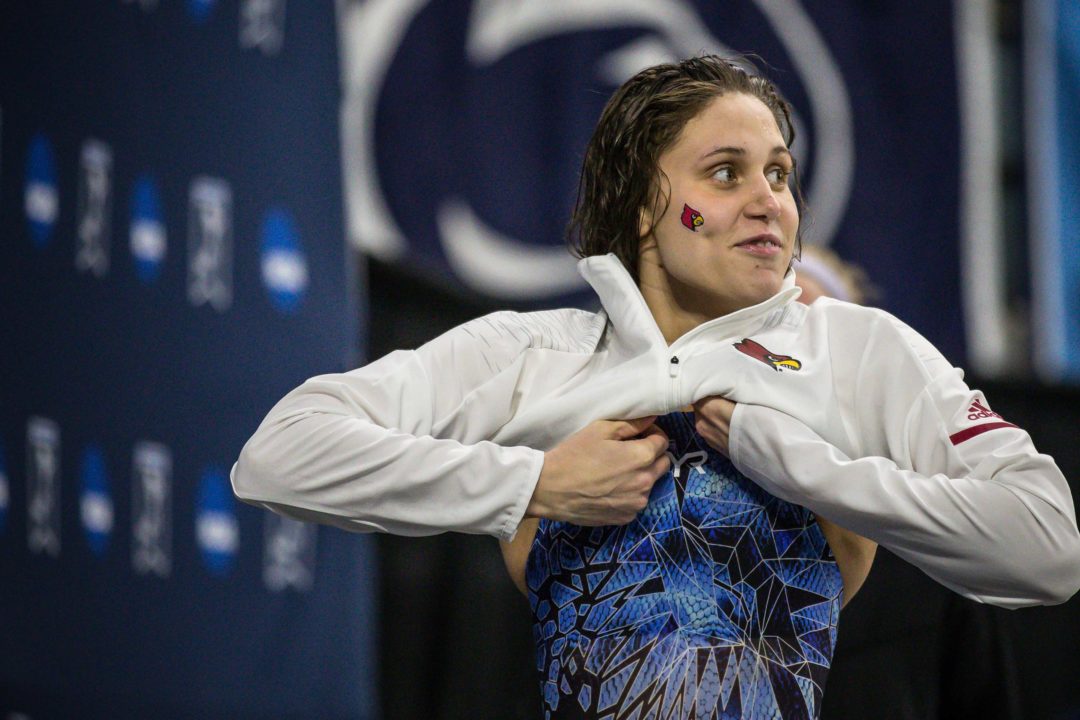 We later learned that Comerford's scratch on Night 3 was to go to a teammates wedding in Columbus, Ohio, a 4-hour drive from Bloomington Current photo via Jack Spitser/Spitser Photography

Mallory Comerford scratched both of her finals swims on night 3 of the Bloomington Pro Swim Series. Comerford was seeded second in the 200 free (1:58.72) behind Katie Ledecky and held the top seed in the 50 fly (26.90). On day 2, she finished second in the 100 free behind Simone Manuel with a time of 54.11.

We later learned that this scratch was to go to a teammates wedding in Columbus, Ohio, a 4-hour drive from Bloomington. Comerford, along with a group of fellow Louisville teammates and coaches, made the roundtrip all in the span of 12 hours, returning to Bloomington at 2am on Sunday and competing in the entire final day of competition.