Lydia Jacoby Honored on Floor of U.S. Senate as “Alaskan of the Week.” 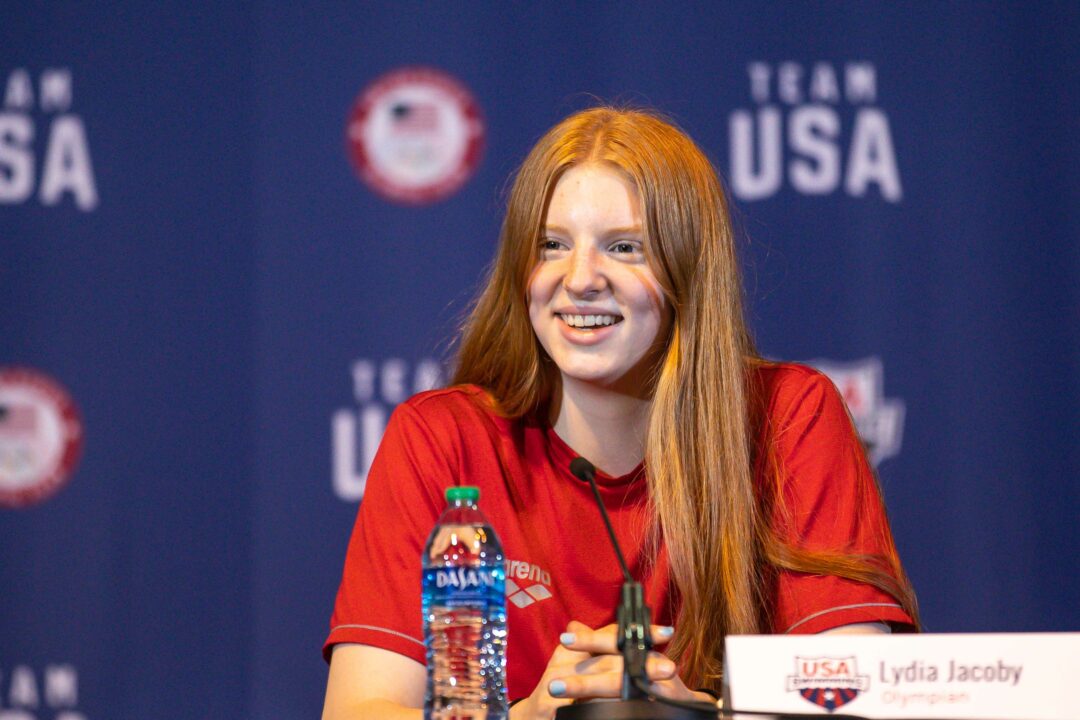 Lydia Jacoby will be the first Alaskan to represent the United States in swimming at the Olympic Games later this summer in Tokyo. Archive photo via Jack Spitser/Spitser Photography

Tokyo 2020 U.S. Olympian Lydia Jacoby has been honored as the “Alaskan of the Week” in the United States Senate this week by Alaska Senator Dan Sullivan.

Since 2017, Sullivan has weekly (usually on Thursday afternoons) honored an Alaskan who has achieved something notable. According to a story on the feature on RollCall.com, Sullivan began the tradition in response to a parade of Senators bringing up citizens of their state who had died, with the opinion that it would be great to honor Alaskans while they were still around to hear it.

The weekly segment, which can be watched on C-Span, has a bit of a cult following inside the beltway, with the pleasant tone serving as a respite of emotion from the usual chaos and bickering of the Senate floor.

This week, Sullivan used the platform to honor a swimmer, Jacoby, who last week at the U.S. Olympic Trials became the first Alaskan to ever qualify for the Olympic Team in swimming. At just 17-years old, Jacoby finished 2nd in the 100 meter breaststroke behind Lilly King. That gives her at least one event, and likely two with the 400 medley relay prelims leg, to swim in Tokyo.

Watch below as Sullivan talks about Jacoby’s accomplishment.

This is so nice

There was a marathon runner from Alaska years ago. Train a lot on a nor track. Alaska is different. In fact there is a T L C show about the last families that can live and hunt in the wildness preserve since their families were godfathered in. No one else can do this. You have to travel by plane a lot because of the terrain and distances In fact in grade school one kid got a letter from a kid in Alaska.

I loved it! Learnt a lot about Lydia!

She’s amazing, and the future of the 100 breast, but if anyone here thinks she’s actually going to beat King in Tokyo, I have a bridge to sell you.

How much for the bridge?

I have a hunch that Jacoby could win in Tokyo. Each Olympics there’s seemingly one young breaststroker with an unusual backstory who comes out of nowhere to do something unexpected.

Just hope and pray she doesn’t burn out after one Olympics I think she has a shot, but will be tough. A lot at 1:05 around the world right now.

Was really pulling for Al Gross but this is pretty cool

This is so wholesome, I love it