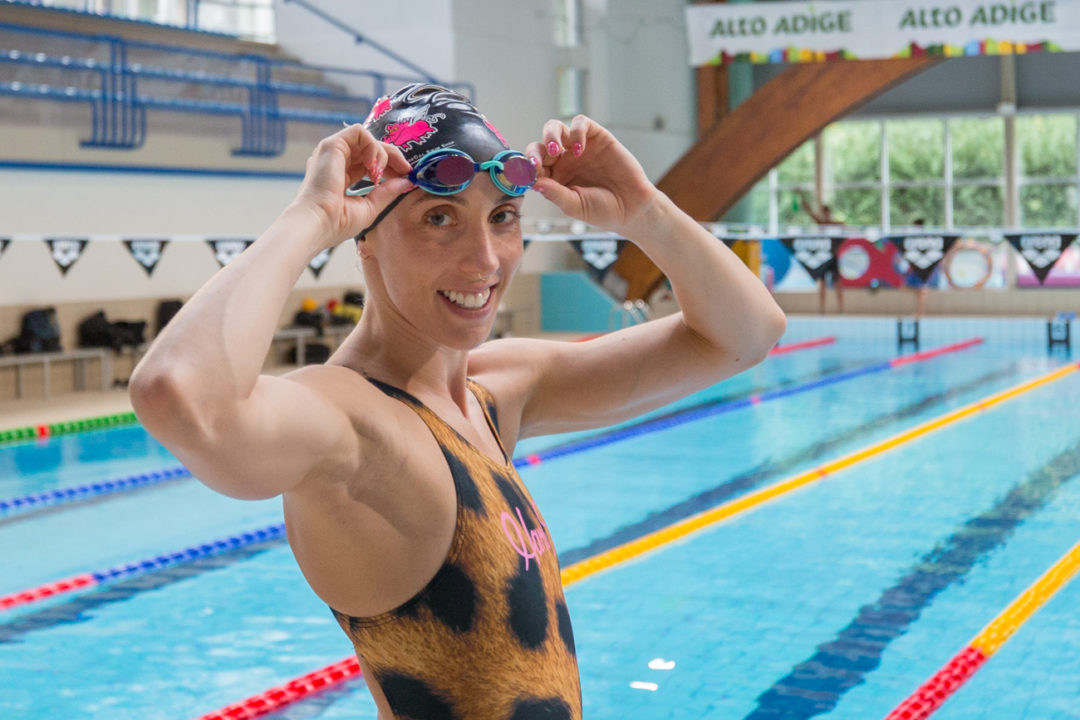 Madison Kennedy of the United States is headed to Bolzano this weekend to take on Brazilians and Italians at Swim Meeting Suditrol. Archive photo via “Rafael/Domeyko Photography”

A cluster of Brazilian stars is scheduled to race this weekend in Bolzano, led by World Record holder Cesar Cielo. As reported earlier this month, the 32-year-old Olympic gold medalist from 2008 will be traveling to this meet, as well as the 46th Nico Sapio Trophy taking place next the following weekend.

More recently, Guido clocked a new Brazilian and South American Record in the SCM 50 backstroke, registering a time of 22.55 while representing London Roar at the International Swimming League (ISL) meet in Budapest, Hungary.

Silva is also 32 years old and has been a prolific breaststroker across the Pan American, Pan Pacific, and Olympic Games.

But the Brazilians will be up against a strong host nation contingent, filled with the likes of Stefano Ballo, Fabio Scozzoli, Martina Carraro, Elena Di Liddo, Piero Codia, Nicolo Martinenghi and Thomas Ceccon.

Kennedy has a sneaky good 100 IM. This kind of format is made for her.