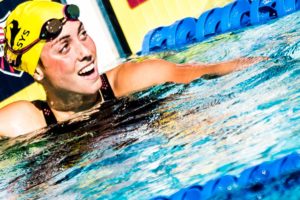 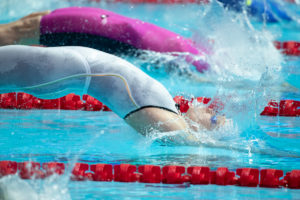 It’s time for the American Derby – we preview each team for strengths and weaknesses, focusing in on the all-important skins and relay races. 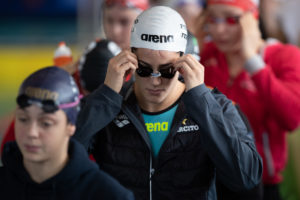 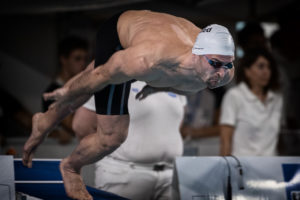 Madison Kennedy is an American swimmer who has been an active member of the US National team for nearly a decade.

Madison competed collegiately at Rutgers University for 2 years before transferring to Cal Berkeley and finishing her NCAA eligibility there, where she graduated with a degree in Psychology in 2010. She then moved to Charlotte, NC to train, teach Barre classes, and work for Lulu Lemon.

Madison was born to Jordana and James Kennedy in Avon, Connecticut. She has 2 sisters, Hannah and Jessica. Madison started swimming when she was 4 years old, and although she played a myriad of other sports through middle and high school (including lacrosse, soccer, and horse riding), something stuck as she went on to compete collegiately at the Division 1 level.

In 2014, Madison surfaced at SwimMAC Carolina, where she was training with David Marsh. She became infamous for her rope climbing abilities, as seen below.

Madison attended Rutgers University for her Freshman and Sophomore years, where she made an immediate impact. Her freshman season, she set a school record in the 50 yard freestyle as well as garnered All America honorable mention in 5 events at the 2006 NCAA Championships: 50 and 100 freestyle, and 4×50, 4×100, and 4×200 yard freestyle relays.

After 2 years at Rutgers, Kennedy decided to transfer to Cal Berkeley, where she again made an immediate impact.

Competing at the 2009 World University Games in Belgrade, Serbia, Madison Kennedy won 3 medals: gold in the 4x100m free and medley relays, and tied for bronze in the individual 100m free (54.96).

This time around at the Olympic trials, Kennedy placed even higher in her events, cutting her schedule down to just the 50m and 100m free and advancing to the finals in both. In the 50m free she placed 5th in the finals, while in the 100m free she ended up 8th.

Madison came away from the 2014 SC Worlds with 2 silvers, both from relays (4x50m and 4x100m freestyle). She also competed in the 50m free individually, where she was just outside medaling, placing 4th (23.86) in the final heat.

At the 2016 Olympic Trials, Kennedy earned her highest finish at a trials to date. She again swam the 50m and 100m freestyle.

In the 50m, Kennedy came into the meet as the top seed. In semis, she went a lifetime best of 24.39 to garner the top seed going into finals. In finals, she went 24.48 to finish 3rd, just missing out on an Olympic birth.

Right before she left for Hangzhou, Kennedy competed at the 2018 Winter Nationals in Greensboro, North Carolina.

She only swam the 50, and only got in the pool for her prelims and finals swims, logging only 100 meters of swimming in total (forgoing a normal in-pool warm up and warm down routine). She touched in her finals swim at 24.87.

In Hangzhou, Kennedy was voted a team captain for team USA. She helped the US to golds in the 4×50 free and mixed free relays, as well as placed 8th individually in the 50 free.

On June 11, 2019, Madison Kennedy was announced as a member of the DC Trident ISL team, headed by GM Kaitlin Sandeno.

In Lima, Kennedy won a bronze medal in the 50 free (25.14), her first individual LC international medal of her career. She also won a gold by swimming prelims on the mixed 4×100 free relay.