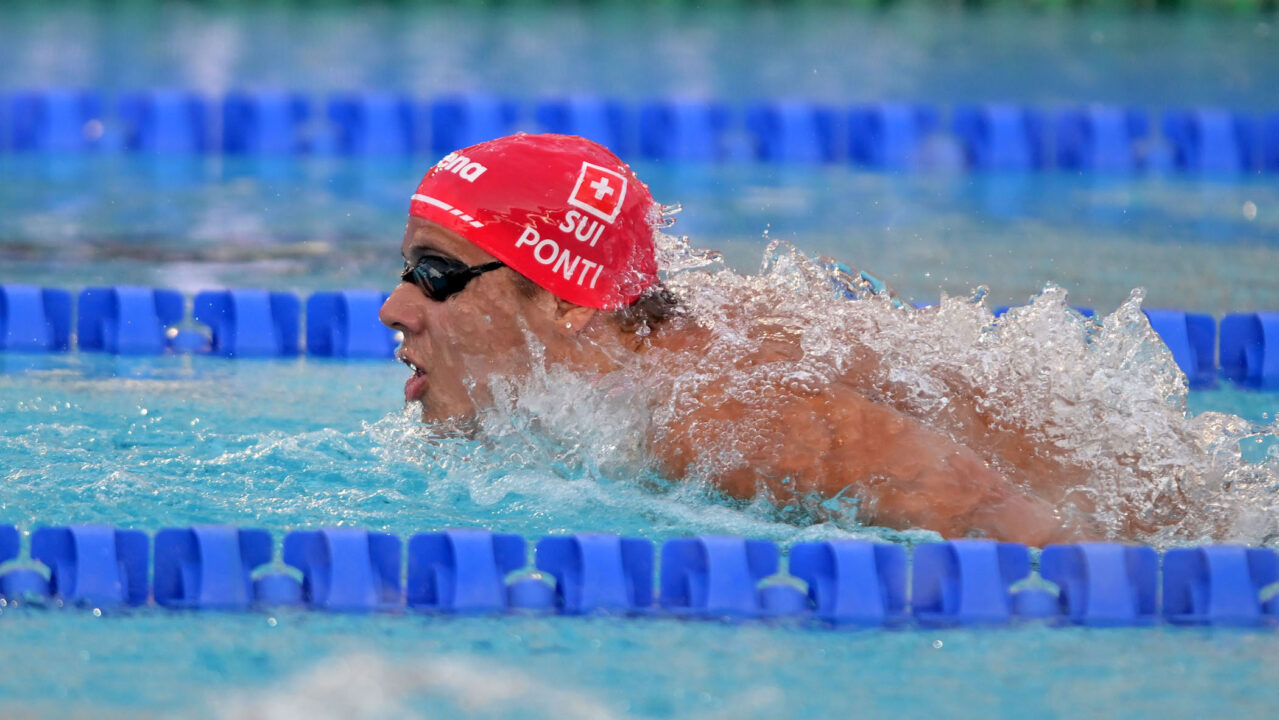 While the 2022 Alto Adige Swim Meet is taking place in Bolzano, Italy, the event is taking on a very international flavor, led by Swiss swimmer Noe Ponti.

In total, there are 37 teams from 12 countries represented at the competition.

Bolzano is located in northern Italy, just across the border from Switzerland (though about four-and-a-half hours by car from Ponti’s training base in Ticino).

The short trip was a worthwhile one for the Olympic bronze medalist, as on the first day of competition, he set two new personal bests and a new Meet Record.

His day began with a 48.24 in the 100 meter freestyle, which is a new personal best for him. He had previously swum 49.91 in October 2019. While Ponti is one of the world’s best 100 butterfliers, he hasn’t matched that success in any of the other races that we usually see swimmers of his caliber excel in – like the 100 free or 100 IM or 200 free, but this swim is a sign that he might be working on those sprint frees, if only for the benefit of the Swiss relays.

He followed that up with a full-second win and a new Meet Record in the 50 fly of 22.77 (which is a quarter-second from his personal best). The swim broke his own meet record that was set last year in 22.91.

In the women’s field, two wins went to Americans: Madison Kennedy led the 100 free in 56.05 while Kendyl Stewart had the top time in the 50 fly in 27.19. That is Stewart’s first race of record since November 2020 when she swam in the International Swimming League finale.

Nika Godun of Russia climbed to the top of the podium twice. In the women’s 50m breaststroke she won gold with a time of 30.06. Shortly after, she also took home the women’s 100m medley victory in 1.00.49. While Russians are banned from FINA competition for at least the rest of 2022 after the country invaded Ukraine, that ban has not, so far, extended to meets organized by national or local authorities.