Natalie Coughlin to Return to Competition with the DC Trident 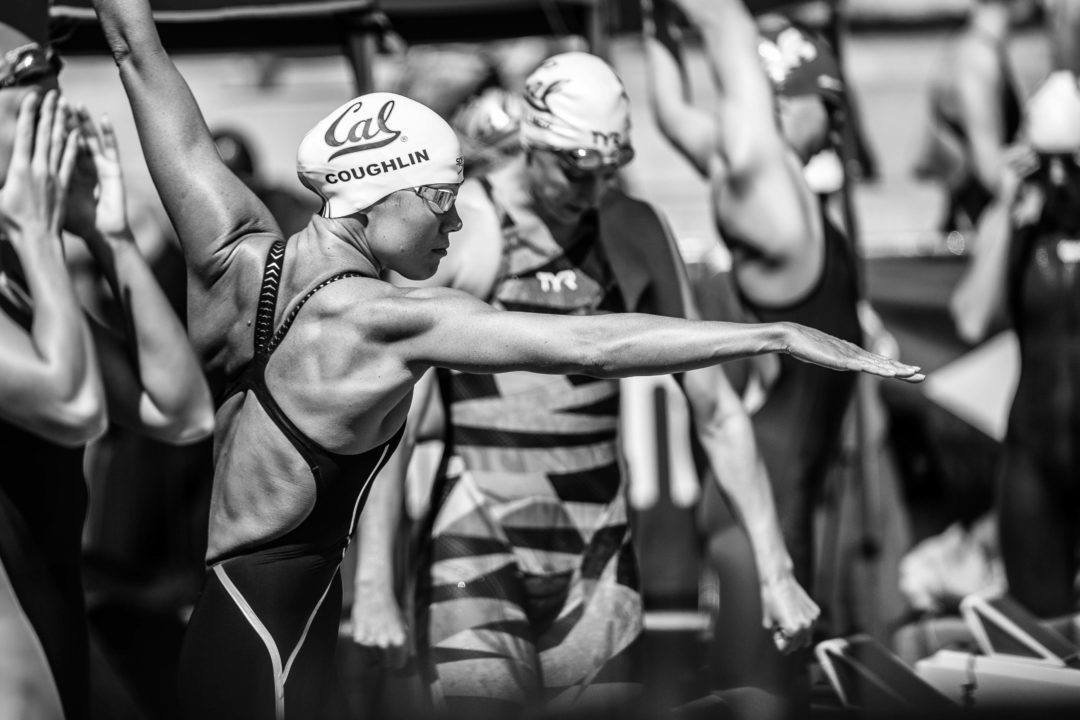 The DC Trident roster for the 2019 ISL season will include two of the USA's most legendary swimmers ever, Natalie Coughlin and Katie Ledecky. Current photo via Mike Lewis/Ola Vista Photography

Today at noon (EST), the International Swim League is officially announcing the rosters for four of the eight teams that will be competing in the league’s inaugural season. While we’ve been getting lots of info as to who would be swimming on the European-based teams, this will be our first look at the names for the teams based in the United States.

The biggest news in one sense is that legendary swimmer Natalie Coughlin will actually be competing in the ISL. Coughlin never formally retired, but she hasn’t competed in any USA Swimming meets since the 2016 Olympic Trials, and in 2017 she said that she was probably done with national team competition. In the years since she’s stepped back from serious training and competing, she’s remained involved with the sport as a commentator and as a GM of one of USA Swimming’s SwimSquads. However, Coughlin said today that she’s looking forward to competing once again, and has been seriously training for about six weeks.

Coughlin’s return to competing almost overshadows the fact that multiple world-record holder Katie Ledecky will also be competing for the Trident. This wasn’t too much of a surprise, as Ledecky grew up in the DC area, but we’ve already seen how some other athletes are joining teams that don’t necessarily match their hometown (e.g., another DC area native, John Shebat, will be swimming for the California Condors).

While the balance of the DC squad will consist of American swimmers, they’ll be joined by a strong contingent of international athletes, including Siobhan Haughey, Gabriel Santos, and Jeremy Stravius.

During the press conference, each team stressed that rosters are not quite complete. The Trident currently have 24 swimmers, and it sounds like teams will have at least 28 swimmers total.

Olympic gold medalist Kaitlin Sandeno will the General Manager for the Trident. Sandeno has been a familiar face in the swimming world even after her own competitive career ended. She’s been a frequent host for USA Swimming’s Deck Pass Live, and she’s also been a GM for USA Swimming’s SwimSquads competition. You can check out her interview with our Coleman Hodges here.

The International Swim League, led by financier Konstantin Grigorishin, organized in order to launch a swimming series of professional team matches that are separate from the normal annual competitions hosted by FINA. Now that the issues with FINA that prompted the cancellation of last year’s Energy Standard meet, appear to have been sorted out, the league will launch in October with two months of completion across two continents.

Love all of the anonymous online commentators telling Natalie how she should live her life.

Is there any info on when these meets will be or what format they will have?

Phelps would give the ISL a huge lift

Yeah, but he’d get his butt kicked in SCM.

Remember MP doing the exhibition 200y IM in Austin a few years back during his ban? He did a 1:40 when David Nolan’s AR was still1:39. In season. Not tapered or shaved. And in the same vein as Ol’ Longhorn’s comment above about Natalie’s underwaters, MP has been known (shall we say) for having “decent” (LOL) underwaters too, yes? I believe he would do fine at SCM if he was in shape & *wanted* to.

So what pool with the DC meet be held in? DC is lacking in quality pools, seems like they would use the U. Maryland, George Mason or Naval Academy pools if they want a quality pool with decent spectator seating.

DC Meet will be at UMD.

You just named 3. And The UMD is a terrific facility with ample seating.

Ample seating is a stretch, but it is a great/fast pool that is always available for meets. They could always go a little south to the SwimRVA pool they had the last Pro Series meet at too.

Katie Ledecky said earlier that she is going to be a charter member of the ISL team. What does it mean? No formal contract and she will get paid meet by meet? Is ISL financial agreements is still a big secret?

A “charter member” is an original or founding member of an organization. So it just means that she’ll be a member of the ISL team from its very first season and won’t be joining at a later date.

Give it up Natalie

Probably broadcasting doesn’t pay that much.

Have you seen where she lives? I think she’ll be fine.

Never been invited, but I believe you. Then she does it either for fun or to promote Great Cause or she is missing racing.

Love how people said this to Phelps around 2014 and 15 and I mean look at how that turned out. People said it to Dara Torres and we see what happened there. Let her live her life

The great thing about the ISL is it offers swimming athletes a way to keep swimming even if they are not at a high enough level to make the Olympics. Traditionally so much focus has been on the Olympics for swimming with 4-year cycles. The ISL also has the potential to give more opportunities for those that are no longer able to compete at the Olympic level but can still swim fast. I am looking forward to it.

Plus it’s SCM, and she’s a beast with her underwaters short course.

Plus SCM provides an opportunity for American swimmers to do that that pool length more (wouldn’t it be fascinating to see what KL could do for a 1500 SCM, for instance?)

Didn’t she just have baby a short time ago??? Enjoy being a mom & move on from swimming!!

So is this just a ISL thing or is she looking for a Tokyo spot ??? Amazing if she does

She didn’t specify. My guess would be that she’s going to focus on the ISL for now and see how it goes.