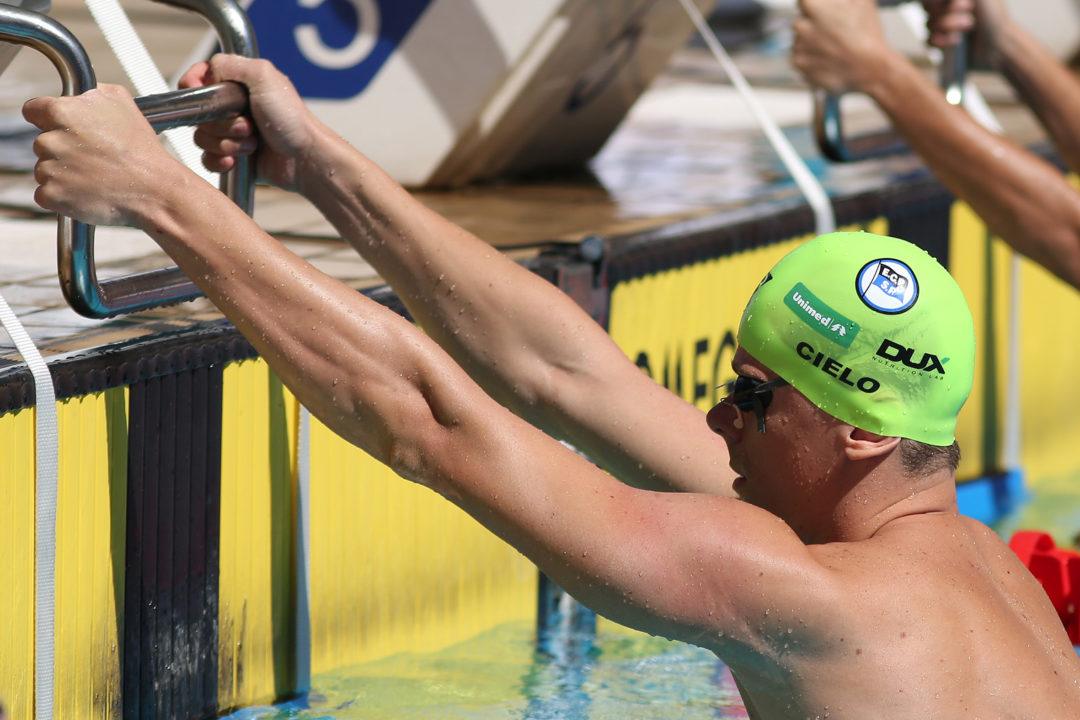 Cesar Cielo returns to competition in Italy after much anticipation regarding whether or not the world-renowned swimmer would hang up his suit for good. Archive photo via Ricardo Sodré

Cesar Cielo will travel to Italy to compete in two competitions this fall. This commitment indicates a continuation of his career after much uncertainty surrounded his return to the sport.

The first of the two meets, Bolzano International Swim Meet, will take place November 2nd-3rd. Here is where the best swimmers across the world compete in all sprint distances (50 and 100M) and relay races for prize money. The second meet, 46th Nico Sapio Trophy, will take place in Genoa from November 7th-9th at the Sciorba Sports Complex. This is another popular international competition where several swim stars usually compete. Currently he is not registered with the International Swimming League.

These events mark Cielo’s return to competition since his last meet at the Copa Heller in February. There was widepsread speculation that the 2018 Short Course World Championships in Hangzhou, China, would be his last meet, but rather he’s continuing to race into another new season.

While in Italy, Cesar along with two other Brazilian swimmers (Guilherme Guido and Felipe França) who will also compete in the meets, will host swim clinics in both Turin and Mugello through the Cesar Cielo Swim Clinic.

Cesar Cielo rose to fame as one of Brazil’s most decorated and accomplished swimmers of all time after appearing in his first international competition in 2004. Cielo is the c urrent World Record holder in the 50M and 100M in long course freestyle at 20.91 and 46.91 respectively. At the age of 32, Cesar Cielo has accumulated 8 Pan American Championship medals, 3 Pan Pacific Championship medals, 19 World Championship medals and 3 Olympic medals, 2 of which are gold.

He has only 1 olympic gold medal, not 2 swimswam

Cielo has 1 olympic gold and 2 bronzes

They need to clean that pool