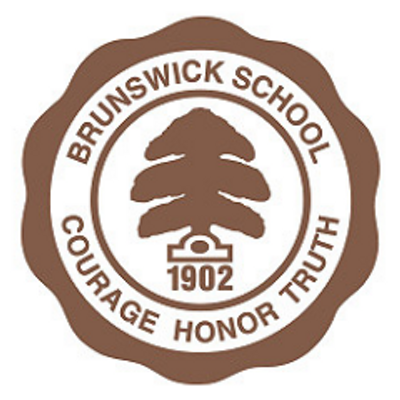 The Brunswick School in Greenwich, Connecticut defeated Loomis Chaffee School at their home pool in Windsor, Connecticut on Wednesday, December 18th, and in the process broke a National High School Record.

The Brunswick Bruins won every individual event and proceeded to break numerous records in the process, including a new National High School Record in the 400 meter free relay.

The 400 free relay made up of senior Marcus Hodgson, sophomore Alex Hazlett, sophomore Lucas Hodgson, and junior Michael O’Malley earned an automatic All-American time as well as the new National and New England records with a time of 3:26.41. The quartet broke the National Independent High School Record of 3:26.88 set by the Baylor School (Tennessee) in November of 2008.

“I am so proud of them and so happy for them,” Brunswick School head coach Aaron Montgomery said.

The Brunswick 200 meter free relay narrowly missed the National Independent High School Record by .7 seconds. M. Hodgson, Hazlett, L. Hodgson, and O’Malley finished in a time of 1:35.15 while M. Hodgson led off the relay with an All-America consideration time of 23.06. That record belongs to the Peddie School, which swam a 1:33.41 in 2011.

The Brunswick School returns to competition in the new year with a home dual meet vs. Phillips Exeter Academy on Saturday, January 11th while Loomis Chaffee duals Kent School at home on Wednesday, January 15th.

Alex Hazlett is a sophomore…and a record is a record.

In the land of the blind the one eyed man is king.

The headline proclaiming “…New National High School Record…” could use a couple of asterisks. That’s a legitimately fast relay but not anything earth shattering. This record is only comparing to the small subset of (private) high schools that are members of the National Independent High Schools and even more importantly, it’s a relatively uncommon course in the USA (SCM). By my math (using the NCAA conversion factor) that time converts to about a 3:07 SCY which is over six seconds slower than the Connecticut high school state record and over twelve seconds slower than the actual national record.

It still took 11 years for any team to break the previous record! Congratulations to the swimmers!

The headline identifies the course. Everyone knows SCY records are almost always comparatively faster by a wide margin; doesn’t mean we shouldn’t recognize the records. Congrats to the team on a really solid swim in a dual meet! Oh, and for what it’s worth, high school times aren’t converted with the NCAA conversion factor — they are converted by a set of factors specifically for high schools by the NFHS and it converts to 3:05.29.

You gonna criticize the Dressel or Seto records or any of the other SCM records that were set at the ISL? I don’t think so…a record is a record—you don’t like it, beat it.

Used to swim SCM in high school. Against teams we knew we would beat, would go slow and try to go 4:00.00.