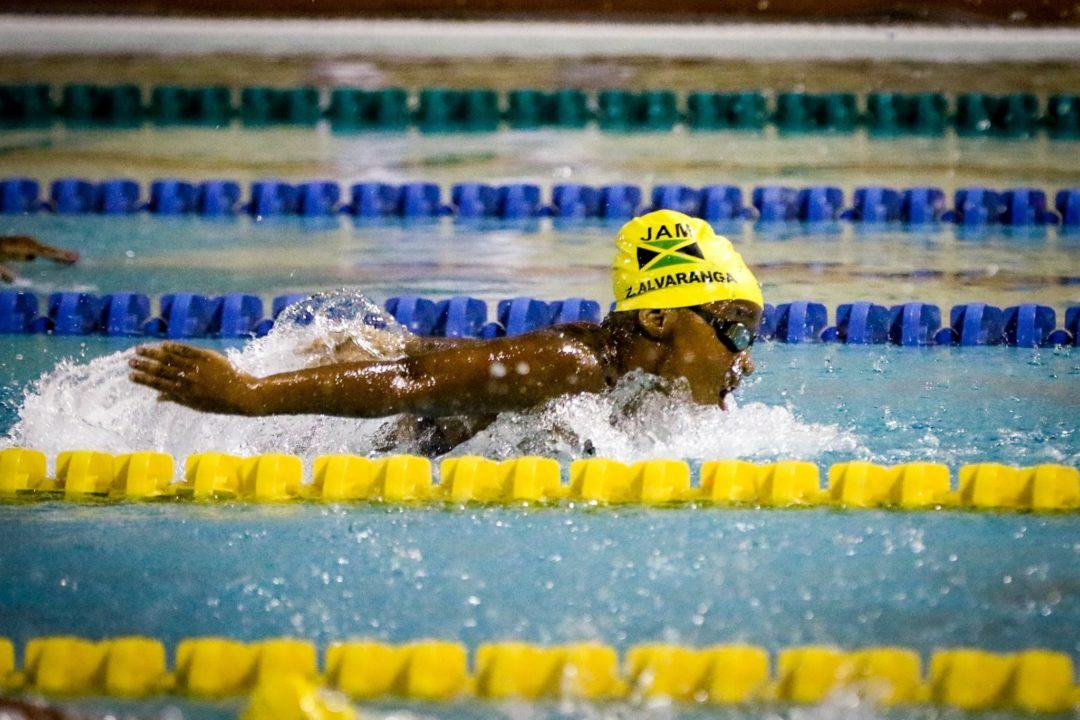 This would be the first time in history that the CARIFTA Swimming Championships has been postponed since it started in 1985. Stock photo via Michael Lyn

The 35th annual 2020 CARIFTA Aquatics Championships has been postponed due the novel coronavirus/COVID-19 Pandemic. The CANOC (Caribbean Association of National Olympic Committees) is the governing body of Olympic competition in the Caribbean. They are just one of the many national governing associations that has delayed/cancelled athletic competition over the past week in order to protect athletes and spectators from the global outbreak. The meet was to be held April 11-14, 2020 at the Barbados Aquatics Centre in Bridgetown, Barbados.

In the days prior to the official announcement, three-time champions Barbados, Antigua, and Trinidad and Tobago all announced they would no longer be participating at CARIFTA. Unlike other regions, very few countries in this region have a designated Olympic Trials meet, or even a home meet that is allowed to be used for Olympic qualification. This means that the CARIFTA Swimming Championships serve as an Olympic qualifying event for athletes attending from countries such as Antigua & Barbuda, Bermuda, Grenada, Jamaica, Bahamas, and Turks & Caicos to name a few. There is no official word on a new potential date for the event.

Atkinson, a breaststroke specialist, competed in her first Olympic Games at 16 years old. In 2014, she became the first African-American woman to win a world title in swimming and Jamaica’s first gold medalist at the World Championships. She is also the five-time Swammy Award Central American & Caribbean Female Athlete of the Year. At the 2012 Olympic Games in London, Atkinson won a swim-off in the 100m breaststroke to advance to finals. She finished just shy of the podium in 4th place.

CARIFTA (Caribbean Free Trade Association) began in 1968 as an economic bridge between the English-speaking countries in the Caribbean. While improving relations between the Caribbean islands, the organization also encouraged and diversified trade and fair competition. From there, CARIFTA Games and CARIFTA Swimming Championships formed, starting a tradition of athletic competition where some of the nations’ best athletes come together to compete.

The Bahamas is hopeful its national championship at the end of June may be able to take place. It is an Olympic qualifier .