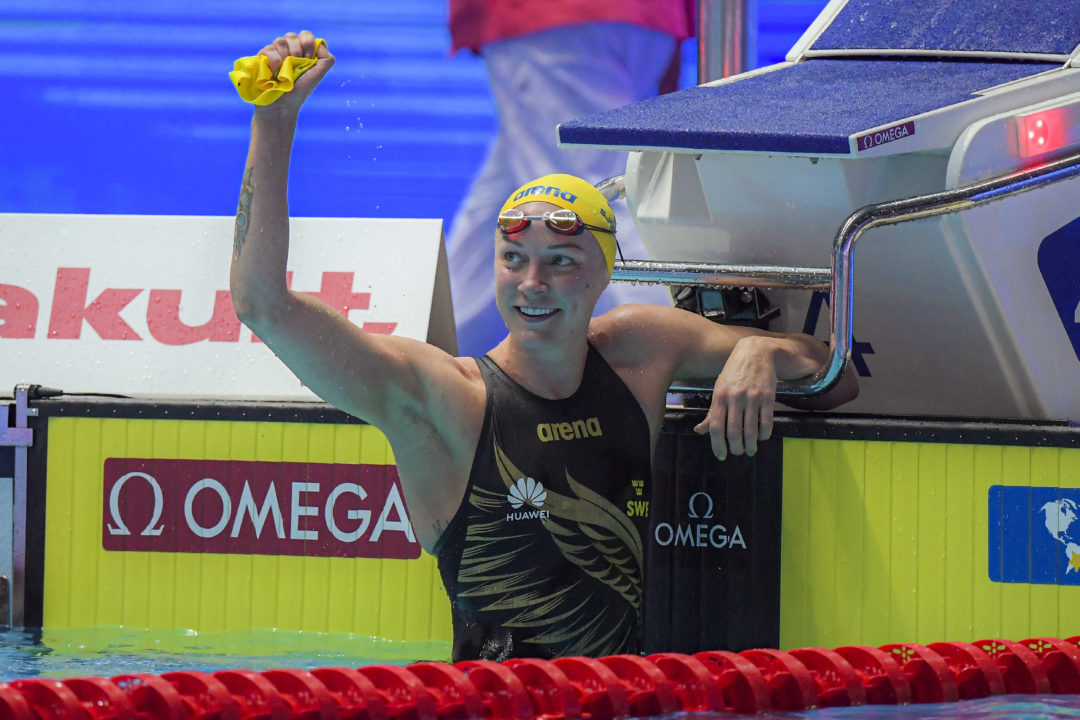 Olympic champion Sarah Sjostro will kick off her 2020 year of racing with a stop at the Luxembourg Euro Meet at the end of January. Archive photo via Gian Mattia D'Alberto - LaPresse

However, the stakes have since been raised, with another round of high-profile swimmers committing to swimming at the Euro Meet.

Fratus will be joined by fellow sprinters Ben Proud of Great Britain and Andrii Govorov of Ukraine, not to mention another Energy Standard weapon in Florent Manaudou of France.

Denmark’s reigning 50m freestyle gold medalist from Rio, Pernille Blume, has been unveiled as another competitor for the Euro Meet.

There is still plenty of time for additional participants to be announced, with the 2019 edition of the meet having carried some heavyweight hitters as Katinka Hosszu, David Verraszto, Mykhailo Romanchuk and Kliment Kolesnikov, so stay tuned on other names who may kick-off their 2020 racing calendar with this competition.

Olympian – the meet is still a few weeks away, we’ll have a full preview with streaming links and such as the meet gets closer.

it will be streamed on euromeet.lu normally

I dont think the word “commit” is what I would use. It sounded like they were all committing to swim for the same college by the title.

“Commit” is nothing. But heavyweight hitter Katinka Hosszu is priceless.

I don’t think you know what commit means.