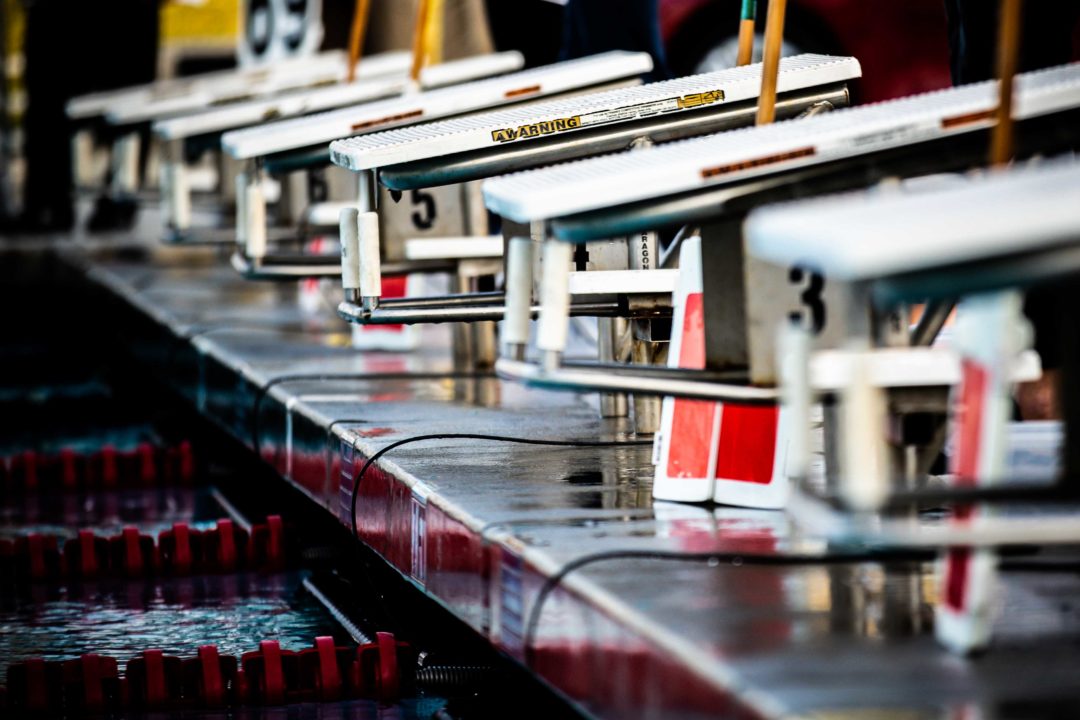 Pine Crest started the meet by winning the 200 medley relay by a large margin. The school’s team of Julia Podkoscielny, Riley Botting, Esther Lin, and Hanna Smith swam to the fastest time by over five seconds, finishing in 1:44.00.

Winning her second straight 200 free was Jensen Beach’s, Blair Stoneburg. A junior and University of Wisconsin commit, Stoneburg finished in 1:44.63, just off of Morgan Tankersley’s state record from 2016.

She also added a second win in the 500 free. After winning the 100 fly last year and the 100 free the year before, she switched to the 500 free where she won by over 14 seconds. Her time of 4:39.10 also nearly bested Tankersley’s state record in the event.

After helping Pine Crest’s 200 medley relay to a state title earlier in the meet, Julia Podkoscielny added two individual state titles of her own. She won both the 200 IM (1:59.14) and 100 back (54.29) by wide margins. Only a sophomore, she has now won both events in each year of high school.

The girl’s diving event was also won by a freshman, Rylie Darkatsh. Competing for Stanton College Prep, she finished with a score of 378.70.

Returning to the top spot in the 100 fly was Clay’s, Sara Stotler. After winning the event two years ago, she finished second last year. This year she claimed the title by nearly three seconds, finishing in 53.35. Stotler is committed to join the University of Tennessee next fall.

Pine Crest claimed another relay title in the 200 free relay, with Isabella Chambers joining Podkoscielny, Botting, and Smith to win the event in 1:35.60.

The 100 breast went to sophomore Michelle Fernandez of Mater Lakes for the second straight year. Fernandez beat out Pine Crest’s Riley Botting to finish in 1:04.59.

The final event of the day, the 400 free relay, went to Jensen Beach. Leading the field by almost five seconds, the relay finished in 3:29.55.

In the 200 medley relay, the team of Nicholas Shaffer, Liam Schindler, Erick Magalhaes, and Sam Prabhakaran of Jesuit combined to take home the state title. The relay finished in 1:35.82.

Winning two individual events on the day was Jake Sciscente of Lincoln Park. The junior’s first win came in the 200 free, where he led the field with a time of 1:40.35. He later beat out fellow sophomore Brennan Muramatsu of Monteverde to win the 100 back in 50.31.

After leading off his school’s medley relay earlier in the meet, Nicholas Shaffer returned to take the state title in the 200 IM. After finishing third last year in 1:51.75, he dropped almost a second, finishing in 1:50.83.

The diving event went to now five-time state champion Kevin Mendez of Pine Crest in dominant fashion. The senior scored 80 points more than the runner-up, Elisha Dees, finishing with 560.45 points. In winning his fourth state title last year, Mendez became just the third boy in state history to accomplish the feat. Having now won five state titles, after competing for Pine Crest while still in grade school, he now holds the distinction of being the first boy in state history to achieve this. He is a part of Team USA, having represented the country at Junior Worlds in 2018.

The 100 fly went to Braeden Knight of Baker County. After finishing as the runner-up a year ago, Knight returned in his senior year to claim the state title.

In the 500 free, Elliot Weisel, a sophomore at Rockledge, took home the state title. He beat out last year’s top returner, runner-up Clyde Crouse, who finished 5th, with a winning time of 4:34.24.

Josh Hanks repeated as state champion in the 100 breast, finishing in 55.65. The senior and Georgia Tech commit also finished second in the 50 free (20.61).

Jesuit finished the meet with a win in the 400 free relay, beating runner-up Stanton College Prep by over five seconds. The relay finished in 3:10.22.

It was a record fifth diving title for Kevin Mendez, he has been winning them since he was a seventh grader. Also please do not take away from Tampa Jesuit, it was their third title in four years and Pine Crest did not have the horses and was in the midst of rebuilding, it was a huge accomplishment for them to finish second.

The Jesuit school must be pretty good because Pine Crest has been dominate south Florida private school swimming since the 70’s.