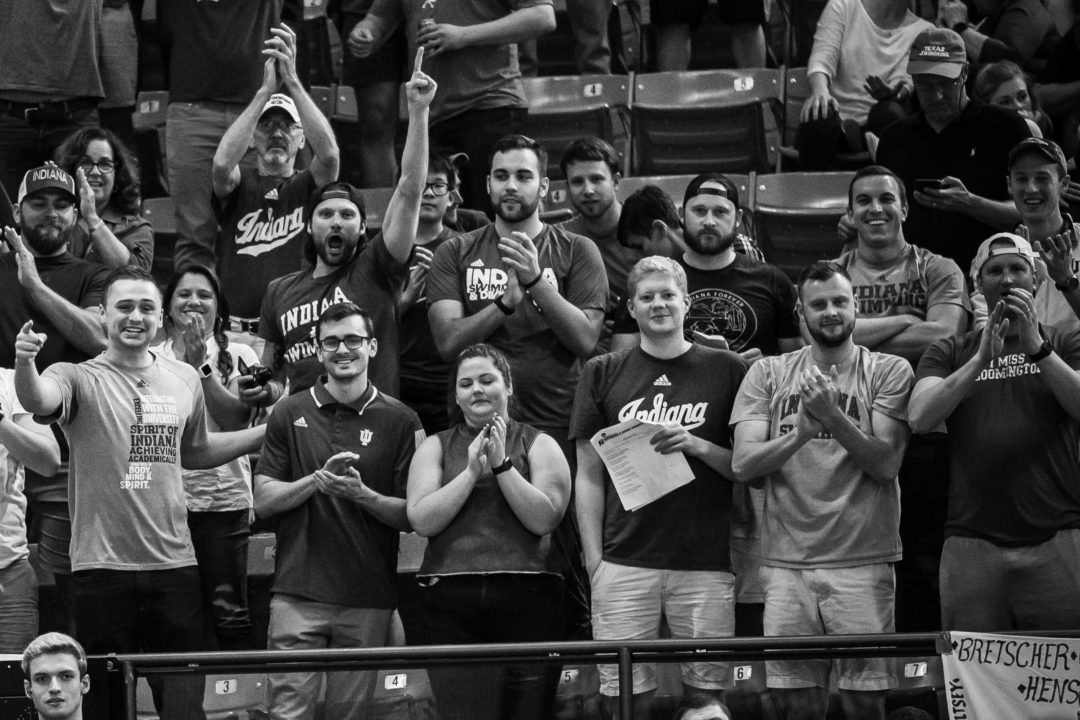 I guess the coaching transfers breaks the tie with NC State?

What’s is the tie that your are speaking of with N.C. State make a statement then you should explain yourself or don’t make the statement at all .Or are you just looking to start a discussion that doesn’t exist

I think it’s a stretch joke about transfers and new assistant coaches being evidence of the downfall of both programs.

Didn’t know that any New coaches at N.C. State caused any down fall in their program looks like they still were they were after two good assistant coaches got head coaching jobs and were replaced by two outstanding new coaches I think I’m right with this at N.C. State Braden

After the turmoil he caused at Arizona, I can’t imagine any parent who does basic research would be comfortable sending their child to swim with Cory.

Working with or for people who are cheating or have cheated on their partner is hardly rare in life. It’s not a great move, but it’s a reflection on him personally not professionally.

It disrupted the team for a year. He was the associate head coach, she was an assistant. That’s a difference of authority and abuse of power. It’s actually a violation of safe sport policy That’s not personal, that’s plain unprofessional. I’m shocked he gets a job. Ruined his marriage, slept with a subordinate, caused massive drama on a team of great young men and women. This is a terrible hire. I’m at a loss.

I’m all for safe sport, but Botsford doesn’t bow down to anyone and has shown plenty of power herself in her coaching career. The situation is certainly inappropriate but both adults are likely equally responsible, though admittedly I don’t know any specifics. She knows swimming and will land somewhere, but I sure hope it’s not back to coaching high school or club.

Exactly you don’t know ANY specifics, so why make a stupid comment?

Not a safesport violation. A U of A employment policy violation for sure (romantic relationship with subordinate without notice to administration so that authority is redelegated).

Sounds like someone hasn’t taken their mandatory USAS Safe Sport education due June 23rd. Good thing you still have a month! To be clear, it is absolutely a Safe Sport violation.

Given what U of A did for him including the coaching staff and fellow swimmers I have one word to sum up what has occured. CLASSLESS

21
-3
Reply
Too quick to judge
Reply to  Togger

Some people are too quick to judge and don’t know the full story. many people that comment negatively on here probably have no room to talk themselves. I think Cory is a class act and has proven himself as a coach at the highest levels. Ray looze is also a class act and hiring Cory will bring great success to an already successful program.

18
-4
Reply
Coachymccoachface
Reply to  Too quick to judge

A class act to you cheats on his wife with his coworker? You’re a terrible judge of character.

Cory,
Respect the tradition. Here’s to hoping you have enough grace for being given a second chance that you can keep it professional.

The tradition at IU recently seems to be consistent with this hire. Coaches flowing in an out, an absurd amount of transfers, “if you don’t have the rings don’t talk to me” culture, etc.