Practice + Pancakes: New Mexico Women at That Holiday Workout We’ve All Been To

For the holidays I went to visit my brother in Albuquerque. Wyatt trains with the UNM women’s team 3 days a week, and so I paid the Lobos a visit. 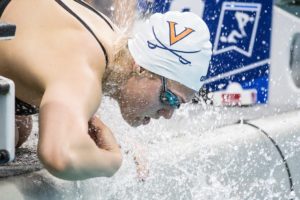 Coaches Blaire Bachman and Tyler Fenwick were running a lactate set for the 3rd Friday in a row, geared toward getting the Hoos race ready 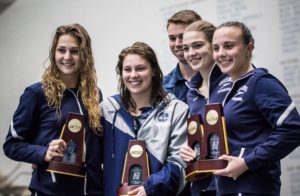 Beyond the Pancakes: How Queens University Won Mens/Women’s Titles in 5 Years

When SwimSwam went to visit Queens University, we sat down with head coach Jeff Dugdale to speak with him about Queens’ success since his arrival in 2011

Beyond the Pancakes: Can we find Kinetic Energy that’s already there?

before the arrival of Usain Bolt in the 100m and 200m dash, running had hit sort of a wall where sprinters weren’t getting much faster

Beyond the Pancakes: Jonty Skinner Defines Velocity for Swimming

Jonty Skinner is always concocting some new formula to think differently about swimming. If you haven’t heard his talk on Hydro Freestyle, check it out here.

After two seasons at the University of Pittsburgh, Westfall becomes new head coach Coley Stickels’ first hire since he was brought on at Alabama in April.

According to source, Auburn alum and current FSU assistant Ozzie Quevedo will be heading to Alabama to join Coley Stickels’ staff.

Geer is one of a handful of Indiana post-grads we know are following Stickels.

Held, who had moved to train with the Indiana pro group in February, expects Zane Waddell, Laurent Bams and Ali Khalafalla will comprise his main training partners at Alabama.

Beyond the Pancakes: The Lesson I Learned as the Sports Science Guy for USA Swimming

In this episode, Skinner explains how to use a neuroscience approach to teach someone a new technique

Beyond the Pancakes: Jonty Skinner On “Hydro” Freestyle Technique

Skinner calls the ideal freestyle technique “hydro freestyle”, and it is based on the idea of vaulting yourself over the water rather than pulling yourself through it

The CSCAA is excited to announce two major additions to the 2018 Convention in Evanston, Illinois.