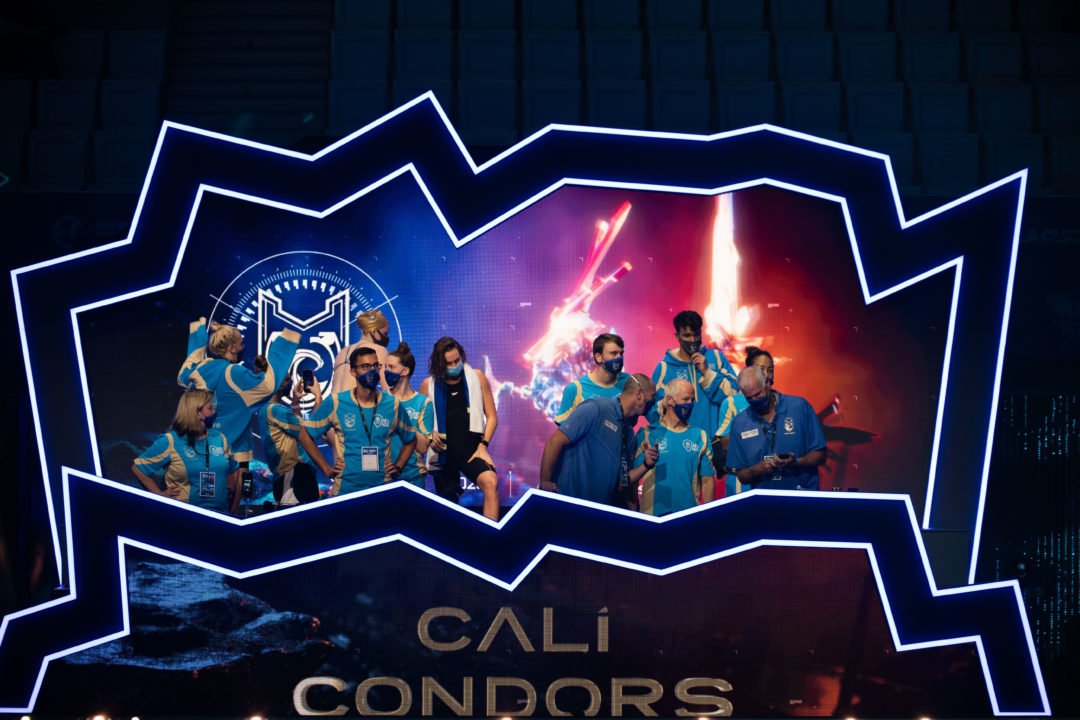 Through the month of October, the Cali Condors are undefeated with two key wins and the league’s #1-scoring roster.

Head coach Jonty Skinner was actually a late substitute for the Condors. Jeff Julian was originally set to coach the International Swimming League team, but he was hospitalized during another bout with cancer early in this month.

Julian is doing well back in California, beginning treatment and exemplifying the optimistic mindset that has always been readily apparent in Julian as a person and a coach. And Skinner has been excellent in his stead, guiding the Condors to the ISL’s lead.

The Condors have remained undefeated in the women’s medley relay, with six wins in six meets across two ISL seasons. Lilly King has improved to 25-for-25 in event wins – she’s swept the 50, 100, and 200 breaststrokes in all six of her ISL meets so far, along with medley relay wins and a 50 breast skins win in the opener.

Cali’s women hold the league’s top time this season in 10 of 18 events, including 7 of the 10 events on day 1 of the ISL format. And Skinner has parlayed that dominating women’s roster into maximum skins points, setting up 1-2 finishes in the skins final in two different strokes in two meets.

So why aren’t the Georgia boys on the team? (Wilson etc)