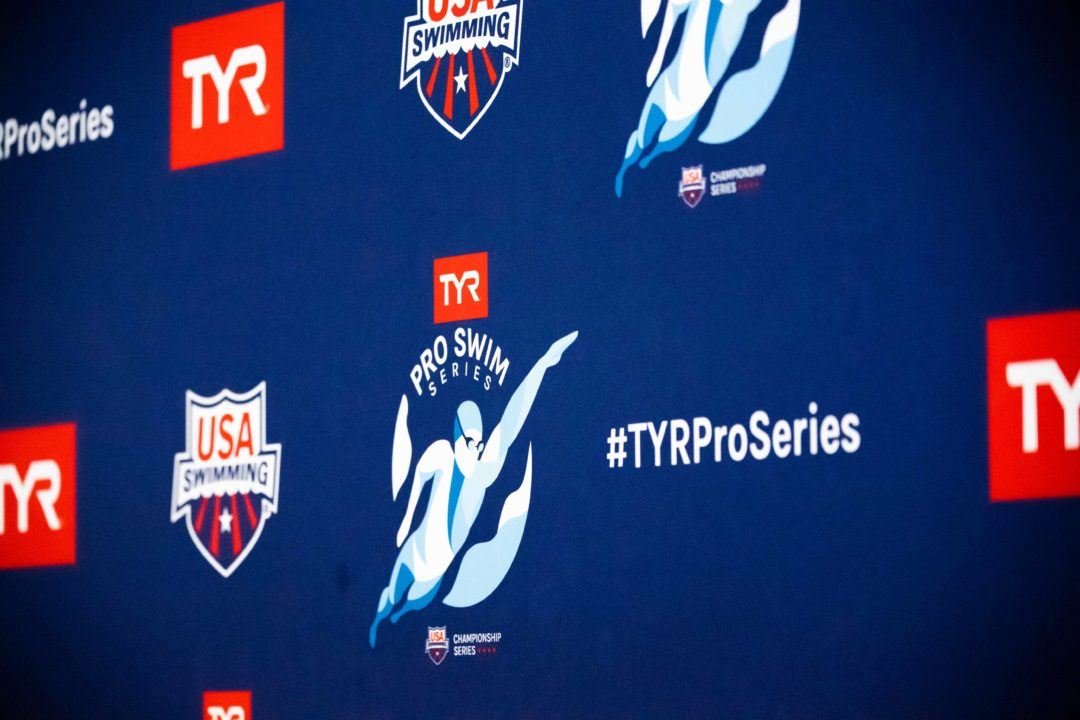 USA Swimming has moved the January stop of its 2021 Pro Swim Series to Richmond, Virginia. That should be the opening stop of the series. Stock photo via Mike Lewis/Ola Vista Photography

The long course qualifying standards for the 2021 Pro Swim Series meets will remain the same as the Olympic Trials standards, with yards and bonus cuts available as well.

USA Swimming has moved the January stop of its 2021 Pro Swim Series to Richmond, Virginia. That should be the opening stop of the series.

The coronavirus pandemic shortened the Pro Swim Series, cutting off a potential fall 2020 season opener. The series was originally supposed to open with November stops in Richmond and in Irvine, California, but those events were canceled as of early this month.

Knoxville, Tennessee has hosted the tour’s January event for a few years, but this year, that meet will move to Richmond. Here’s a look at the current Pro Swim Series schedule:

The long course meters series should be a ramp up to the 2021 U.S. Olympic Trials, with all of 2020’s major summer meets (including the Olympics and Olympic Trials) pushed back a year amid the pandemic. Many of USA Swimming’s top national teamers are competing in the short course meters International Swimming League this October and November, and the Pro Swim Series opener could be the first long course meet of the season for many of those Olympic contenders.

The January stop will conflict with the established college swim season, though most years we see a handful of college swimmers compete in the early PSS stops for some long course racing experience.

The Pro Swim Series will require Olympic Trials time standards for athletes to be able to compete, though athletes with one Trials cut can make bonus cuts in other events. That should keep the meets on the smaller side as the pandemic has forced sporting events to regulate how many people can attend an event together.

They’re definitely going to need to eliminate C & D finals, though I doubt they’ll have enough in each event to warrant them anyways. That way, they can take their time and keep everyone spaced without having to worry about going late until the night.

Why? It’s a good opportunity for others to get a shot at making trials

I think it’s the best due to the Covid-19 pandemic, they should honestly make it timed final sessions.