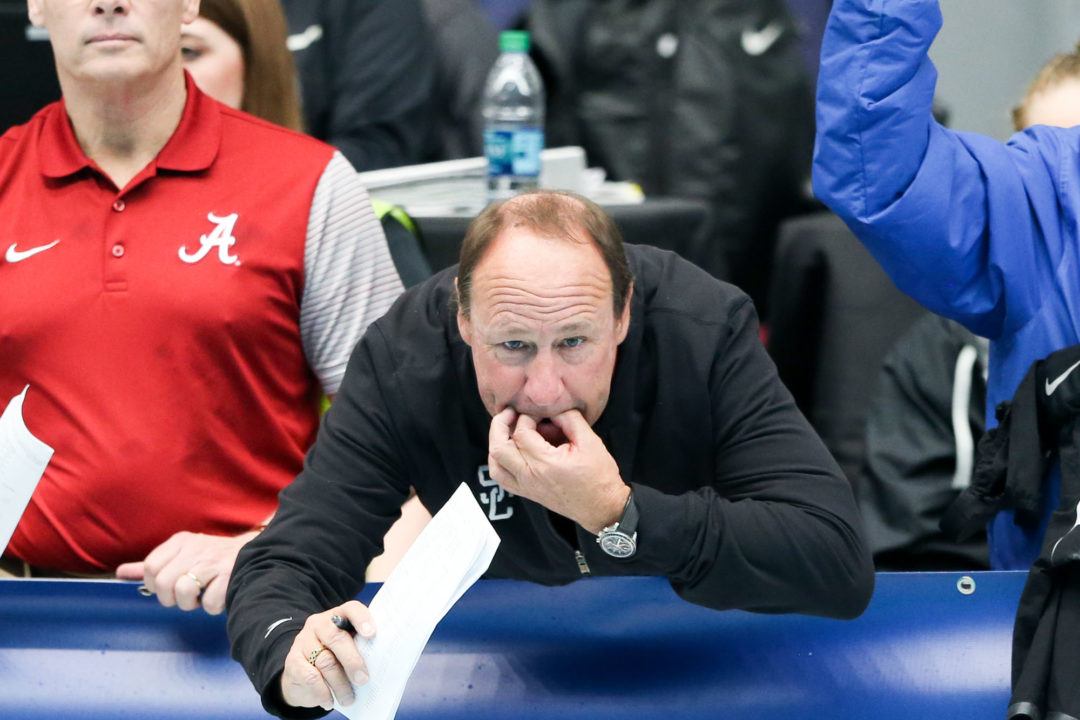 Dave Salo will coach one of the new clubs, the Tokyo Frog Kings, during the ISL's second season. Archive photo via Tim Binning/TheSwimPictures.com

The head coaches for the the International Swimming League’s second season were announced during the league’s press conference launch on Wednesday, with several new “bench bosses” put in place compared to last year.

Perhaps the most notable change comes from the Cali Condors, who have hired Jeff Julian as head coach to take over for Gregg Troy. Julian is currently the coach at Rose Bowl Aquatics, and he was also previously an assistant at USC.

Note: it was originally announced that Jonty Skinner was the new head coach of the Cali Condors. This has since been corrected.

So these coaches leave their home program for a month? Good gig if you can get it. I guess you take your horse(s) with you and leave the scraps with the asst coach.

I think that’s why you see many of the head coaches are retired from primary jobs (Cyndi Gallagher, for example at UCLA; Martin Truijens I don’t think has a permanent training group).

Gregg Troy, who was going to be the head coach for the Condors before COVID, seems to have gotten his entire training group into ISL.

He’s in the high risk group due to age, honestly not surprised to see him sit this year out

They’re basically the same age though (Troy is 69, Skinner is 66, according to wikipedia)

I guess we all get to make the personal choice of what we feel safe with.

(Also Skinner was a misprint, Coach is Jeff Julian who seems to be 45)

There are some big names in that team .for a unknown coach to handle . .

Skinner was actually announced today by the ISL. The Condors clarified that they’re working on some kind of co-head coach arrangement, but until that point, Julian is the name they’re pushing as their head coach.

I thought Skinner retired from coaching?

Didn’t expect NY breakers to get a coaching switch, but it seems like this may help the team in the right direction