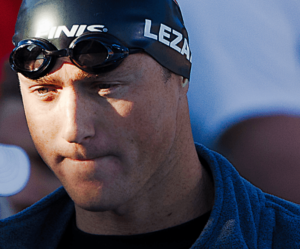 Lezak will act as a part-time assistant with both the boys and girls teams at Mater Dei, which will reunite him with his former high school coach Ken Dory.

We’re back with swimming’s TopTenTweets. 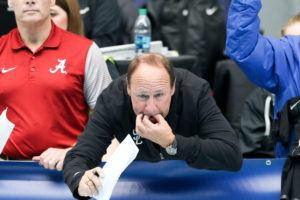 March’s NCAA championship meets will be the storied USC head coach of 14 years Dave Salo’s last in his current role, he announced. 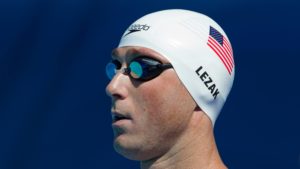 Lezak: ISL Athletes “have never been treated like professionals” (Video)

Now that the competition has concluded, team standings show two clear leaders in Energy Standard with 521 points and the Cali Condors with 425 points.

Jason Lezak, one of the United States’ most prominent relay sprinters, was born in Bellflower, California, on November 12, 1975, and grew up in nearby Irvine. He started swimming when he was very young, and, at the age of ten, participated in the junior Olympics. However, his interest in athletics spanned many sports – basketball, baseball, soccer, and water polo – several of which he continued to play in high school. It wasn’t until after his collegiate swimming career at UC Santa Barbara that his professional rise began. His pro career lasted for nearly fifteen years, spanning four Olympic games and garnering eight Olympic medals.

In 1999, Lezak broke into the international forefront at Pan Pacific Championships in Sydney by helping the United States 400-meter freestyle relay team earn a silver medal behind Australia. He returned to Sydney for the 2000 Olympics, earning his first Olympic gold anchoring the 4 x 100 medley relay, and a silver that, exciting as it was, also signified the United States’ first loss in the 4 x 100 free relay in Olympic history. He was twenty-four years old, and only starting his elite career.

While he competed in both the 50-meter free and 100-meter free at World Championships, he did not medal in either. The next year, Lezak returned with a vengeance, winning both events at U.S. Championships and, one week later, winning the 50 freestyle at Pan Pacifics.  By the end of 2002, he was ranked #1 sprinter in the country after those victories, over Anthony Ervin, who had previously beat him in the 50 free at Worlds.

In 2004, Lezak appeared in Athens, after breaking the 100-meter freestyle American record during trials – faster than Matt Biondi, one of Lezak’s swimming idols. He also qualified in the 50 free, but did not medal in either event. Success finally came during the 4 x 100 medley relay, where he swam the freestyle leg after Aaron Peirsol, Brendan Hansen, and Ian Crocker. Lezak cruised to first place in world record time ahead of Germany.

Leading up to the Beijing Olympics, Lezak began to train regularly without a coach. One of very few elite swimmers with the discipline to train on the daily without a team or trainer at his side, Lezak told media that he was capable of motivating himself. He firmly believed that this willpower was key to his confidence and competitive mentality, and that only he knew what was right for him at his age and for his specialty.

It was this inspiration and perseverance that Team USA recognized when Lezak was chosen as a captain at the 2008 Olympic Games in Beijing. Lezak garnered star status when he saved Michael Phelps’ history-making 8-medal streak by advancing against formidable French sprinter, Alain Bernard, in the anchor lap of the 4 x 100 freestyle relay, snatching up the world record. The triump was celebrated internationally as an almost unbelievable feat. It was recognized as “Best Moment” at the ESPYs.

However, Lezak’s favorite memory from Beijing – and perhaps in the entirety of his career – was the 100-meter free individual race. He touched in a tie with Brazilian sprinter, Cesar Cielo, behind the very same Frenchman who he bested in the relay, Alain Bernard, and Eamon Sullivan. While this resulted in a bronze for both athletes, Lezak felt that, after expending so much energy in the relay, the race was a moment of truth for him, especially at his age (32 – the oldest male on the United States’ team).

The following year, Lezak was expected to compete in Rome for World Championships. Instead, he celebrated his Jewish heritage by participating the 2009 Maccabiah Games in Israel. He lit the torch at the Opening Ceremony and won gold medals in four events – the 50-meter and 100-meter freestyle, and both the 400 free relay and 400 medley relay. During the Games, he was also inducted into the International Jewish Sports Hall of Fame.

Lezak returned to Team USA for the next round of World Championships in Shanghai. He helped Phelps, Garrett Weber-Gale, and incoming sprinter, Nathan Adrian, to a bronze in the 4 x 100 free relay. The following year, Lezak became the oldest member of Team USA when Dara Torres failed to qualify for the Olympics. He acted once again in the role of captain for the Olympic squad alongside his relay-mate Brendan Hansen, Peter Vanderkaay, Natalie Coughlin, and breaststroke favorite, Rebecca Soni. While an important presence within the community at London, he was only entered in one race for the 2012 Olympics: the 400 free relay. He swam in preliminary heats, earning a silver medal after finals.

Unlike many of his colleagues, Lezak chose to retire in the months after the Olympics, rather than immediately afterward. He officially announced leaving the sport competitively in January 2013; his future plans involve swim camps and potentially coaching others. He is also married to Danielle DeAlva, retired Mexican Olympian with whom he has two children; they are taking swim lessons. Since retiring, Lezak became a motivational speaker for a variety of audiences, some corporate, others a little more familiar – swim clinics for kids. Like he did for swimming, he has travelled around the world for speaking commitments, although he was home to make an appearance at 2014 Nationals in Irvine. In his free time he still swims every week or so, if only for short bursts. The sprinter’s way.