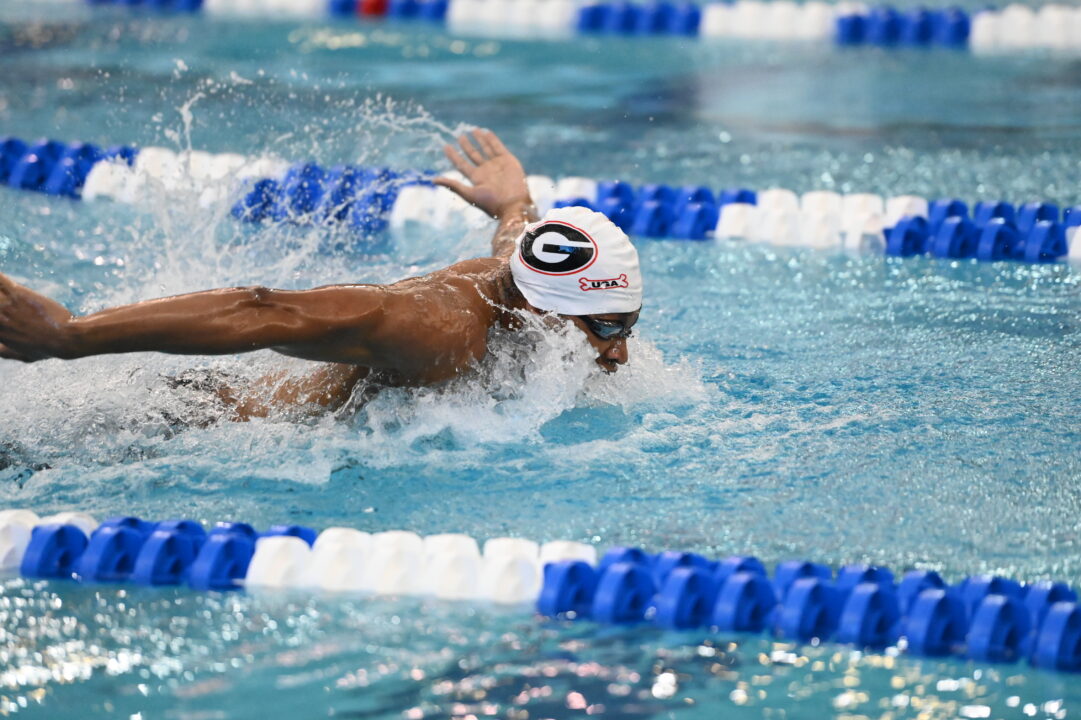 Tonight’s A final of the 100 fly at the 2021 NCAA Men’s Swimming & Diving Championships was the fastest of all-time. No, it didn’t have Caeleb Dressel shattering the NCAA Record, however, it was the first time ever that all 8 swimmers in the A final swam under 45 seconds. They cut it close, as UGA’s Luca Urlando touched in 44.99 for 8th, but nonetheless, all 8 clocked a 44-point-something tonight.

Here are the results from tonight’s A final:

The speed of tonight’s A final marks another record as well. There have now been 28 sub-45 second performances in the men’s 100 fly during the 2020-2021 NCAA season. This shatters the previous single-season record of sub-45 performances, and marks the first time there have been 20+ of such swims in a season.

The swimmer who broke 45 most often this season was Georgia senior Camden Murphy, who did so 5 times over the course of the 2020-2021 season. Texas Alvin Jiang was 2nd in that category, having swum 4 sub-45s this year. Interestingly, Ryan Hoffer, the NCAA Champion from tonight, holds the top 2 times in the NCAA this season, but has also only been under 45 twice this season, both of which were swum today. Another interesting note, Texas A&M’s Shaine Casas has been under 45 3 times this season, but decided not to swim the 100 fly at NCAAs, swimming the 100 back instead (which he won).

Who was the first guy under 45? Was it Crocker?

I think it was Austin Staab of Stanford, wasn’t it?

Staab had such a weird career

I can’t tell any of my friends how much I love these nerdy statistical articles. They’d never understand.

that chart really speaks volumes. Pretty wild. Kudos to all the A-final swimmers. It wasn’t easy to get there.