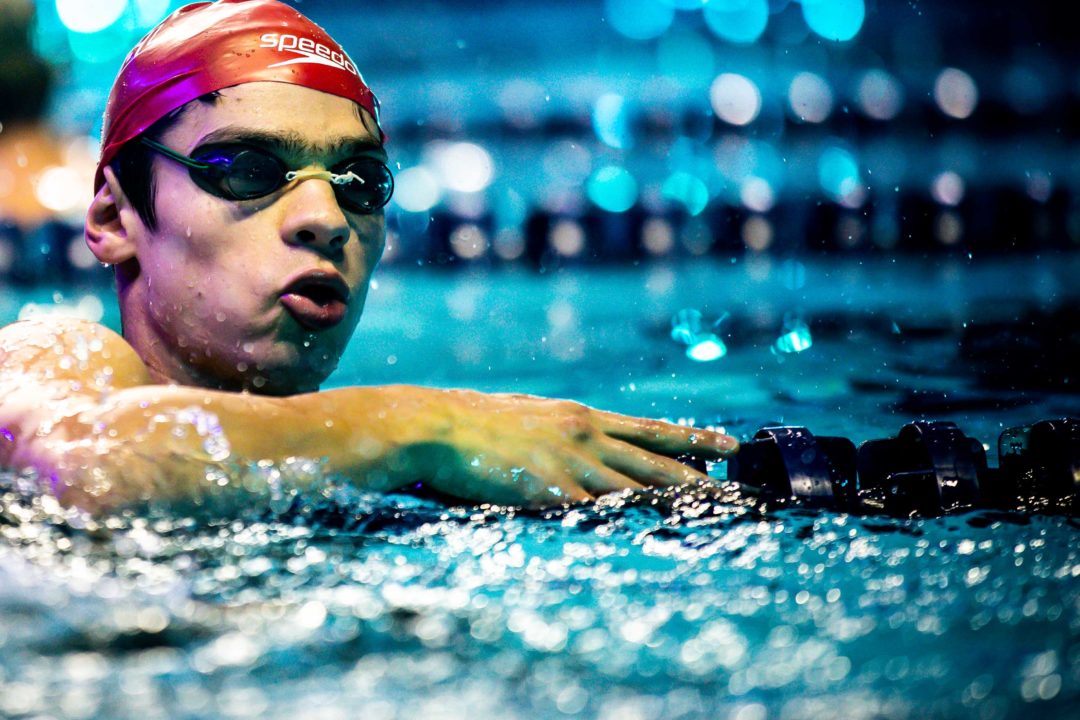 Evgeny Rylov's European Record in the men's 200 backstroke is among the top performances we've seen in 2021. Archive photo via Jack Spitser/Spitser Photography

The first two weeks of April have been hectic as we’re now fully entrenched in long course season and countries all over the globe are holding their Olympic qualifying meets in preparation for the Games this summer in Tokyo.

This article will provide those who haven’t been able to fully follow along a bird’s-eye view into the top meets and performances that have wrapped up recently.

The swim of the meet belonged to Evgeny Rylov, who broke the European and Russian Records in the men’s 200 backstroke in a time of 1:53.23, lowering his previous mark of 1:53.36 set at the 2018 Euros. He now ranks first in the world this season by more than two seconds.

Shoma Sato dropped the second-fastest 200 breaststroke in history at the Japan Swim in Tokyo, clocking 2:06.40 to lower the Asian Record of 2:06.67 previously held by Ippei Watanabe. Only world record holder Anton Chupkov (2:06.12) has been faster.

24-year-old Ryuya Mura upset Watanabe for the second spot in the event behind Sato, touching in 2:07.58 to sit third in the world this season.

Nicolo Martinenghi was on fire at the Italian Spring Nationals in Riccione, resetting a pair of National Records in the men’s 50 and 100 breaststroke. Martinenghi’s times of 26.39 and 58.37 make him the third-fastest swimmer of all-time in both races, and he also ranked first in the world in the 100 this season prior to Adam Peaty’s 57.7 on Wednesday.

Fabian Schwingenschlogl became the first German man under 59 seconds in the 100 breaststroke, touching in 58.95 in Heidelberg to slot into sixth in the world rankings. The former Mizzou swimmer lowered the 2009 National Record of 59.15 held by Hendrik Feldwehr.