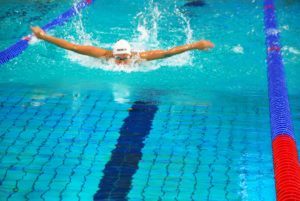 Annika Bruhn is one of seven ONEflow members who is currently training with the German National Team, which “contradicts” their belief as a team. 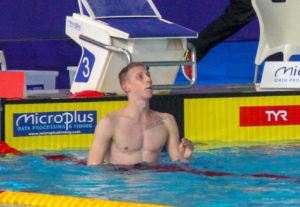 Competing on day 2 of the German Swimming Championships, Florian Wellbrock posted an 800m free time that would have finished 8th in the final in Gwangju. 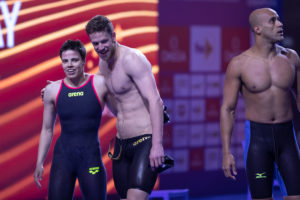 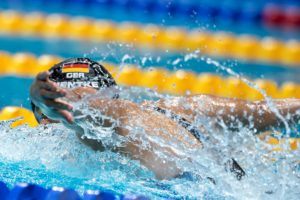 Fabian Schwingenschlogl was born on August 15, 1991. He is from Nuremburg, Bavaria, Germany and attended Bertolt-Brechet-Schule Nuremburg before heading to the States to swim for Western Kentucky University. Father, Christian, was a Champion Volleyball Player in Germany.

Even though Fabian only joined WKU in the second half of the season, he made an immediate impact. As a freshman, he gave WKU its first All-American since 2011, finishing eigth at NCAA’s with a time of 52.25. He was named Conference USA Male Swimmer of the Meet at the Conference meet.

Western Kentucky Men’s Team was suspended, so Fabian transferred to the University of Missouri. At the NCAA Men’s Championships, Fabian captured Mizzou’s first ever NCAA title, winning the 100 breaststroke and moving to the sixth fastest all time swim with a 51.29.

At his final NCAA Championship meet, Schwingenschlogl swam to the silver medal in the 100 yard breaststroke in 50.77 behind Texas’ Will Licon. He also won bronze medal as a member of Missouri’s 400 yard medley relay. The team also combined in the 200 yard medley relay, but just missed out on the medals, finishing fourth.

Schwingenschlogl final race was the 200 yard breaststroke, where he finished 35th.

In 2009, Schwingenschlogl represented Germany at the European Junior Championships where he picked up a bronze medal in the 400 meter freestyle relay.