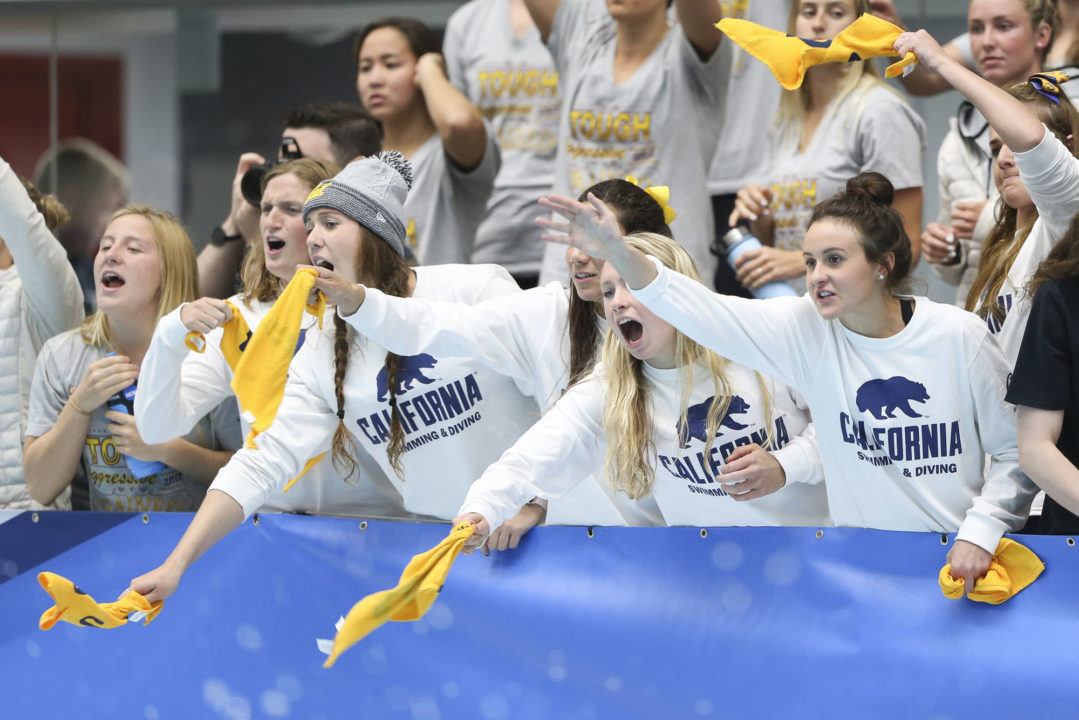 Cal's women's swimming & diving team added the 11th member of its class of 2021 with the signing of Canada's Sarah Darcel. Stock photo via Tim Binning/TheSwimPictures.com

Cal’s women’s swimming & diving team has added another recruit to its roster for the 2017-18 season with the signing of Sarah Darcel from Victoria, British Columbia, to a National Letter of Intent Tuesday.

A member of Canada’s national team for the FINA World Swimming Championships (25 meters) this past December, Darcel will represent Canada at the World University Games in Taipei, Taiwan, this coming August.

“Sarah is a very versatile, smart swimmer who should make a wonderful addition to our team,” head coach Teri McKeever said. “She just did a great job at Canada’s World Championships Trials, making their World University Games team for this summer. We look forward to Sarah joining our program.”

Darcel captured individual gold of her own in the 400 IM at the 2016 Junior Pan Pacific Championships in Maui last August, touching the wall in 4:39.83. In addition, she earned silver medals after swimming the anchor leg on Canada’s 400 free relay and 400 medley relay, while taking fourth in the 200 IM and seventh in the 200 butterfly.

At the 2016 Canadian Olympic Trials, Darcel placed fourth in the 200 IM and fifth in the 400 IM, and also competed in the backstroke, breaststroke and butterfly events.

Darcel becomes the 11th member of Cal’s recruiting class for next season, joining a group that signed with the Bears in the fall. (See our articles on Alexandra Skorus-Neely, Ali Harrison, Briana Thai, Dannie Dilsaver, Elizabeth Bailey, Jackie Im, Kathleen Navas, Natalie Tuck, Robin Neumann, Sophie Krivokapic-Zhou. As a team, Cal is coming off a runner-up finish at the NCAA Championships – the ninth year in a row the Bears have placed among the top three nationally.

Hopefully she will help Cal with their breaststroke and IM.

A breaststroker! I think Cal found the missing piece to the puzzle.

True that Darcel’s capable of scoring in the 200 Br (B final) if her converted 2:09.49 holds for her future SCY performances.

But incoming Bear Harrison’s gone faster in the 100 distance, as has Roses, Weitzeil & Blovad. No Cal woman eligible to swim @ 2018 NCAA’s currently holds a PR that would have made the invite cutoff time for 2017 in the 100 Br, except for Baker.

does it make a difference ? Stanford is still going to win by over 200 points ?

Spoken like a true Trump supporter who can’t spell either!

Ease up cowboy, why don’t you let 2018 make their own decisions.