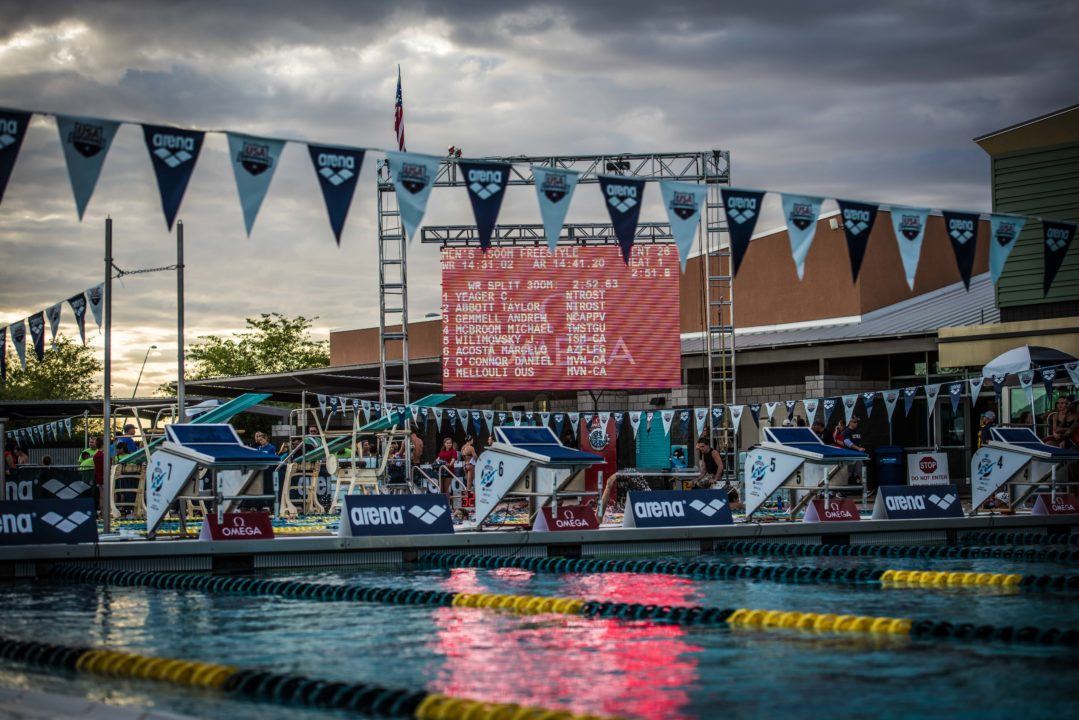 When I met Cameron, Tanner, and Kyle, I knew I had found the kids that had a shared level of swim geek with me Current photo via Mike Lewis/Ola Vista Photography

I grew up in Columbia, Missouri, where the University of Missouri is located. In high school, they built the aquatic facility that now houses the Mizzou swim team. They also used to host the Missouri Grand Prix at that pool, and being a kid on Columbia Swim Club, we either swam in the meet if we had the cuts, or we would volunteer at the meet. It was by far one of the coolest experiences I had as a high school swimmer: not only getting to watch my idols compete in the pool I swam in every day, but to also interact with them.

When I met Cameron, Tanner, and Kyle, I knew I had found kids that had a shared level of swim geek with me. They swim for Mesa Aquatic Club, the club who hosts the Arena Pro Swim in Mesa, and volunteer their time to make sure the meet goes smoothly. But they also took full advantage, and watched as many races and took as many pictures as they could during the weekend. Once I sat down with them, it was obvious to see that they were as big of swim fans as they come.

But when I go down to the local pool and ask teens to take videos with me in my van, I get chased off.