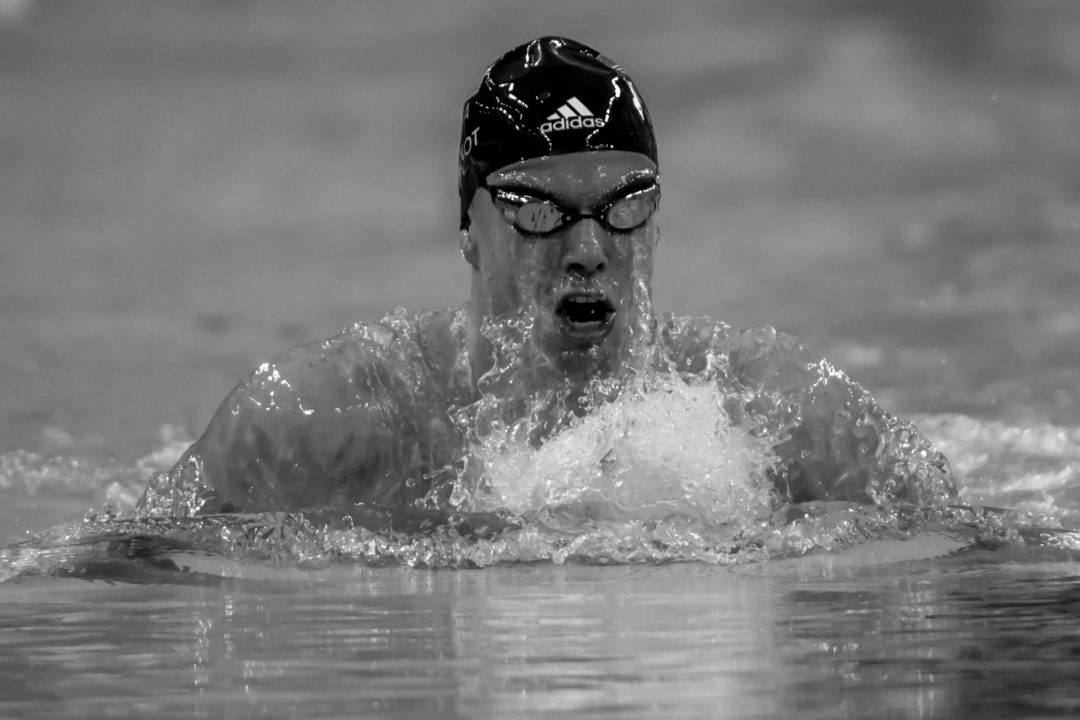 Hali Flickinger ﻿and ﻿Josh Prenot ﻿earned the most points of anyone competing in Indianapolis, but it wasn't quite enough to earn the Arena Pro Swim Series points leads over ﻿Melanie Margalis ﻿and ﻿Daiya Seto, ﻿respectively. Archive photo via Mike Lewis/Ola Vista Photography

Hali Flickinger and Josh Prenot earned the most points of anyone competing in Indianapolis, but it wasn’t quite enough to earn the Arena Pro Swim Series points leads over Melanie Margalis and Daiya Seto, respectively.

Just two meets in, this year’s Pro Swim Series is shaping up to the one of the closer in recent memory. Typically, an athlete or two will run away with an early lead, but nothing is too spread out at this point. Seto leads the men by 10 points at the moment, but will be ineligible to swim the series finale, U.S. Summer Nationals, which counts for double points.

Also earning big numbers in Indy on the women’s side: Zhu Menghui (9) and Federica Pellegrini (7).

Teh other top male earners in Indy were Xu Jiayu, Nathan Adrian and Li Zhuhao, who had 10 apiece.

The reason there’s no run away winner on the women’s side is Hosszu isn’t participating, and Ledecky is in college 🙂

I can’t still believe the 1-year lease of a BMW car.
BMW is really stingy in that case. They can’t give the car forever?