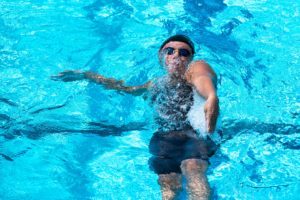 17-year-old American Isabelle Stadden will compete in the women’s 200 back on day two of the Pan Am Games in Lima, entering as the #1 seed. 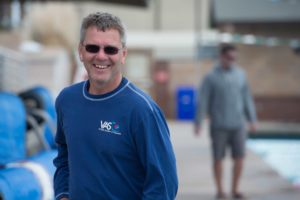 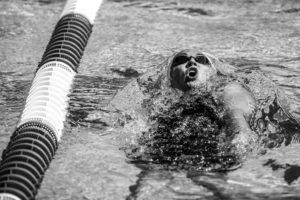 Canada will be using their upcoming Trials as the sole means of qualification for the Pan Pacific Championships. 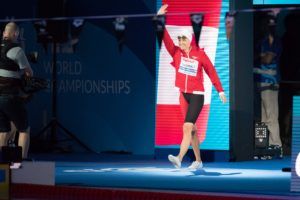 2016 Olympic medalist Hilary Caldwell has announced her retirement from swimming. 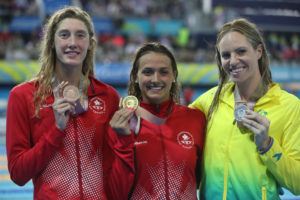 100 back medalists Taylor Ruck, Kylie Masse and Emily Seebohm will do battle once again in the 200 back final on day 4 of the Commonwealth Games.

Hilary Caldwell
Hilary Caldwell is a Canadian backstroke specialist and Olympian. She had an extremely strong age group swimming career representing the Pacific Sea Wolves Swim Club, a team that is located in White Rock, BC. Under the guidance of Brad Dingey and Annie Wolf, Caldwell became a decorated individual medley swimmer.

University of Victoria
In 2009 Caldwell attended her first year of school at the University of Victoria and began swimming with coach Randy Bennett at what is now known as the Island Swimming Academy. Under the guidance of Bennett she switched her focus to the backstroke events. Caldwell’s first success on the international stage came in 2011 when she won the silver in the 200 backstroke at the World University Games in Shenzhen, Guangdong, China.

2012 Olympics
At the 2012 Olympic Trials in Montreal Caldwell had a fight to the finish with teammate Julia Wilkinson and Dominique Bouchard for the silver in the 200 backstroke behind Sinead Russell. Caldwell qualified to swim the event in London, and at the Olympic Games she finished 18th in the event.

2013-2014
The next year Caldwell won the bronze in the 200 backstroke at the 2013 World Championships in Barcelona. She made incredible improvements that year shaving off almost two and a half seconds off her best time eventually setting a new national record posting a 2:06.80. In 2014 she took the bronze in the 200 backstroke at the Commonwealth Games and finished fifth in the same event at the Pan Pacific Championships.

2015 World Championships
Caldwell qualified for the 2015 World Championships in her specialty event, the 200-meter back. She advanced from the semi-finals in 6th place, and competed in the finals in lane 7. She took out the first 100 meters smooth, in 8th place, and began to push the last 100 of the race. Although her time was faster than the semi-finals, Caldwell touched in 7th place, dropping one spot in the event.

She also swam the 100-meter back, where she advanced to the semi-finals, but finished in 12th place missing the chance to swim in the championships.

Caldwell earned her first Olympic Medal, a bronze in the women’s 200M backstroke behind Maya DiRado of the US and Katinka Hosszu of Hungary.

Qualifying for the Canadian team again in the 200 back, Caldwell made it to finals with her countrywoman, Kylie Masse. In the final, Caldwell touched 7th in 2:07.15.

After contemplating retirement after the 2017 World Championships in Budapest, Caldwell went to train on the Gold Coast with Australian coach Michael Bohl at Griffith University with the support of HPC-Victoria Head Coach Ryan Mallette. Heading into the 2018 Commonwealth Games, she had already made the decision it would be her last competition.

I made this shot while I was waiting to get in the water with the Victoria Swimming Academy during their training camp in Southern California. I was watching the swimmers come off the wall during their turns and noticed the way the water drops were catching the light. I decided to experiment with a very narrow depth of field to capture this shot of Canadian Olympian Hilary Caldwell Hilary Caldwell (photo: Mike Lewis, Ola Vista Photography) Hilary Caldwell, Missy Franklin, Belinda Hocking, 200 backstroke final, 2013 FINA World Championships (Photo Credit: Victor Puig) (Courtesy Swimming Canada/Ian MacNicol)