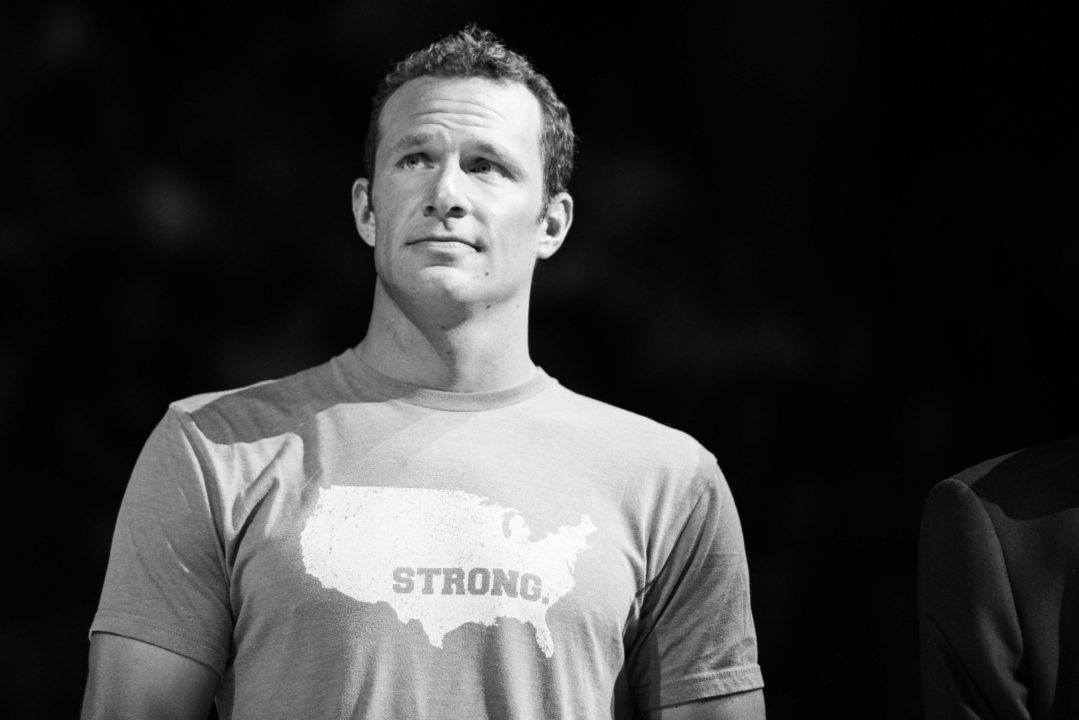 In an email sent to the membership on Wednesday evening, Brendan Hansen has announced his resignation as head coach of the Austin Swim Club. He has served in that capacity since 2014.

As a coach with the Austin Swim Club, counted among Hansen’s athletes was Dakota Luther, who at just 17-years old qualified for the U.S. World Championship team last year in the 200 fly. He was also the coach of Matthew Willenbring, who was a member of the U.S. World Junior Championship team and won 3 medals before having them stripped after a positive doping test. Luther will swim at Georgia next season and Willenbring at Texas.

I am saddened to be writing this email, but I want the news to come from me versus you hearing through the grapevine. Unfortunately, this is the fastest way to reach you all–I would much rather tell each of you in person.

It is true, I am parting ways with Austin Swim Club. Owners Patti and Kevin Thompson and I have differing opinions as to the direction and operation of our team. I am leaving based on my own personal personal decision and my own free will.

I will deeply miss all of you and am forever grateful for the family we have created. Know I am not a stranger and will always care about each and every one of you and your families.

Thank you for our time together. If you have questions, I am always here.

Every one of those top swimmers came to the team with Juniors or Nationals cuts. I have not seen him develop any serious talent from zero. A couple good years because you are the shiney penny and your the next Eddie, please! Other teams built those kids, not Hansen, he was an unpaid Lost Creek coach before he was plucked from nothingness by ASC. He will be fine but he will learn a hard lesson from this terrible misstep. Ego Kills

If he is such an amazing coach, why would he “resign” right before nationals and leave his swimmers behind???? Something doesn’t add up!

Agreed, I’d like to see an explanation on his abandonment of his swimmers

Something tells me he’s in Irvine right now doing what he does best for those “abandoned” swimmers.

Ah yes, Redsky, he actually is in Irvine right now supporting the only two or three swimmers he actually cares about (Nationals qualifiers) while the ones who actually depended on him are left behind. Those are the abandoned ones.

I still don’t think he abandoned them although, I do see why they would feel abandoned. In fact, I imagine that the feeling of abandonment extends to at least a few of the Masters swimmers whom he also coached. It’s never easy losing a good coach you’ve looked up to for inspiration and guidance. But Brendan spent nearly four years building a very qualified and well-respected coaching staff and he left his swimmers in good hands.

Best of luck to both the athletes and BH as they continue moving forward.

I remember Brendan as a swimmer, and I have had the opportunity to work with him for years as an official. He has always been a top-notch person to work with. I hope he finds a new position as a coach somewhere nearby. If not, it would be a real lose to the swim community.

Just noticed a little error in the article, Josh Artmann is a rising Junior, not a Sophomore. Cheers.

As I’ve said above, it is obvious to anybody that has seen both sides that Brendan left of his own volition and his desire for an elite team. Hold Brendan accountable for his own actions, as they are the ones that are “counter-productive.”

Great athlete. Great coach. Even better person. USA Swimming has benefitted from BH for many years through his many roles. Best of luck.

Wish both BH and ASC the best!!