The U.S. Worlds Team Got Younger, But Not By as Much as We Thought 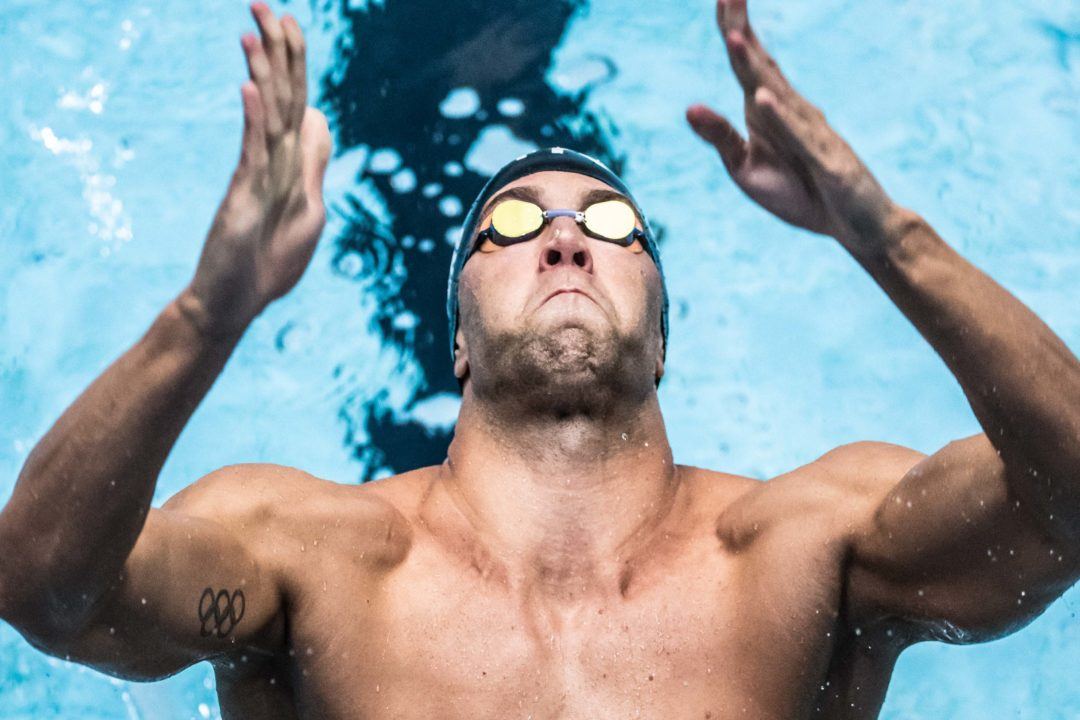 At 32 years, 127 days, Matt Grevers is almost 4 years older than any other member of Team USA. Archive photo via Mike Lewis/Ola Vista Photography

The United States’ team for the 2017 World Championships has gotten younger – but perhaps not by as much as you’d expect.

It feels like that gap should be bigger. There were 5 members of the 2016 U.S. Olympic Team who were at least 30 years old, and none of the 5 (Phelps, Lochte, Weir, Ervin, Plummer) are on this year’s World Championships team. Other veterans from Rio like Tom Shields, Dana Vollmer, Allison Schmitt, Jimmy Feigen, and Connor Jaeger are also not on this year’s team.

There are also far more teenagers on this year’s team, including 15-year old Regan Smith and 17-year olds Robert Finke and Dakota Luther.

What seems to have happen, in spite of the extremes on both ends getting younger, is that the ‘middle class’ of swimmers have been rewarded for prolonging their careers beyond college. Swimmers like Zane Grothe and Katie Meili and Melanie Margalis have brought up the average age. The median age of the team is 22 years and 100 days, which is fairly close to the mean age. The median age, which is one way to control for the effects of outliers (like the 15-year old Smith), being so close to the mean age indicates that it’s this group in the middle that has the biggest impact on the average age of the team, and that median lands where one would expect – right around the age of someone recently graduated from college. This year’s team is dense with swimmers in that category.

Also true is that in spite of a lot of turnover, there’s a large core of the team that remains the same from Rio, and that core is one year older than they were at the Olympics. If one compared the average age of this year’s Worlds team on August 5th, 2016 to the age of the Olympic Team on August 5th, 2016, that gap would be more like a year and 9 months, which is more what the perception of the shift is.

Each swimmer’s birthday and age

I love how the section of outer space in which the earth was facing when someone was born is somehow relevant.

When you get older like 26 you recover slower than younger swimmers, and you need longer tapers, maybe too long at times.

This is in reference to zodiac signs

What was the total age of the Rio team? Useless? Yes. But I’m still intrigued.

1073 years with 46 swimmers. I think we included open water swimmers in that total.

Luther and Finke being one day away from twinning <3.
Team Taurus consisting solely of baller surprise qualifiers. <3
Every member of Team Leo <3.
Madisyn Cox being the ONLY Gemini <33.
And one of the chillest Team USA members sharing a birthday with 75M FREE. <333

Taurus will surprise you.Zane Grothe born on 4/22 same date as me. There are few elite swimmers born on 3/22

Why do people dislike him correcting himself? Kids.

not many Scorpios at all : i counted Pieroni and Luther only .