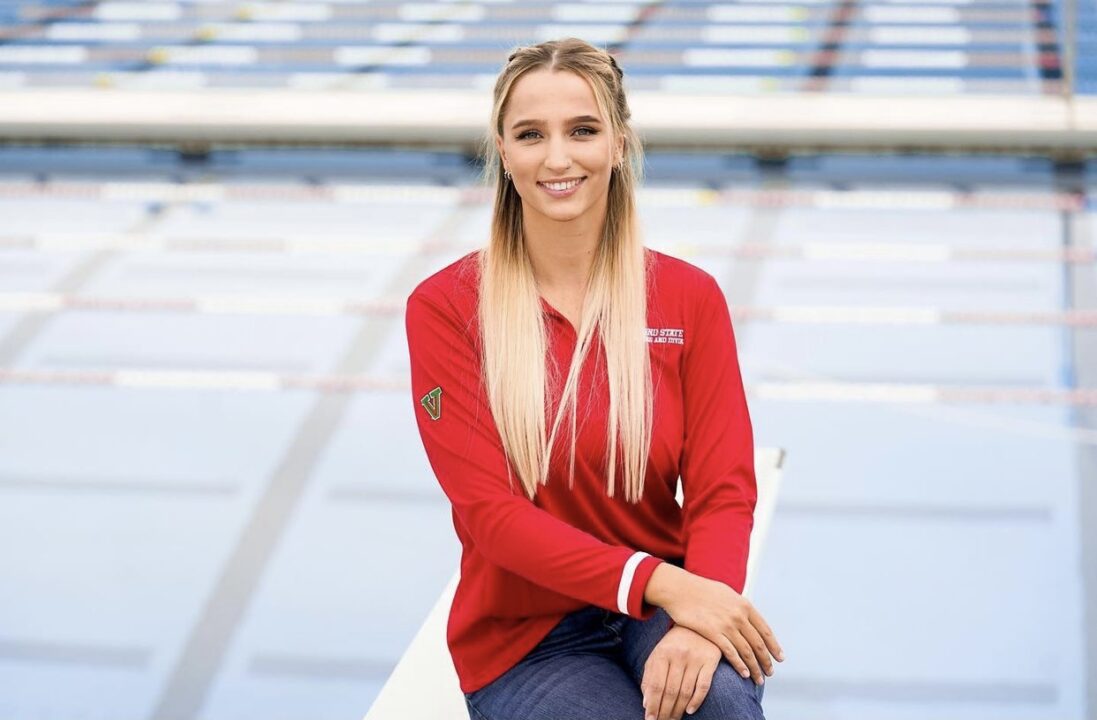 After spending the first four years of her collegiate career competing at Fresno State University, Antonina Guryeva will be making the move to the state of Michigan where she will be joining DII Saginaw Valley State University for her fifth year of eligibility that was granted to her due to the Covid-19 pandemic. She joins a growing list of athletes who have elected to make use of their 5th year of eligibility to continue their NCAA career, either at the same school or after transferring. Guryeva is originally from Moscow, Russia and majored in mass communication and broadcast journalism at Fresno State.

While swimming at Fresno State, Guryeva was a multiple-time finalist at the Mountain West Conference Championships. In her senior year, she competed in the B-final of the 50 free and C-final of the 100 free, swimming to lifetime best in both races. In the 50, she touched 15th in finals in 23.68, while she finished 20th in the 100 in 51.68.

While she chose to pursue swimming following high school in Russia, Guryeva was among her nation’s best synchronized swimmers. She won Russia’s national championship for synchronized swimming in 2013, 2014, and 2015, and was awarded the title of Master of Sports of Russia for the sport.

A sprint freestyle specialist, Guryeva will make an immediate impact on the Saginaw Valley team when she arrives on campus this fall. She would have held the program’s fastest times in her three events by wide margins during the 2020-21 season. Her lifetime best in all three will also immediately put her easily in scoring position at the Great Lakes Intercollegiate Athletic Conference (GLIAC) Swimming and Diving Championships.

In addition to the immediate impact that she will make on the program, Guryeva will also have the potential to rewrite the school’s record books during her one season with Saginaw Valley. Her lifetime best in both the 50 and 100 free put her just .37 off of the program records in those events. Both of those were set by Melanie Soenksen in 2017.

So proud of you Tonya!